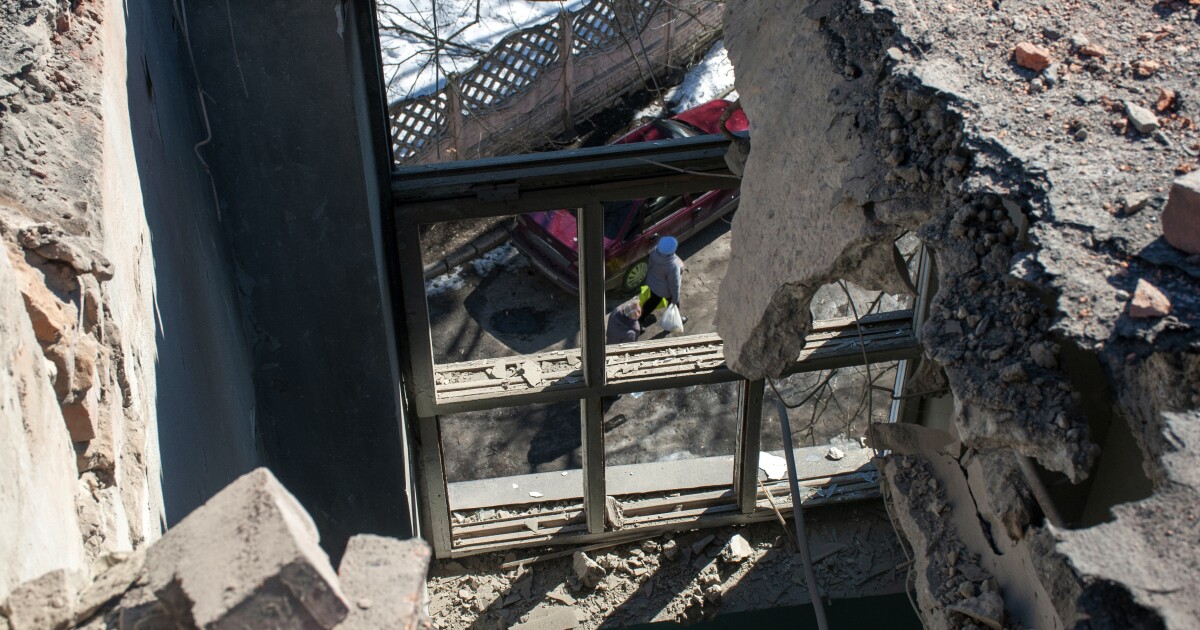 A survivor of the Holocaust was killed by Russian forces in Ukraine, officers mentioned.

Boris Romantschenko was reportedly killed when Russian shelling hit his residence in Kharkiv, based on the Buchenwald and Mittelbau-Dora Memorials Foundation.

The basis mentioned he had survived focus camps in Buchenwald, Peenemünde, Dora and Bergen Belsen.

Ukrainian President Volodymyr Zelenskyy reportedly paid tribute to Romantschenko in his every day remarks on Monday.

“He survived… the death conveyors created by the Nazis. And he was killed by a Russian projectile that hit an ordinary Kharkiv high-rise building,” Zelenskyy mentioned, based on NPR. “Each passing day of this war makes it increasingly clear what their ‘denazification’ is.”

Russian President has repeatedly used the time period “denazification” to justify the invasion of Ukraine.

Zelenskyy, who’s Jewish, has claimed historical past is repeating itself and has repeatedly requested the world to do extra to guard Ukraine.