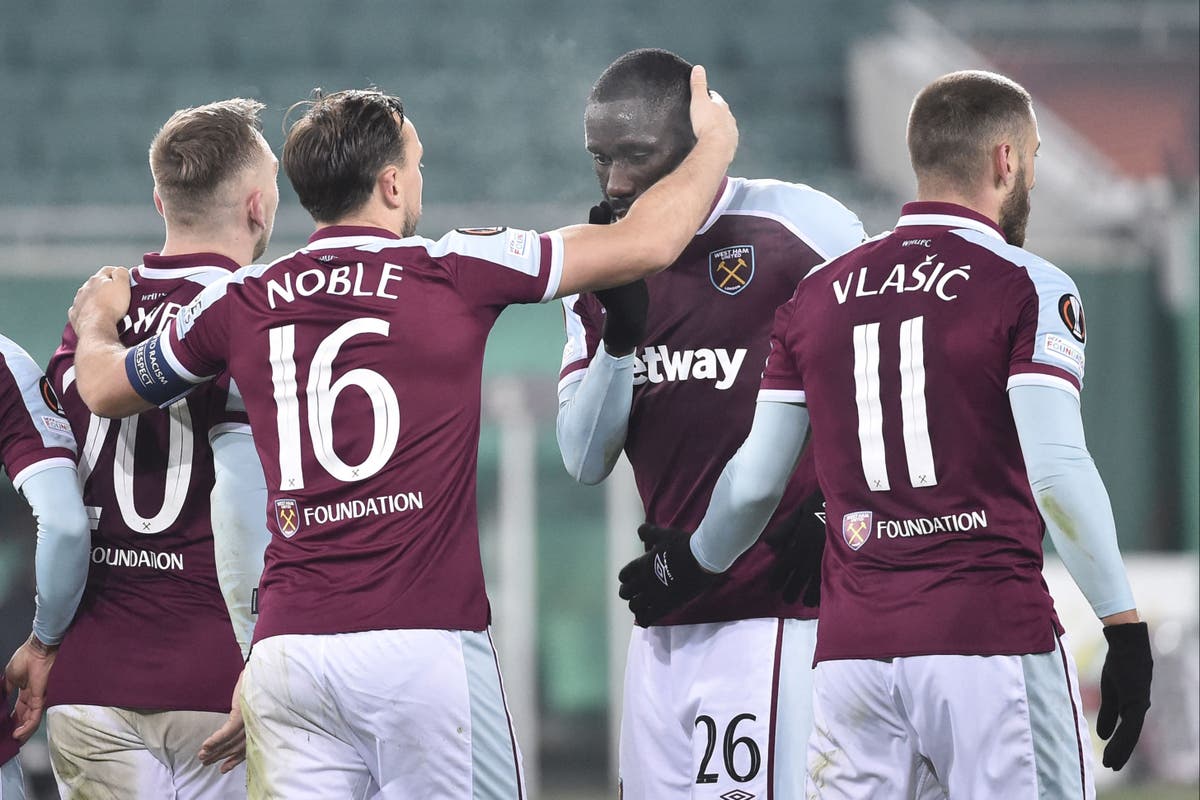 ith empty stands and a run of the mill win, this may not be one which lasts too long in the memory – but victory here marks a significant night for West Ham.

The Hammers are in the hat for the Europa League last 16 having made the group stage look far too easy for first timers. Imagine saying that 18 months ago.

David Moyes has constantly said that this side are learning on the job in Europe this season, the club’s first foray into this level of the competition. They are quick learners on this evidence.

There were eight changes from Saturday’s loss at Wolves but Moyes called on plenty of European experience in Alphonse Areola, Yarmolenko and Czech duo Tomas Soucek and Vladimir Coufal.

Moyes has set high standards though and was onto all of them following a slow start.

Jarrod Bowen should have opened the scoring early on when he poked an Arthur Masuaku cross just wide early on but aside from that there was little of note in the opening half hour.

Things began to click before the break and after a sloppy start out on the right wing, Yarmolenko made his mark.

Nikola Vlasic, looking to make a point of his own, clipped a cross to the far post where Yarmolenko rose to nod back across and in.

Moments later the Ukraine international was making things happen again, tripped in the box to win a penalty which Noble converted to notch his first proper European goal and cap a fine performance in midfield.

That Moyes was able to hand 17-year-old Sonny Perkins a West Ham debut in the second half says it all. The only drawback of the evening was that there were so few here to celebrate it.

West Ham fans had already been banned by UEFA before Austria was plunged back into lockdown and the game played behind closed doors. But the party goes on and into the knockouts now.

West Ham may have had a favourable draw but they have made such light work of this group. Moyes wanted European football after Christmas and has just that.