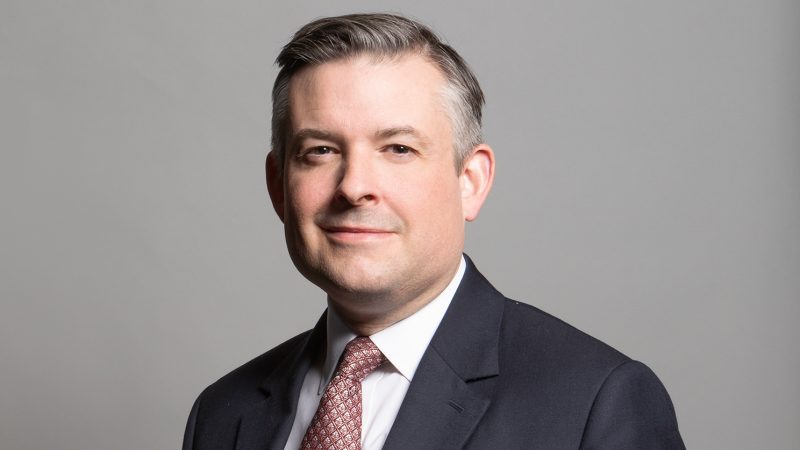 Elective waiting lists are the highest ever recorded. The target on A&E waiting times has not been met for six years and ambulance response times are the worst ever, endangering patients. More and more people are being forced to pay for private operations, no longer able to bear the painful wait and 1.5 million older people are going without the social care they need. This is the devastating result of a decade of Conservative neglect that left our health and care services weakened and exposed when the pandemic struck.

The Tory solution to the mess they have made? To embark on an unnecessary and distracting top-down reorganisation of the NHS, when it faces potentially the most difficult winter in its history. I fear the proposals could do far more harm than good. There are no safeguards in the government’s plans to prevent private involvement in healthcare, or the cronyism and reckless wastage of public money that we have seen throughout the pandemic. In fact, by making it possible to award healthcare contracts of unlimited value to profit-motivated firms without having to advertise and allowing such companies to sit on NHS decision-making boards, we could see yet more of this.

Whether it be Matt Hancock’s pub landlord, former Tory councillors or Conservative Party donors, under the guise of emergency contracting without competition, ministers’ mates have been handed billions in public funds in exchange for duff personal protective equipment, dodgy testing and poor-quality services.

Worryingly, we’ve also recently seen large, profit-motivated firms like the American healthcare corporation Centene/Operose making inroads into primary care using ‘alternative provider medical services’ contracts. They are now the largest GP surgery network across the UK, and under the new system, there is nothing to stop them sitting on budget-holding NHS boards. We simply cannot allow this to become the norm for our health and care services. That’s why Labour is proposing amendments to the health and care bill to stop private companies sitting on NHS boards, safeguard against crony contracting and ban these APMS contracts so they can no longer be abused by such companies.

It’s not just the potential for unchecked private involvement in our health system that worries me – our concerns with the bill are wide-ranging. Questions remain about how the new system will work. The role of local authorities is ill-defined, funding flows are unclear and it is far from obvious what benefits the bill will bring for patients, carers, families or communities.We don’t even know how much the reorganisation itself will cost – the government’s own impact assessment was unable to estimate a figure.

Not that the Tories aren’t spending anything on it. To recruit leaders of new integrated care systems, eye-watering salaries of over £200,000 have been put on the table. Scores of blue-chip head hunters have received huge fees. Hours and hours of management time has been wasted on selection panels, stakeholder events, interviews and deliberations.

Yet many posts remain unfilled. Those who might be capable of doing the job have made clear they are not interested – no matter how large the financial bung to try to get them on board. Those who are interested have been told they are not capable. Those that have until now been doing the job of commissioning local health services are being forced to humiliatingly reapply for their roles, and if considered no longer fit for purpose they will be paid off with large redundancy packages.

Not even the Secretary of State is convinced by the changes. In the summer he wrote to the Prime Minister asking for the proposals to be delayed, because “significant areas of contention” had yet to be resolved. He clearly doesn’t believe that it will lead to an integrated health and care system, since he is planning to bring forward another white paper on the subject later this year.

One thing the bill does do is hand controversial powers to Sajid Javid and it has thus been dubbed an “audacious power grab” by some. The brainchild of his predecessor, the provisions allow the Secretary of State to pick and choose when to interfere in how local services are run, potentially on political grounds, and undermine the operational independence of the NHS.

If I was in charge, I would be focusing all my energies on addressing the unprecedented challenges the system faces, yet the health and care bill completely fails to do this. According to the latest figures, an equivalent of approximately one in ten people are currently waiting for NHS treatment, yet the term ‘waiting times’ is not mentioned once in the entire bill.

Our social care system is in crisis, yet out of the 139 clauses, there are only two on social care. To add insult to injury, the Tories want to add just one more, that waters-down the cap on social care costs so the poor pay more. And despite the chronic workforce shortage, with 100,000 vacancies across the NHS and another 112,000 in social care even before the pandemic, the single clause in the bill related to workforce planning is woefully inadequate.

It’s clear the Tories are making it up as they go along, with no coherent plan for the system. We have warned that a punishing tax rise on working people without any action on staffing will not reduce the enormous waiting lists, nor will it tackle the immediate crisis social care. Tinkering with the system will not deliver more care but in fact, could well deliver less.

Instead, we need a proper solution for rescue and reform that brings waiting times down, including a credible, long-term strategy for NHS recruitment and retention. This must come alongside a long-term plan for the care workforce as part of wider reforms to fix social care. This is exactly what patients deserve and is exactly what Labour would deliver.