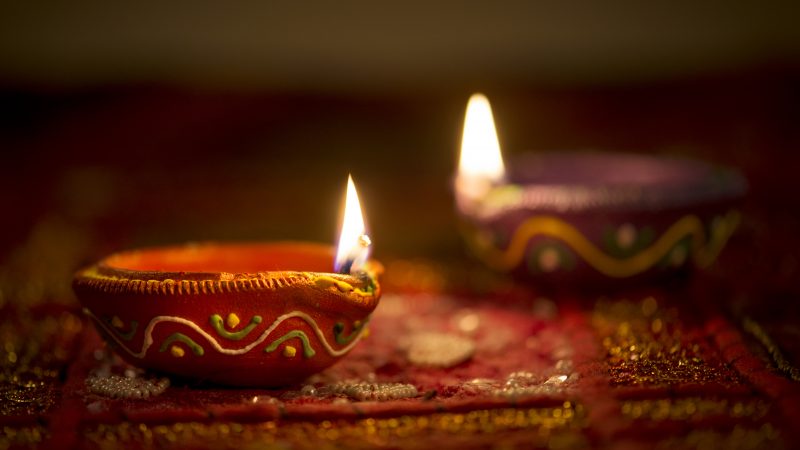 In recent days, Hindus, Sikhs and Jains across the world have celebrated Diwali. For us, this is one of our most important festivals celebrating the triumph of good over evil; the festival of lights triumphing over darkness.

It feels particularly welcome to be able to celebrate together again after the 18 months we have all endured, and hopefully we can begin to look forward to better times. The British Indian and Hindu community has been an increasingly important and significant part of British life over the past decades, with families settling and playing an active part in British society – and becoming even more visible in political life.

Unfortunately in recent years, the Labour Party has gone from being the only choice for British Indians to inadvertently alienating increasing numbers of a community that is deeply in the core of UK cultural life – from food to festivals, to making a significant contribution to the UK economy.

The Tories have made a ploy to position themselves as the party for British Indians. They have gone further than Labour by appointing Priti Patel and Rishi Sunak to prominent positions, as well as promoting and using several positions in the Lords. We know that this is often perfunctory – the legacy of former Prime Minister and PR-trickster David Cameron, a cynical exercise in attracting votes whilst doing little to actually support or listen to our communities. But it looks like an effort to show British Indians that they care about our community.

It’s sad to say that our Labour Party, the party of equality, has appeared for too long not to reflect the needs and values of British Indians, despite sharing many of the same values. The party has begun to lose their support. The notorious Batley and Spen leaflet featuring Boris Johnson and Narendra Modi caused many voters to lose their faith in Labour. I hope that my voice and those of other British Indians have been heard loud and clear: we need to do more to restore our rightful place in the hearts and minds of the British Indian community.

From Leicester to Harrow, the British Indian community is made up of voters in significant numbers and we have not created the conditions for their voices to be heard or adequately reflected in our party or public life. From council chambers to parliament, we have a dearth of British Indian representatives and in particular those of Hindu and Jain heritage. We need to work closely with groups like Sikhs for Labour, who do fantastic work in campaigning, charity, and increasing representation, to understand how to win back these voters. This Diwali, and under our new leadership, we have a golden opportunity to reverse the trend of British Indian voters leaving Labour for the Tories.

I have spent hours arguing with family and friends, as well as on the doorsteps of some of the 1.4 million British Indians living in the UK, making the case that Labour’s values of supporting communities, championing aspiration and defending small businesses, as well as promoting equality at all levels of society, align with their values and mine.

The Labour Party is at a crossroads. It’s time to put aside our attempts to consider our British Indian community through the prism of foreign affairs, and instead focus on the values that unite us and will resonate and speak to our concerns. That means high-quality education and creating good quality jobs both now and in the future, supporting the aspirations that British Indian families have for themselves and their children, and supporting small businesses that are core to the UK economy.

I know that the party is aware of the challenge ahead, and I don’t doubt that Labour has the appetite and leadership to take this work forward. As we begin the Hindu New Year as marked by the British Gujarati community, Labour must turn this into action that will show our commitment to once again making our party the political home of the British Indian community.