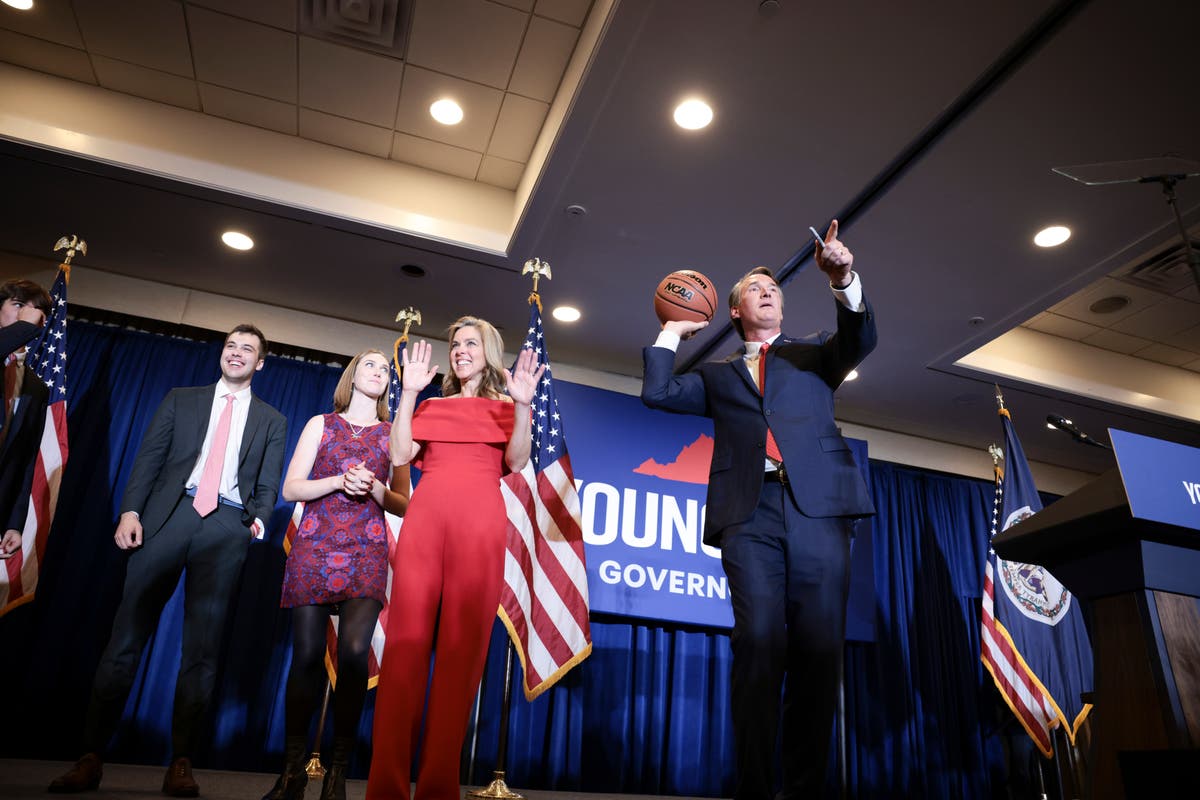 epublicans were celebrating a shock victory in the Virginia governor’s election on Wednesday – a dire result for Joe Biden’s Democrats that could spell trouble for the party ahead of next year’s midterms.

Polls leading up to Election Day showed that Mr Youngkin had closed the gap with Mr McAuliffe by appealing to independent voters – a group alienated in 2020 by Mr Trump’s divisive style of politics.

White women voters, who favoured Mr Biden over Mr Trump by one point in 2020, preferred the Republican by 57 per cent to 43 per cent over Mr McAuliffe, according to NBC’s exit polls.

“I would like to thank my BASE for coming out in force and voting for Glenn Youngkin. Without you, he would not have been close to winning,” he said in one of three statements about the race on Tuesday.

“Together, we will change the trajectory of this commonwealth,” he told the cheering crowd. “And friends, we are going to start that transformation on Day 1.”

Virginia’s race offered a preview of what may be in store in next year’s elections. Culture wars dominated the campaign, with Mr Youngkin promising to give parents more control over how public schools handle race, gender and Covid-19 protocols, and Mr McAuliffe vowing to protect abortion access and voting rights.