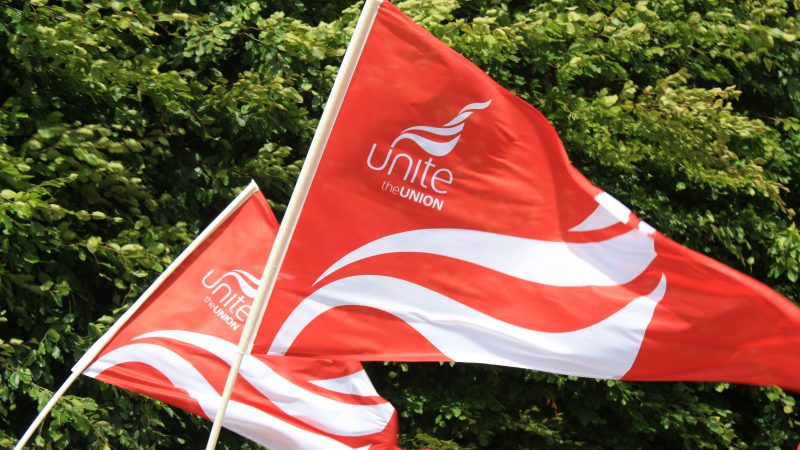 Unite has passed a motion at its policy conference today that commits the Labour-affiliated trade union to opposing first-past-the-post and instead “supporting moves to explore, select and introduce a new voting system for the UK”.

Campaigners against the current voting system used for UK general elections are celebrating the result – particularly because a Labour conference vote on the subject last month only fell due to a lack of union support.

Sources say the Unite motion passed by a show of hands in the hall this morning, and with 32 for versus 20 against online. “This really changes the discussion across the labour movement,” a supporter of electoral reform remarked.

“Our members across this union already use PR to elect their representatives – it is high time that Westminster caught up. Our political class has failed working people and our system is broken. It is time to change our democracy.”

The Labour for a New Democracy campaign said: “We are delighted that at its policy conference, Unite the Union has voted to adopt a policy of opposing first-past-the-post and instead supporting moves to explore, select and introduce a new voting system for the UK.

“Sharon Graham, Unite’s general secretary, has said, “this is a conversation we need to have” and this result will open up and encourage the debate with trade unionists in Unite and the wider Labour movement. We look forward to engaging with Unite on how they can use their collective strength to educate and empower workers and voters.

“Unite’s support builds on that of the three Labour Party affiliated unions which already back electoral reform – as well as the 80% of Constituency Labour Party delegates who voted for PR at Labour’s conference and the majority of the British electorate who support equal votes.

“This is the beginning of a new phase of the Labour for a New Democracy campaign for PR and we look forward to taking the conversation forward with the whole trade union movement.”

At Labour conference 2021, delegates voted against a motion – the most popular among local parties – that would have committed the party to changing the voting system for UK general elections to a form of proportional representation.

A show of hands in the conference hall proved too close to call and a card vote was held. The vote was not carried: although 79.51% of Constituency Labour Party delegates backed the motion, 95.03% of affiliate delegates voted against.

The PR motion did not get backing from the Labour leadership ahead of conference. Keir Starmer had vowed during his leadership campaign to consult party members on electoral reform and to include it in a constitutional convention.

Labour MPs and pressure groups joined forces in September 2020 to launch ‘Labour for a New Democracy’. The campaign to build support for PR within Labour promoted its model motion for members to present in the run-up to conference.

“After unprecedented support from local parties in backing motions calling for reform, now we see that 80% of local party delegates backed reform on conference floor. This in itself is a historic victory for equal votes – and now the Labour Party leadership must listen,” a Labour for a New Democracy spokesperson said at Labour conference.

Below is the full text of the motion passed by Unite.

Conference notes that the UK is one of only three major developed countries to use a First Past the Post voting system for general elections.

There is a consensus among experts that First Past the Post has a strong right wing bias wherever it is used, leading to parliaments and governments that are on average much more right wing that the voters.

This corresponds exactly with the UK’s experience. Most votes went to parties to the left of the Conservatives in 18 of the last 19 general elections, yet the Tories have been in power for 63% of this time. Instead of building a society ‘for the many’, this has created one of the most unequal societies in the developed world, with some of the most restrictive trade union laws.

Conference notes that whilst Labour won more than 10 million votes in the 2019 General Election (more than Tony Blair received when he won in 2005), Labour nonetheless lost 54 seats to the Tories, giving them a large parliamentary majority. Conference further notes that the UK is one of only three major developed countries to use a First Past the Post voting system for general elections. Proportional voting systems are used in many other UK elections.

Conference believes we need a Labour government to reshape society in the interests of workers and our communities. But it is imperative to realise that the current voting system offers no protection against later Conservative governments tearing up these hard fought gains as they have in the past. The world’s most equal and progressive societies all use forms of proportional representation which prevent rule by a right‐wing minority and lock in the hard‐won victories of their Labour movements.

Opinion polling from just before the General Election found that 76% of Labour members believe the party should back a change in the voting system, with just 12% opposed. We believe that the time is right to campaign for change.