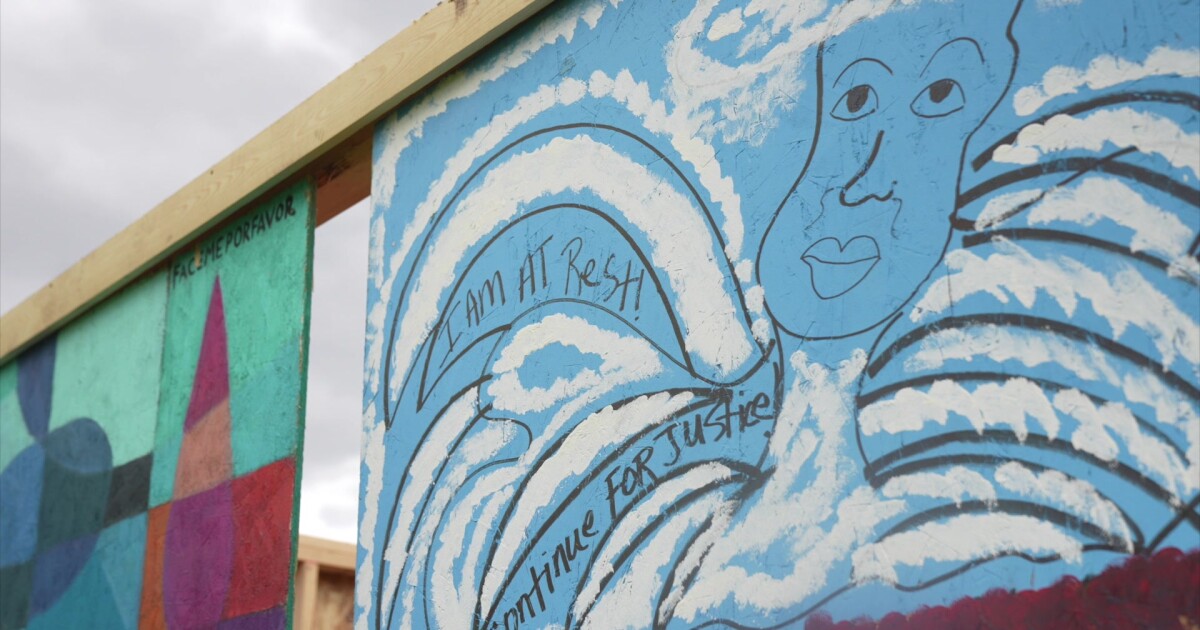 MINNEAPOLIS — Pushed to the purpose of exhaustion, Leesa Kelly is strolling round a public park on the south aspect of Minneapolis. The sound of drilling and hammering virtually echoes out this younger activist’s voice as she works to coordinate a small military of volunteers on a current Saturday morning.

Kelly oversees the nonprofit known as Memorialize the Movement. The group is made up of volunteers who’ve spent the final two years serving to to protect plywood murals collected throughout the Twin Cities within the days and weeks following George Floyd’s homicide in 2020.

“Each one has a story of its own,” Kelly stated.

When we met Leesa Kelly final 12 months, she was standing inside a warehouse in Minneapolis, surrounded by dozens of items of plywood that turned items of artwork through the social unrest that enveloped this metropolis in 2020.

After George Floyd was murdered by Minneapolis Police Officer Derek Chauvin, the Twin Cities had been boarded up. But as companies tried to defend themselves from protests, they unknowingly supplied artists throughout the town with clean canvases.

The plywood boards that appeared to be all over the place out of the blue turned a spot for folks to specific their ache.

“You don’t understand the scale and scope of this and you don’t see the blood, sweat and tears that went into creating them,” Kelly remarked whereas wanting round at dozens of murals that had been displayed within the park.

Up till lately, the plywood murals had been saved in a warehouse, hidden from public view. But now, due to grants and donations, the nonprofit has began displaying these murals for the folks to see.

“Like the literal movement of these structures and when it gets hard, you can’t just quit and you just do it, no matter what,” she added.

Memorialize the Movement is finally hoping to discover a everlasting residence to show these plywood murals. Kelly’s dream is to sooner or later be capable of take them on touring displays throughout the nation.

“We have to continue to do this so people don’t forget.”