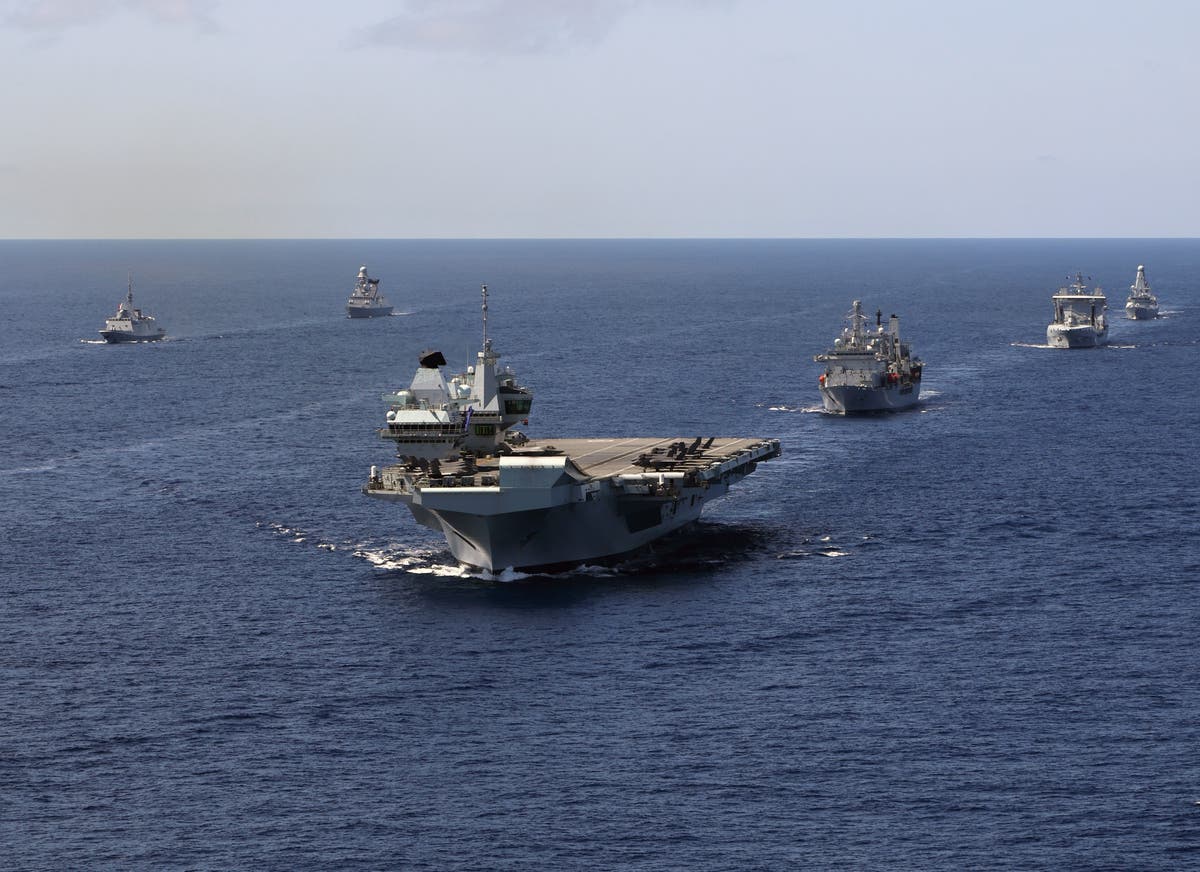 oreign Secretary Liz Truss will underline the growing importance of Britain’s defence ties with India with the visit of the Royal Navy’s carrier strike group to Mumbai.

On the final day of her two-day visit to India, Ms Truss will tour the navy’s flagship,  HMS Queen Elizabeth which is taking part in a series of exercises with the Indian military.

It is part of the carrier strike group’s deployment to the Indo-Pacific amid heightened tensions with China in the region.

Beijing reacted angrily to the announcement last month of a new defence pact between the UK, the United States and Australia – Aukus – widely seen as an attempt to counter China’s growing military assertiveness.

At the same time, India has also been at odds with China after 20 Indian soldiers were killed last year in a border clash with the Chinese military.

It reflects the growing “tilt” towards the Indo-Pacific set out in the Government’s Integrated Review of foreign and defence policy.

Ms Truss said: “Closer defence and security partnerships between the UK and India underpin deeper economic ties and make both countries, as well as the wider region, safer.

“We need to protect our sea and trade routes and, operating from a position of strength, be hard-headed in defending our interests and challenging unfair practices.

“The arrival of the carrier strike group in India this weekend represents the UK’s Indo-Pacific tilt in action. This is a true symbol of global Britain, working closely with like-minded partners like India.”