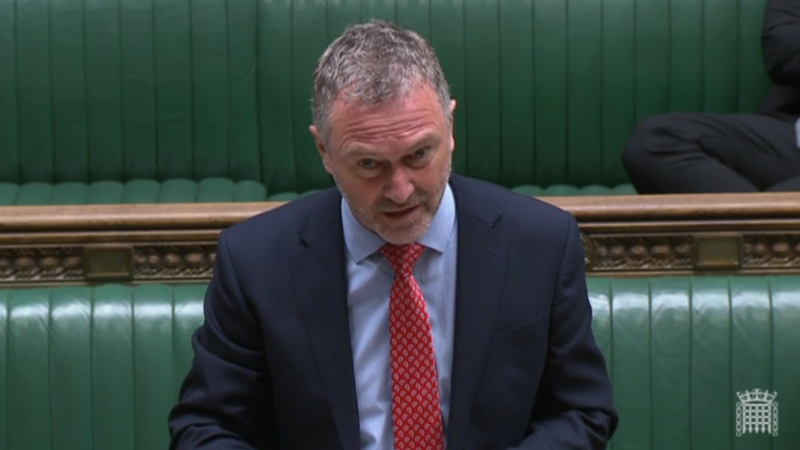 Michael Gove and Rishi Sunak have defended the Budget and Conservative promises to ‘level up’ the country as Steve Reed warned that Britain has been left “more divided and unequal than in living memory” after 11 years of Tory rule.

Addressing the Commons this afternoon during the third day of debate on the Budget, delivered by Rishi Sunak last week, Reed argued that the government has left both MPs and the public unclear as to what ‘levelling up’ means.

“The Secretary of State still can’t clearly tell us what he means by levelling up. I was hoping for a clue in his speech this afternoon, but sad to say we didn’t hear it. At Conservative Party conference, ministers used at least eight different definitions and they still can’t tell us how they would measure it,” the Shadow Communities and Local Government Secretary said.

Reed argued the Budget delivered by Rishi Sunak last week was “supposed to be about levelling up, but it didn’t even convince their own MPs” and criticised the Chancellor for implementing “the highest level of personal taxation for 70 years”.

“Voters won’t be fooled by a smoke-and-mirrors Budget that is presented as being on the side of working people but hands a tax cut to banks while hiking up council tax, National Insurance and freezing personal allowances,” he said.

“Families are the fundamental building blocks of our society. Any government that wants to level up the country should support families to nurture the young and cherish the old but under this government half a million more children now live in poverty with the most dramatic increase in the North East of England.”

Several MPs raised concerns over spiralling levels of child poverty, on which the government’s own figures suggest that 700,000 more children have been pushed into relative poverty since the Conservatives took power in 2010.

Independent research by Loughborough University found that, due to lower earnings, lower tax receipts, and higher spending on public services, the cost of child poverty has increased to £38bn under the Conservatives, up from £8bn in 2013.

Gove opened the debate for the government this afternoon, in his new role as Secretary of State for Levelling Up, Housing and Communities. He declared that “the work of eradicating poverty is not the work of one Budget”.

He argued that there were measures in this Budget statement being taken to address child poverty. Gove, who has served in successive governments since the Tories took power in 2010, described the issue as a “scar that need to be healed”.

Reed told MPs today that the Tories are “split down the middle” between the Sunak “who doesn’t believe his own Budget” and Boris Johnson who “made him read it out”, and divided between “low-tax, traditional Tories” and “Red-Wall reformers”.

The Shadow Communities and Local Government Secretary highlighted Resolution Foundation research that suggests families will end up paying £3,000 more in tax each year than when the Prime Minister took office by the middle of this decade.

Reed criticised the Conservatives for not investing in high streets and services, telling the minister this afternoon: “You cannot level up communities if you strip out the fabric that binds them together.”

He said Labour will establish “clear measures to hold the government to account for what they do or do not deliver”, saying the Budget is not about levelling up but “covering up the damage this government has done over the past 11 years”.

“By deepening the divides across this country, the government has closed down opportunity and made Britain weaker. Only Labour will bring Britain together so every British person, wherever they live, can reach their true potential,” he said.

Facing the Treasury committee today, which sat today, Sunak was asked what levelling up meant to him. He said it is “meant to be the golden thread” that runs through the spending review the two areas he is most focused on is “pride in place” and access to opportunity regardless of background.

He defended the tax rises outlined last week as making a “progressive” improvement to the quality of life of people and necessary to fix the problems caused by the pandemic, but also said he aims to bring taxation down in the future.

“That’s very much my goal, my mission, over the remainder of this parliament, and we took a step in that direction at budget,” Sunak said, offering the changes to the Universal Credit taper as an example.

The Chancellor announced in the Budget that the Universal Credit taper rate, the rate at which the entitlement is withdrawn as a person earns more, will be cut from 63% to 55% in the next few weeks at a cost of around £2bn.

Committee member and Labour MP Siobhain McDonagh described this change as a benefit alteration rather than a change in taxation. The Chancellor rejected this, and argued that the government was taking a “combined approach”.

Rishi Sunak delivered the Budget and spending review last week, saying there would be a real-terms funding rise for all government departments with a £150bn increase, which the Chancellor described as the “largest increase this century”.

He confirmed the planned rise in fuel duty would be scrapped, announced £1.7bn in ‘levelling up’ funding and made a £21bn spending commitment on roads and £46bn for railways, alongside changes to Universal Credit and business rates.

Sunak outlined plans to halve business rates for companies in the retail, hospitality and leisure sectors with the relief to be offered to businesses such as pubs, music venues, cinemas, restaurants and hotels in a tax cut worth £1.78bn.

Other significant announcements in the Chancellor’s statements included an overhaul of alcohol duties and a reduction of taxes on draught beer and ciders, a cut to air passenger duty on domestic flights and a new tax on ultra long-haul flights.

Sunak has been criticised for committing only £1.5bn in new investment in public transport while cutting tax on domestic flights, announcing £21bn for roads and freezing the duty on fossil fuels used by cars for the 12th year in a row, just one week before the start of UN climate summit COP26.

Richard Burgon today called on the government to increase taxes for the top 1% of earners in the UK to aid the country’s efforts to meet its targets for reducing greenhouse gas emissions and to ensure a just climate transition.