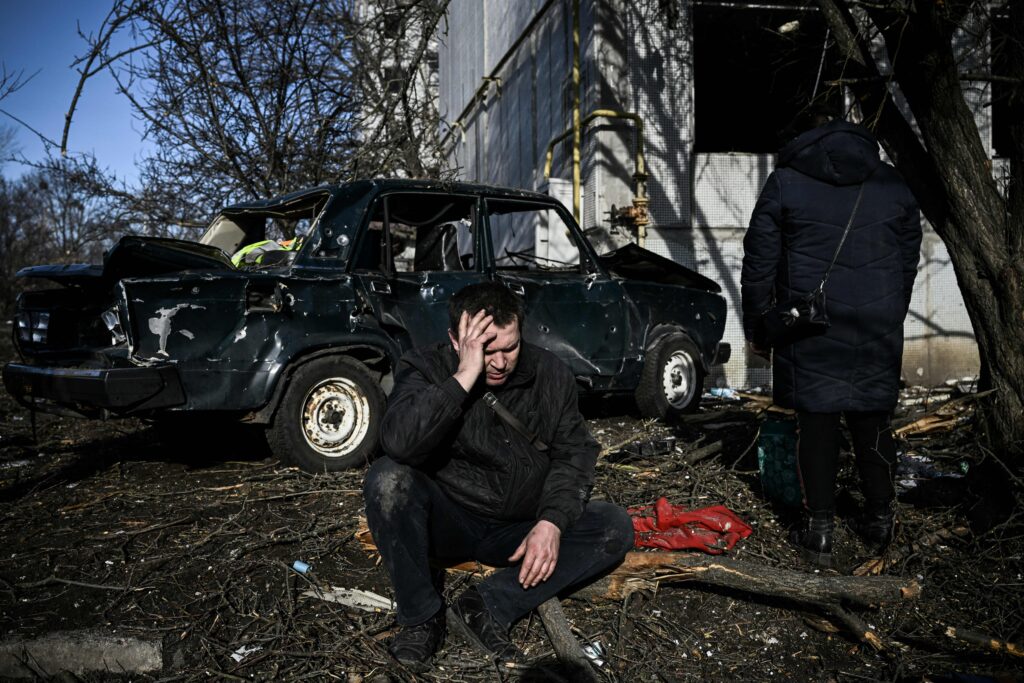 As the bombs of Russian SU-57 fighter jets are challenged by the screeching of Ukrainian Stinger anti-aircraft missiles, Africa can gain significant insight into major power competition. The three lessons for Africa from the Ukraine-Russia crisis are domiciled in the diplomatic, security and strategic competition of the United States and Russia in Ukraine.

First, Africa realises that diplomacy is an inconvenient barrier to the unilateralism of major powers. Russia portrays itself as the anti-colonial middleman on the African continent keen to support African nations through alternate multilateral frameworks like Brics. Brics is the international body bringing together the emerging powers of Brazil, Russia, India, China, and South Africa.

What the Ukrainian crisis has shown Africa is that Russia still has designs of reestablishing its colonial-style domination of its former republics like Ukraine. Russia is not the benign middleman pursuing altruistic goals on the continent. It will put its national interests at the centre of its foreign policy in Ukraine and on the African continent.

This includes aggressively pursuing unilateralism in invading a sovereign country such as Ukraine while ignoring alternate multilateral frameworks like Brics in engaging with diplomatic challenges. The protests to Russia’s actions from Brazil, South Africa, India, and China did nothing to dissuade it from invading Ukraine.

Neither did the condemnation from African non-permanent members of the Security Council such as Kenya, Ghana, or Mali. Protests from the chair of the African Union Macky Sall and the chair of the African Union Commission Moussa Faki Malamat were also ignored. When push comes to shove, major powers like Russia will unapologetically pursue their national interests unilaterally with no regard for multilateral diplomacy. Might trumps right.

In the security space, the war in Ukraine has shown Africa that the post 9/11 international world order is a loose and tenuous multipolarity. The triumphalist hubris of George Bush’s New World Order in the early 1990’s has been replaced by regional players that bandwagon with the US, hedge against the US or are co-opted by American power.

In Ukraine, Africa also sees there is a limit to the expansion of American power. “New Wars” fought in failing states such as Somalia, Afghanistan, Yemen, or Syria have dampened the appetite in Washington to participate in military intervention and nation building. This has resulted in emboldening emerging powers such as Russia to reestablish their power in their neighbourhoods like Ukraine, but also to expand their influence in new theatres around the world.

These include Sudan, Madagascar and Libya. Russia on its part has not only been aggressive in its own back yard in Ukraine but has also extended its strategic influence in Africa. Exchanging the provision of public goods such as security for lucrative mineral rights. Diamonds and gold mining in the Central African Republic and bauxite, a critical ore in the manufacture of aluminum, in Guinea.

Russia’s aggressive expansion includes the use of mercenaries such as the Wagner Group in Ukraine, Chad, Mali and the Central African Republic. Putin ally Yevgeny Prigozhin leads the Wagner group. Ukraine illustrates that mercenaries provide plausible deniability in the Donbas region much like their in Sub Saharan Africa.

Ukraine is unfortunate to find itself as the playfield for great power rivalry of the US and its allies on one hand, and the Russians on the other. The fact that Ukraine is not considered a core strategic interest that the US is ready to fight for in confronting Russia militarily, is an ominous sign for African nations. Many African nations have even weaker national institutions, militaries, and border controls than Ukraine.

In addition to this, Ukraine shows that major powers will take unilateral action in protecting their national interests irrespective of geographic location. In Eastern Europe today, it is the Russians, in Libya it was the Americans, in Syria, it is a contest between the US and Russia.

These three lessons learned in Ukraine should advance the cause for Africa to advocate multilateral frameworks centred on consensus, cooperation and compromise in creating a rules based international order where might is not always right.