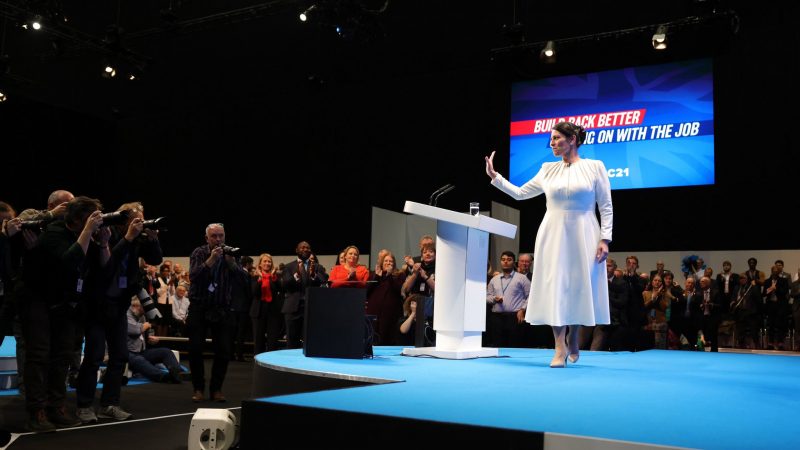 MPs have returned to parliament this week, and it is expected that they will soon be considering the nationality and borders bill at its third reading in the House of Commons. This is a shameful piece of legislation, which demonises refugees, denies the right to seek asylum in our country and criminalises the act of doing so. Its proposed two-tier asylum system would see those who arrive through irregular means or without preauthorisation imprisoned. Not only are such measures cruel, there is no evidence that they would reduce attempts to reach the UK, which are driven by a need to escape persecution.

In her recent conference speech, Priti Patel spun the government’s new plan for immigration well (“where there is a door, there must be a door keeper”) and stressed the intention to “provide sanctuary to those in need through safe and legal resettlement routes”. Yet the bill makes no provision for replacing the EU system by which refugees could be reunited with their families (Dublin III), for example, which we have now left – and the number of other ways to ‘legally’ arrive in the UK are few and far between.

On average, between 4,000 and 10,000 refugees are selected to be resettled in the UK each year, but one cannot apply for this. These individuals are chosen – from a camp or emergency situation – by the United Nations High Commissioner for Refugees (UNHCR). With no ‘safe and legal’ route to apply for, the nationality and borders bill would criminalise every refugee who comes to the UK to claim asylum: around 30,000 to 35,000 people every year.

By essentially deeming only structured resettlement to be legal, this legislation breaches both the 1951 Refugee Convention, to “protect the universal right to seek asylum and for refugees to access basic rights” and three articles of the European Convention on Human Rights (including inhumane treatment), and undermines global refugee protection.

It is worth emphasising that the UK drafted the refugee convention in the wake of the Second World War, which saw many victims of the Holocaust unable to leave their countries because they had failed to gain pre-authorisation from others. In a world of increasing conflict and climate breakdown, the bill is shortsighted. We can see this clearly in the context of Afghanistan. As outlined by Dr Lisa Doyle of the Refugee Council, the bill would criminalise any Afghan person who seeks refuge in the UK outside the official resettlement scheme, despite fleeing the same persecution.

Giving evidence at the committee stage, UNHCR UK representative Rossella Pagliuchi-Lor expressed concern over the two-tiered approach, saying the bill would “undermine, not promote, the government’s stated goal of improving protection for those at risk of persecution”.

Last week, the UNHCR published its full legal opinion on the bill. It concludes that a policy based on claiming asylum in the first safe country reached would be unworkable, “adding more strain to developing countries”, and says this is “fundamentally at odds with the government’s avowed commitment to upholding the UK’s international obligations”.

It has been good to see Labour oppose this shameful, and misguided, legislation, but we call on the party to challenge it further, showing why it is so wrong. Labour should state that it opposes the bill’s assault on refugees, for the following reasons:

Instead of introducing these vindictive policies, Britain should show its opposition to intolerance and violence everywhere by:

The nationality and borders bill undermines the international commitment to protecting asylum seekers, and its attack on refugees will have consequences.

Isabel Smith is the outreach lead for Labour for Refugees, a group lobbying for the Labour Party to proactively support refugees and asylum seekers coming to the UK.

View all articles by Isabel Smith

Tom Ash is the lead of Labour for Refugees, a group lobbying for the Labour Party to proactively support refugees and asylum seekers coming to the UK.

View all articles by Tom Ash