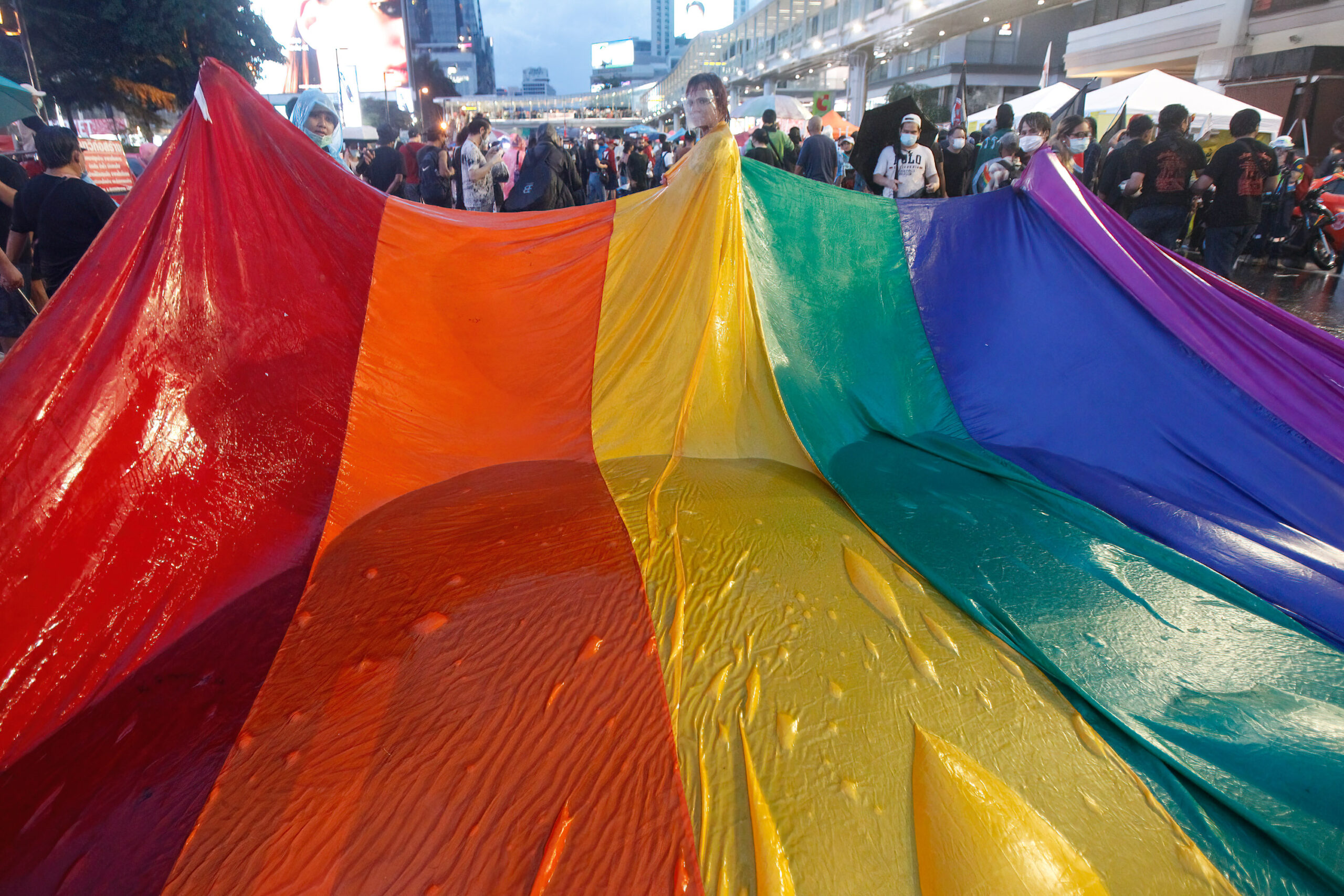 On a winter’s day in 1553, on the plain of Champel outside Geneva, Michael Servetus was burnt alive by the city fathers, with the enthusiastic support of religious reformer John Calvin.

A brilliant Renaissance polymath and the first European to articulate the theory of pulmonary circulation, Servetus was also burnt in effigy by the Inquisition in Catholic France.

His crime was to reject the doctrines of the Trinity and infant baptism as unscriptural.

The Inquisition also burnt his books in effigy, to annihilate not just the heretic but also his heresy and its influence.

In the 21st century burning people is no longer an option — but trying to stop their mouths and incinerate their ideas certainly is.

Nowhere is this clearer than in the dispute over the status of transgender people, particularly transgender women — who are physiologically male but experience themselves as women.

Two recent incidents have highlighted the return of mediaeval-style speech control on this subject: an attempt by University of Cape Town students to muzzle Nigerian novelist Chimamanda Ngozi Adichie; and the hounding of philosophy professor Kathleen Stock at Sussex University in the United Kingdom.

Servetus was condemned by Catholics and their Calvinist enemies, underlining the impulse in all state religions to force adherence to dogma — by shedding blood, if necessary.

This may be an echo of sanctions in early societies against individual deviants that, by provoking divine anger, were seen to threaten the collective. In Sophocles’ famous play, plague strikes the city of Thebes after Oedipus’s impious transgressions.

The decisive departure came 1 500 years later with the great rationalists of the Enlightenment — Voltaire, Locke, Jefferson and others — who democratised the pursuit of knowledge by emphasising observation, rational argument and the testing of ideas through public debate.

Truth would no longer be the preserve of a cabal of benighted clerics. By promoting freedom of inquiry, the Enlightenment paved the way for a blossoming of scientific understanding and technology.

Fundamentalist beliefs, such as evangelical Christianity and Wahhabism in Islam, remain citadels of mental unfreedom.

Darwinian evolution may be a matter of scientific consensus, but Wahhabist Saudi Arabia will not allow it to be taught. Many US evangelicals would also outlaw its teaching if the Constitution, an Enlightenment document, did not stand in their way.

In the last century, religious persecution was partly displaced into intolerant “secular faiths” such as the cults of Stalin and Mao and the Nazi idolatry of race and nation.

Then the “New Left” reset the focus from class politics to an intensifying preoccupation with race and gender, sparking a new round of what Islamists call takfir – the denunciation of apostasy.

UCT students tried to shut down Adichie’s address because she believes “trans women are trans women” — in short, biologically male. Stock, a lesbian feminist, resigned from Sussex University after “a horrible time for me and my family”, including placard protests demanding “Stock out!”, ostracism, death threats and online abuse.

Stock and those who share her views believe sex is inescapable. Men who “feel” they are women and want to transition cannot do so — and surgery makes no difference.

Ranged against them are LGBTQ+ adherents who talk of gender, rather than sex, and who deny womanhood is biologically determined. They view the exclusion of trans people as a form of secondary victimisation.

The Lesbian, Bisexual and Gay Alliance, of which Stock is a trustee, is controversial, with some Labour Party members accusing it of “transphobia”.

She denies being transphobic, and is said to respect her trans students and their personal pronouns. In her writing she has affirmed the right of trans people “to live their lives free from fear, violence, harassment or … discrimination”.

But she insists that mainly for policy and legal reasons, “gender transitioning” cannot change the underlying biological reality.

The merits of the controversy are not addressed here. What is at issue is that Stock has been harried for voicing her ideas.

Her tormentors have not denied this — in fact, they seem to take pride in it. “Massive win for Sussex LGBTQ+ students today … Let’s take a minute to appreciate this,” gloated an Instagram account representing trans students after her resignation.

The campaign against her goes beyond a handful of Sussex students. When she was awarded the OBE for services to education in 2019, 600 academics signed a letter of protest.

Significantly, Stock describes her experience at Sussex as “mediaeval”, telling The Guardian that “instead of arguing with me, using reason, evidence, the traditional university method”, hostile colleagues inflamed students by branding her a bigot on social media and telling them that “I pose a harm to trans students”.

Incitement to violence and the demonstrable risk of harm are widely accepted limits on free speech, and many trans people have suffered attacks.

But the university found no evidence of these. Clearing Stock — who had 18 years of service – of “substantive wrong”, it complained that she had not been accorded the right “to work … free from bullying and harassment”.

A curious contradiction is that the Sussex protesters, intensely seized with trans rights, were unmoved by the years-long harassment of an isolated female academic.

Anonymity, to which the internet lends itself, heightened the intimidatory effect. At the placard protests, students allegedly wore masks.

A further hallmark of heresy-hunting is the dehumanisation of the heretic through caricature and “label libel”. Activists barracked a recent conference with shouts of “Terf [trans-exclusionary radical feminists] fascists off our streets!”

Stock and Adichie fascists? Please! South Africans, who lived under it, know what fascism does: it dangles detainees out of ninth-story windows by their ankles, and sometimes lets go …

Intellectual freedom remains a tender flower in human society and is suppressed or embattled in large parts of the world.

Apart from Servetus, its many historical martyrs include Renaissance scholar Giordano Bruno, burnt by the Inquisition on a pile of his own books, and the English Puritan William Prynne, branded in the face with the letters SL – “seditious libeller” — and his tongue bored through.

In Britain, the Stock saga has played into the Conservative Party’s “culture war” strategy — the right-wing tabloids and universities minister Michelle Donelan predictably climbed all over it, attacking the “toxic environment” at Sussex.

In contrast, the Labour Party kept its head well below the parapet. It’s only recorded response was an evasive statement by the shadow equality minister, Taiwo Owatemi, that she was “concerned” about Stock’s trusteeship of the LGB Alliance but was not passing judgment on her academic work or calling for action against her.

Nothing about her ordeal or academic freedom.

One would think that attempts to stifle a fundamental human right would concern the modern democratic Left, just as its Enlightenment forebears fought against autos-da-fé and book burnings.

In fact, it has abandoned the field to its hard-right opponents, allowing them to pose, improbably, as champions of free thought and speech.