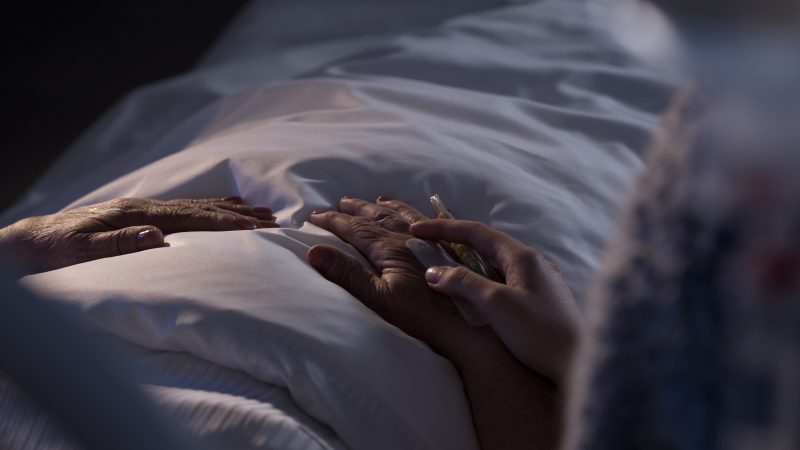 Around the world, 200 million adults will soon be able to legally access medical assistance to die in certain circumstances. A form of assisted dying – a controversial topic at the intersection of ethics, medicine and law – will be available in New Zealand, Canada, several US states, and Spain, amongst many other jurisdictions and countries. Today, the House of Lords will debate yet another attempt by legislators to provide for some sort of similar provision in England and Wales, and a similar proposal is expected to be debated in the Scottish parliament later this year.

Yesterday, Gordon Brown made a powerful intervention opposing the legalising of assisted dying, warning of a “slippery slope”. His article was characteristically well-argued (any watchers of the recent New Labour documentary will have noted that it was Brown who taught Tony Blair the art of a political speech). At the root of his argument was that by even contemplating medical assistance for those reaching the end of their life, we overlook further advancements in the treatment of the dying that can “minimise the fear of dying badly”. Citing his experience volunteering in a local hospice, Brown argues that there is evidence that “there is such a thing as a dignified death”.

There is a central contradiction in Brown’s article. He argues that the greater sensitivity in our criminal law as to treating palliative clinicians can lessen the need for any assisted dying bill. Brown cites the Crown Prosecution Service guidance to tread with care in such circumstances – they advise against prosecution if “the victim had reached a voluntary, clear, settled and informed decision to commit suicide”, and any person assisting was “wholly motivated by compassion”.

But Brown ignores the messy and uncertain legal environment this creates. There have only been three convictions for assistance in dying over the last decade, but hundreds of lengthy investigations. Brown appears to be supporting the legal status quo, which implicitly attempts to almost decriminalise assisted dying, whilst maintaining the current law which explicitly means any form of assisted dying is illegal, pursuant to the Suicide Act 1961, with a person judged to have assisted suicide liable to imprisonment for up to 14 years. As the Dickensian phrase goes: ‘the law is an ass’. We should never support the maintenance of laws the effect of which we ultimately disagree with. This, in and of itself, is a strong reason to reform our laws.

Only parliament can amend the law, and despite persistent seeking for them to look again at the archaic statute from the Supreme Court (and to some extent by the CPS guidance itself), it has consistently passed the buck. The bill before the House of Lords is a sensible starting point. It provides for a terminally ill person with mental capacity to request assistance to end their own life. The person must be reasonably expected to die within six months (as evidenced by relevant medical practitioners). The application would be before a High Court judge. There are a number of safeguards: independent witnesses to a signed declaration, the involvement of numerous medical professionals to show that they are “clear and satisfied” that the person has the capacity to and has made the independent decision to take this course of action. There is a cooling-off period, to ensure such a decision is made over time. Family members may make arguments against. There are others in the carefully drafted bill.

Brown criticises these measures as “cold” and “bureaucratic”. He is right – such profound matters can feel too weighty for lawyers and a court. But these are the realities of offering real safeguards across our society, with similar provisions involved in other complex areas of the law that deal with interference with personal autonomy and collective moral values. For example, deprivation of liberty orders for children or those that lack mental capacity, or the tragic cases of ending life-supporting treatment for unwell children, against the wishes of their parents. In an international context, cold and bureaucratic processes are involved in prosecuting war criminals. The law is a cold instrument.

Brown’s argument, crystallised in his concluding sentence, is that it is “better to provide palliative care that we know is caring and loving and will make possible a good death” is a head-in-the-sand approach to the debate. Of course, medical practitioners and researchers should continue to develop palliative care techniques and processes, so hopefully fewer people do not have to suffer a painful and undignified end to their life. This should, and will not, stop if such a bill as proposed were enacted. The reality is, despite the progress in palliative care, thousands die each year suffering unnecessary pain and agony, and a modest assisted dying bill, with careful safeguards, would immediately help some avoid this fate. Brown’s solution would not.

Brown also ignores a key point: Britons are already exercising their right to assisted dying. Hundreds have travelled to Switzerland to end their life. It is estimated to cost around £10,000 each. With the liberalising of such laws occurring a rapid case across the world, and Europe in particular, a global market is developing. Should this right only be bestowed upon those that can afford it? It is a question Brown does not answer.

Brown’s argument is clearly made in good faith. He, more than most, knows the pain of losing a loved one, and has experience working with a hospice in Scotland. He knows and understands the issues, and is not arguing for the status quo in general, but for higher standards to avoid the need for any assisted dying provisions. This is understandable and righteous, but ultimately does not match the scale of the challenge. Only the small, but important, step forward in the law that is being discussed in the House of Lords today would achieve the aim Brown has: to avoid unnecessary suffering, and to allow dignity in death.