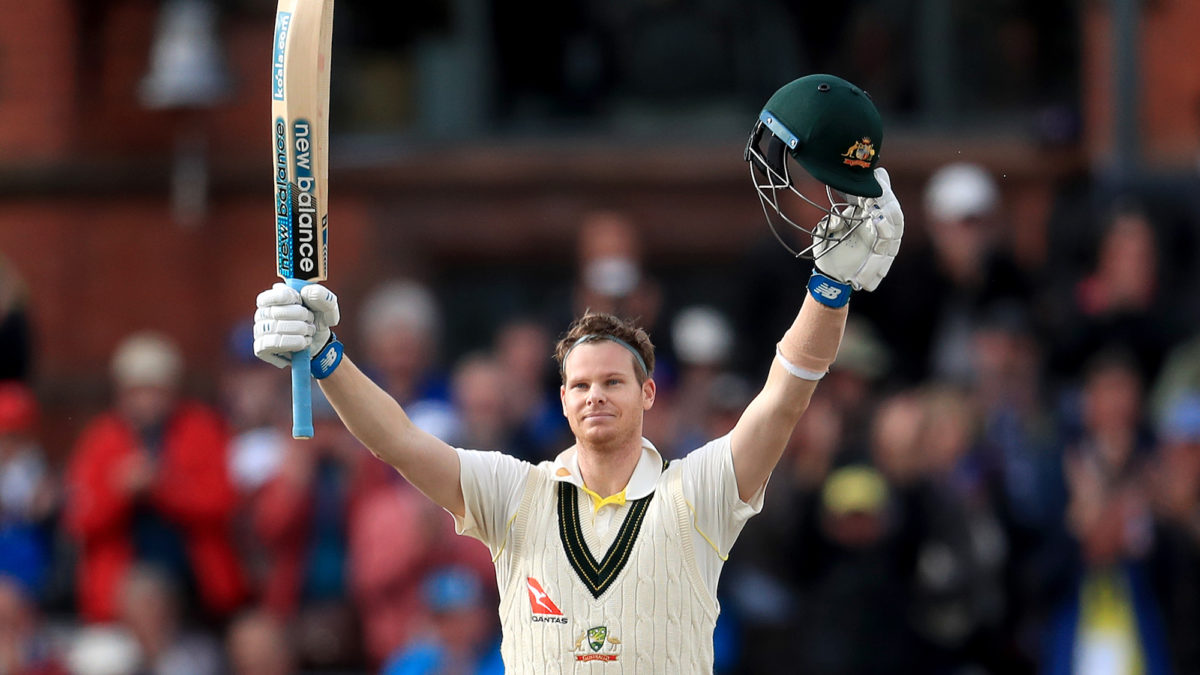 The Ashes. England vs Australia. One of the oldest rivalries in sport. And it begins again on December 8.

The Gabba will play host to the start of the 72nd series and the talk of the town is that Australia are likely to whitewash their opponents.

The classic ‘weakest squad to ever tour Australia’ has been thrown around by plenty and it may, just this once, have merit for the England side.

This doesn’t mean Australia are guaranteed victory and the team selected needs to be right or another embarrassing series defeat, like at the hands of a Virat Kohli-less India a summer ago, will be on the cards.

This is who needs to be picked for Australia to retain the Ashes.

1. David Warner
Pretty much a staple at the top of the order since his Test debut in 2011, Warner averages 48 in the longest form of the game.

He hasn’t been his usual destructive self since returning to the team after Sandpaper-gate, apart from his demolition of the Pakistan attack, as fans finally thought he’d regained form. A telling statistic of Warner’s current troubles is that he’s been out for a duck more times than he’s passed the half-century mark.

On form alone Warner might not be picked, but with an average of 63 in Australia and the wealth of experience he brings to the top order, he gets the nod to open the batting in at least the first Test.

2. Usman Khawaja
Will Pucovski would be the second opener but concussion problems have cast doubts over his availability. With a return to Sheffield Shield cricket looking likely this month there’s a good chance the young gun, who scored a half-century on Test debut, will be fit and firing in time for the Ashes.

If not, Khawaja is the obvious choice. He’s only opened seven times for Australia, but averages 97, and coming off a strong Shield season where he scored 473 runs at nearly 60 an innings, Khawaja has already plundered two hundreds so far this season.

Obviously seeing the ball well, Khawaja should be the guy Australia picks.

An automatic selection, Labuschagne has averaged 92.17 in Tests since coming in as a concussion substitute for Smith. Four half-centuries in seven innings during the Ashes and a prolific last two summers – where he scored 1322 runs, the most by a long way for Australia – demonstrates his credentials as an elite batsman.

Labuschagne has been a revelation and arguably Australia’s best batter since the last Ashes so he’s an easy selection.

4. Steve Smith
The best Test batsman in the world and the first name on the team sheet.

Boasting an insane career average of 62 with 27 hundreds, Smith goes big often. He terrorised England in the last series, scoring 774 at 110, and was the reason Australia retained the urn.

One of the best slip fielders in the world, who can pull off the most spectacular catches in close, if Smith plays well the Ashes are safe.

5. Josh Inglis
A contentious pick here, but with an eye towards the future, Josh Inglis needs to be the man coming in at five.

A wicketkeeper-batsman, Inglis won’t play behind the stumps barring an injury to Tim Paine. Rather, back-to-back 400-plus-run campaigns in the BBL and a fruitful Sheffield Shield season, where he scored 585 runs at a ridiculous strike rate of 85, will see Inglis rewarded with a place as a pure batter.

Viewed potentially as Paine’s replacement with the gloves, blooding Inglis now will see him gain valuable experience while giving Australia an explosive hitter down the order who can keep the scoreboard ticking over.

6. Cameron Green
Australia has been searching for its own Jacques Kallis and might have finally found the answer in Green.

A debut series against India is always tough but Green played well, with a few starts and one great knock of 84 in seven innings. His Sheffield Shield form with the bat over the last two seasons has been nothing short of amazing, averaging over 70, and he’s already cracked a ton this season.

Back trouble has limited his impact with the ball in the Test arena, he’s yet to take a wicket, but with the ability to send the ball down at over 140km/h, once Green figures it out he shapes up to be a genuine strike bowler.

As the youngest member of the team, Green plays an important role with his ability to bat and bowl, and should be given as many opportunities as possible to learn and grow.

7. Tim Paine (c) (wk)
The captain of this Australian outfit, Tim Paine is still the best gloveman in the country and has been an excellent leader through some troubled times.

With the bat, Paine averages nearly 33, the third-most ever for an Australian keeper – respectable for a guy picked first for his work behind the stumps.

He has taken some absolute classic catches and is one of the most reliable keepers in the world. Returning from neck surgery to play Shield cricket this month, Paine should be fit.

8. Jhye Richardson
Richardson has missed significant time over the last two years due to injury but before that was considered next in line in Australia’s fast-bowling stocks. The speedster’s 54 wickets in just 13 matches for West Australia in the three seasons prior demonstrates his potential.

He’s come back into the fold this year, taking eight wickets in two matches with a strike rate of 36.

9. Pat Cummins
Considered the spiritual leader of the Australian team, Cummins is the number one Test bowler in the world and seems to have a knack for taking an early wicket, breaking open the game.

In just 34 matches for Australia, Cummins has 164 scalps, taking a wicket every 47 deliveries – an insanely good strike rate. He can pound in all day long, delivering 140km/h-plus deliveries that zip and swing, meaning every ball is dangerous.

10. Nathan Lyon
‘Garry the Goat’ they call him and with good reason. Lyon will crack the 400-wicket barrier this Test, with 399 wickets in only 100 matches.

An economical bowler, Lyon can tie down an end for a whole spell and is a master of building pressure on batsmen. His height is his greatest asset, as the bounce he generates troubles his opponents. Lyon becomes especially dangerous in the second half of a match when the ball spins more on the broken-up pitch. An average of just over 30 in the third and fourth innings attests to that.

11. Josh Hazlewood
Hazlewood is the fourth-ranked Test bowler according to the ICC but his value to the Australian team is immeasurable. A machine-like accuracy at the top of off stump while bowling at over 140km/h makes him a pacier, modern-day version of Glenn McGrath.

Hazlewood averages a maiden every four overs and a wicket every eight for his career, making him both an economical and lethal bowler. ‘The Hoff’ has been getting the job done for Australia for seven years, and that isn’t going to change this series.

So here it is, the starting XI to whitewash England. This team retains the best Australian players while bringing in some fresh faces looking to prove they belong in the most elite arena in cricket.