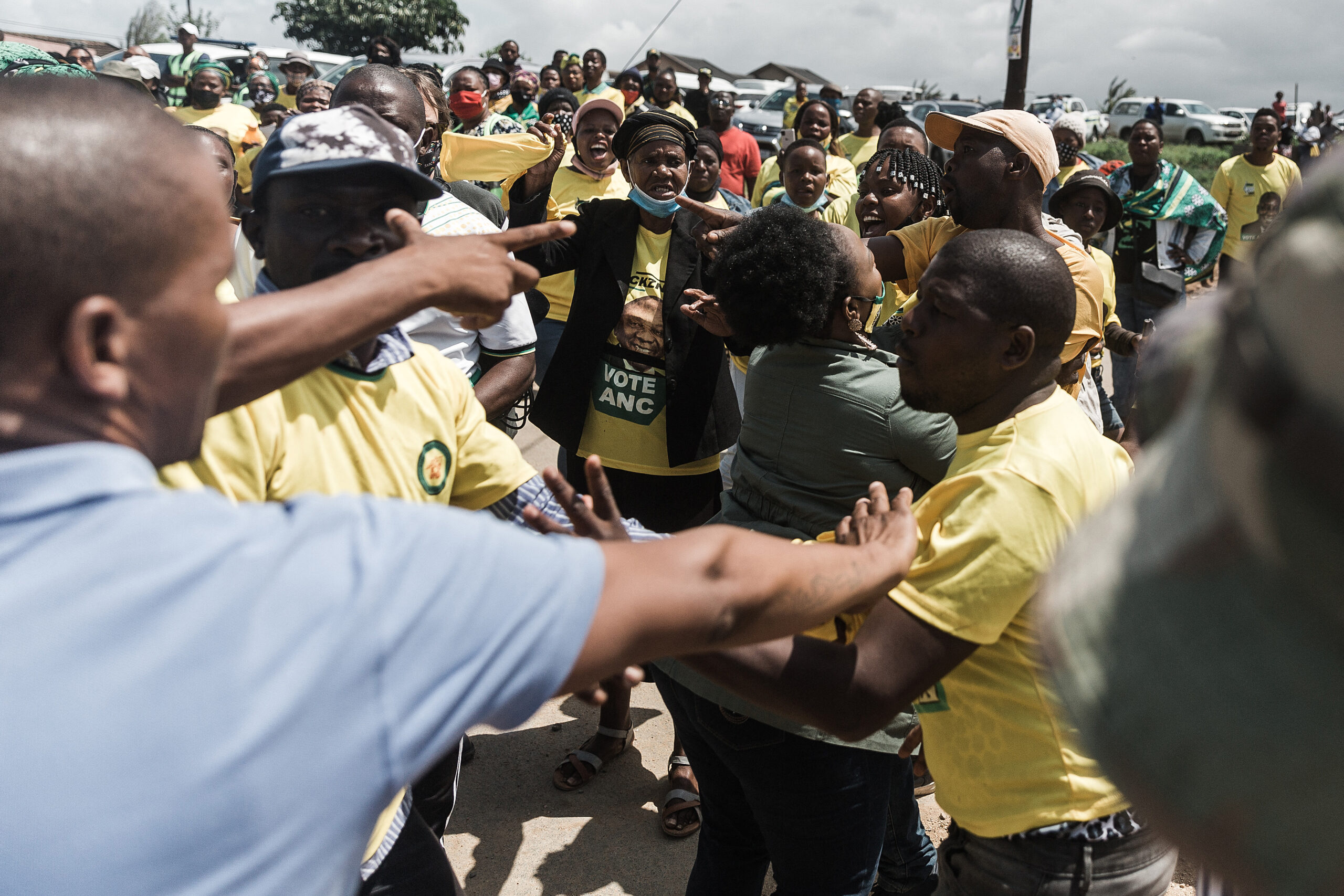 If you thought your year was bad, your pain and suffering could never compare to that of the ANC in 2021. The governing party started the year by buying what it later deemed to be a million ineffective vaccines, selling them and then later realising it could have protected healthcare professionals from contracting severe Covid.

In the middle of the year, the party failed to control the outbreak of violent rioting after the arrest of its former leader, Jacob Zuma. The eight days of rioting crippled South Africa’s weak economy, led to the loss of lives, undermined social cohesion and killed the spirit of many South Africans.

On 1 November 2021, the ANC was made to pay for its sins. In ANC speak, Jesus returned. The party lost district municipality after district municipality then metro after metro. Where the ANC does govern, it does so with a lower majority or unstable coalition. In light of its dismal election results, the national executive committee of the ANC claimed it didn’t lose elections but lost coalitions, the SABC coverage of the party contributed to its downfall, and it didn’t have sufficient time to excite its base.

Evidently, the collective leadership of the ANC has failed. Corruption, incompetence and growing disillusion remains in the ranks of the ANC, as it did at its 2017 Nasrec elective conference.

Despite its poor performance in 2021, 2022 offers a glimmer of hope for the governing party. It will go through regional, provincial and national elective conferences and faces will change based on power dynamics around various structures of the party.

What concerns us should not be who will be in power, but rather what strategic features must prevail to modernise the oldest party in Africa. I propose five features required by the party to reverse its downward trend.

First, the ANC must modernise its communication strategy. This will see an end to ANC speak. The party must realise it is no longer a struggle movement. Framing its discourse in outdated terms no longer resonates with the broader electorate. Attempting to sound victorious in the face of defeat, with “we didn’t lose elections”, is not strength but delusion. The ANC’s communications strategy resembles your drunk babbling uncle at the family’s Christmas party. No one takes the words of the ANC seriously.

The party’s communication strategy must be more reflective of the beliefs and views of society. A return to discussing bread and butter issues affecting the public is necessary. For this to occur the party must resort to economic and social populism grounded in substance.

For instance, what is the appropriate level of reduction in taxation for the working and middle class that stimulates economic growth, while offsetting the state’s loss of taxable income. To be effective, the governing party cannot rely on rhetoric, as it has done since the Mbeki era. It will need to submerge itself into substance when it clearly explains to the electorate how, where and by when its policies will be implemented.

Second, cadre deployment must change, not end; every governing party around the world has a form of cadre deployment. It provides a loyal platform to implement the party’s policies. Nonetheless, the ANC’s deployment policy should be based on merit, not identity.

For decades the ruling party has robbed itself from deploying competent members, which would contribute to the growth of the state, because such individuals did not fall in a particular faction. With the party hovering below a national majority, there can be no time for factional loyalty. Deployment should be based on merit and balanced representation.

In particular, the party must restrain from putting ministers in portfolios that they have no knowledge and expertise in. For this to occur the ANC will need to undergo a cadre restructuring programme to develop competency in its ranks.

The party must start off at a local level; MMCs of municipalities must have qualifications and experience in the cluster they work in and leaders must only be able to serve in clusters in which they have expertise. Additionally, the best performing MMC in the province should be promoted to the same cluster in the provincial executive. Similarly, the best performing MECs of the country must ascend to their corresponding national office.

Furthermore, the ANC could adopt similar initiatives to that of China’s Communist Party, where individuals are required to pass exams before becoming party members. The governing party could modify such an initiative by requiring its deployees to undergo examinations in the field they desire.

Third, the oldest political party in Africa will need to enter the digital sphere. Having its government deployees operate on digital platforms will increase transparency and will allow competent leaders to showcase their skills, while exposing those who are incompetent. Most South Africans don’t watch governmental press conferences. Rather, political office bearers should create bimonthly short YouTube and TikTok videos, detailing the work they have done in the past two weeks and what they plan to do next.

The ANC’s main political opponent, the Democratic Alliance, has a large presence on both YouTube and TikTok. Having ministers speak directly to the electorate on work they have completed will rebuild trust in the ruling party. It will also dispel the notion of incompetency associated with the ANC and it will provide a level of direct public accountability, which can’t be matched by dull parliamentary processes that are followed by a minority of the public.

The fourth feature may be the most difficult pill for the ANC to swallow. It once proclaimed that it will govern until Jesus returns. Well, the Messiah is back. The once supreme governing party will no longer govern. Indications from the 2021 local government elections suggest that the party will lose key provinces and may even dip below a majority share of the national vote in 2024. The era of one-party supremacy has given way to a multiparty democracy.

The ANC should appreciate that it may only be able to govern through coalitions. Accordingly, the party would need to change the way it relates to opposition parties. It cannot afford to rule out any political partner. Dialogue with other parties must result in bridges being formed based on substantive issues. This will require political maturity to enable ANC leaders to view their once supreme party as now requiring the contribution of external partners to deliver on its own promises to the public.

Furthermore, such political maturity might indirectly necessitate a return to the intellectual era of Oliver Tambo, Nelson Mandela and Thabo Mbeki.

Finally, the ANC must take its own policy conference seriously. For far too long it has abandoned its policy documents once they have left the conference floor. Rhetoric must give way to clear technical action plans.

In this regard, the next ANC policy document would need to contain schedules of tasks that need to be completed and their corresponding time frames.

For policy resolutions to be meaningful, each item passed should be specific, measurable, accurate and be given a time period for completion. Such changes will eventually drive a leadership change towards one based on organisational performance.

Evaluation of voting data suggests that the ANC is on the path to losing national and provincial power within the next decade. As such, the party’s 2022 elective conference might be its last as a national governing party. To reverse the ANC’s downward trajectory the party will need to focus on strategies that will create substantive internal changes.

Focus on personnel changes, as occurred in the ANC’s 2017 conference, didn’t yield any significant changes to the party’s electoral misfortunes. Obsession with identity politics does not result in substantive changes to the lives of South Africans.

In just a few months we will know whether the oldest party in Africa is prepared to undergo substantive changes or whether it is destined to crash off the main political stage.