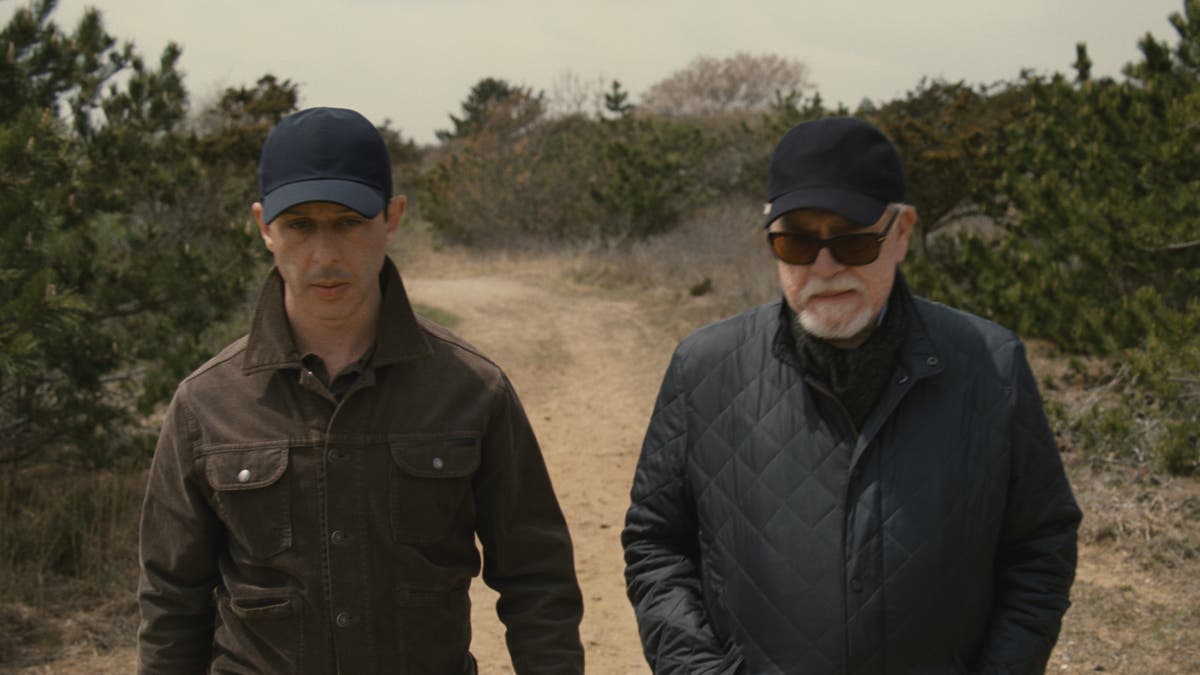 y new game is to drink every time someone snarls “you tried to f*** me” in the fourth episode of Succession. Just kidding, it would destroy me. Yes, after last week’s instalment ended with an FBI raid and an all-staff meeting that was sabotaged by 90s grunge music, everyone is feeling paranoid and highly strung, no longer so focused on jostling for position as trying to screw each other over. Here’s a set of people who are, categorically, not happy in their headspace.

The dreaded shareholder meeting is getting ever closer, and the top team at Waystar are running out of ways to implement damage control. The latest strategy is to spring an all-star conference call on Kendall – “it’s the Sergeant Pepper of broken corporate America!” is his response – to try and get him to agree to antsy investor Josh Aaronson’s request to meet Kendall (Jeremy Strong)and Logan (Brian Cox) together. Kendall swearily declines, declaring the optics “janky as f***”.

Logan, irritated that “everything’s coming up f***”, decides he needs better protection – specifically from the President. He asks Shiv to up the ante in terms of criticising him on air, in order to apply some pressure. He then summons a secret meeting with… Greg (Nicholas Braun). He wants to bring our favourite cousin on side in order to deprive Kendall of his one remaining ally. Logan gives Greg a rum and coke – one that’s “strong for a man”, according to a squirming Greg – and tells him he has leverage and should think about what he wants.

Elsewhere, Roman (Kieran Culkin) has just remembered that Kendall’s stag do was really horrible. Apparently a low point was Kendall paying a homeless man to have his initials tattooed on his forehead. Ready to blow up Kendall’s ‘woke guy’ image, he sets out about finding the person that he christens as… Tattoo Man. When he tracks him down, the tattoo has been removed – but photos exist. Gerri (J. Smith-Cameron), wise woman that she is, suggests Roman sits on the photos for now – they could be lethal for him too, by association. “How does this advance my personal position? Think about it 24/7. Get that tattooed on your forehead,” she advises.

Shiv (Sarah Snook), who surely deserves brownie points for at least giving that nightmare town hall meeting a go, is discovering that she doesn’t really have any authority and no one really respects her. Even Connor (Alan Ruck) rejects her offer to run the company’s food network channel, which actually sounded like quite a nice job.

My favourite subplot of this episode is the increasing jitteriness of Tom Wambsgans (Matthew McFadyen), who is dealing with his approaching potential jail-time by researching the facilities of prisons. He corners Greg and starts spouting at him about how Nero kicked his wife down the stairs and married a eunuch boy called Sporus, which, um, doesn’t feel foreboding at all. When he got sobby with Shiv – “how late can I read?” he wondered, apparently not having found the answer in his Going To Prison FAQ file – she offered no sympathy.

The episode’s main set piece, though, is Logan and Kendall’s reunion, via a blustery coastal meeting with Josh Aaronson. Worst family reunion ever. It starts off with petty power games on the tarmac of their helicopters – as you do – and gets more stressful from there. Adrien Brody gave great cameo as stubbly, mega-rich investor Aaronson, who had the Roys wrapped round his little finger. Over a windy lunch by his Big Little Lies-esque beach house, he wanted to know if Waystar could actually function as a company given the level of family drama going on. Logan delivers one of his classic humble, heart on sleeve speeches about Kendall being “a good kid”, declaring that “he did what he thought was best – maybe he went too far” but that he loves him, and “maybe he’s the best one of all of them”. It’s a good performance, but like Kendall, we’ve seen it too many times to fall for it.

It all seemed to be going quite well, until Aaronson marched ahead and left Logan and Kendall bickering on a giant hike back to his house. Kendall told Logan to retire, Logan refused and said he didn’t want to see his son in charge. “You’re 600 years old and you’ve pissed off your boyfriend, the President,” said Kendall. And then… Logan started to get very out of breath. Not good, when you’re trying to convince a man to invest billions into your company, when you almost collapse on a brisk walk. Not good, either, to have your son more interested in convincing said man to part with his cash than to help his dad out. Even at death’s door, Logan is barking, “You tried to f*** me!”

In the end, Aaronson decided to walk away, declaring the leadership too fractured, and that he had no faith in a post-Logan Waystar future. Bring on the share holder meeting…

Everybody wanted a bit of Greg this week. After the Waystar wooing, he’s got his sights set on a job running theme parks. Does he know it doesn’t involve going on rides all day but having frosty meetings with bitchy relatives? Still, if nothing comes of it, at least he might now stop hanging out with Kendall so much. Strong toxic friendship alert.

I felt bad for Shiv when Logan rang her up and basically told her everyone was slagging her off, and that “everything everywhere is always moving forever”. Kendall was more blunt, calling her “a dips***”. No one could say she isn’t committed to the job – I mean, she just took her own brother down for the sake of the company. Something tells me she won’t go down without a fight…

For most of the episode people were popping up to say they had something “on” Logan. Turns out that no one had anything as major on him as his own cardiovascular health. Logan’s age and frailty are always in the background among all of the power plays, and this week that was cranked up a notch.

“You know they’re calling me Terminal Tom, because I’ve got cancer of the career.” Pray for Tom Wambsgans, Waystar’s walking dead.

Succession continues Mondays on Now and on Sky Atlantic at 9pm