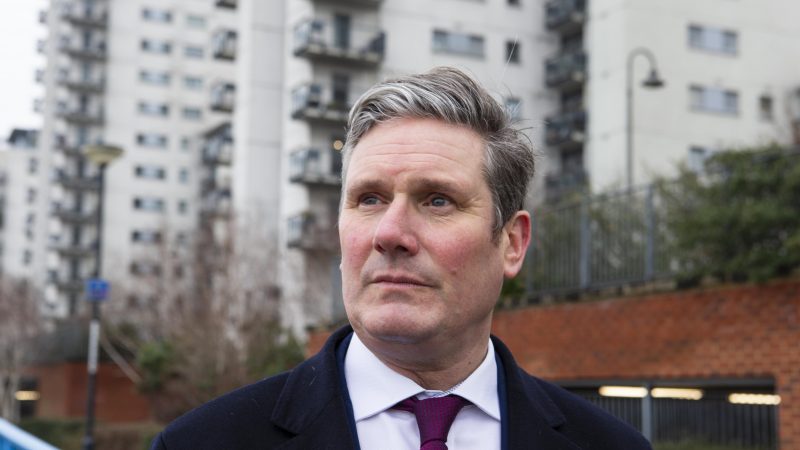 Keir Starmer will promise the Confederation of British Industry a “stable government and a tight ship” as he pledges to put fiscal discipline and investment in skills at the centre of Labour’s relationship with business.

Speaking at the confederation’s annual conference on Monday, his second since becoming the leader of the Labour Party, Starmer will say that “our five fiscal rules make it plain that we will never spend money just for the sake of it”.

The Labour leader is expected to say: “We absolutely don’t think that the solution to every problem is to throw cash at it. Labour will establish an office for value for money. To chase down every penny we spend.

“Just as every one of you scrutinises the cost side of your business, constantly asking yourself if investments are paying off, we will do the same on behalf of the tax paying public.”

Starmer told the Labour Party conference in September that “good business and good government are partners” and saying that the party would win trust by building a strong economy so that it can create “the good society”.

He is expected to criticise Boris Johnson’s approach to business on Monday, telling those watching that “there is no industrial strategy, no business plan” and describing the Budget as a missed opportunity to “remake Britain”.

He will also say that Johnson has “absolutely no plan to make Brexit work”, adding: “Just to be clear, Labour is not planning a re-match, but it is obvious that a poorly thought-through Brexit is holding Britain back.

“Trust matters in international negotiations, but with this Prime Minister that ingredient is missing. Instead, what we get is a series of pantomime disputes, which is no good for British business or for the British people.”

There has been speculation the UK could use article 16 to implement its vision for Northern Ireland, as outlined in a July command paper. Article 16 allows either side to take unilateral “safeguard measures” that would suspend parts of the deal with the EU if it causes “serious economic, societal or environmental difficulties”.

The EU warned earlier this month of “serious consequences” if Downing Street suspends the agreement. Michael Gove has said he is “confident” that Article 16 will not be triggered but added that the prospect remains “possible”.

Starmer is expected to explain how Labour would “make Brexit work”: “We would seek regulatory equivalence for financial services, and mutual recognition of professional qualifications, because we absolutely recognise the importance of looking after our world-class financial and professional service businesses.

“We would seek to maintain Britain’s data adequacy status, making our data protection rules equivalent to those in the EU, to secure UK digital services companies’ competitiveness. We’d also seek a better long-term deal for UK hauliers to ease the supply chain problems we are seeing. I believe all of this is achievable by robustly defending our interests, and patiently negotiating.”