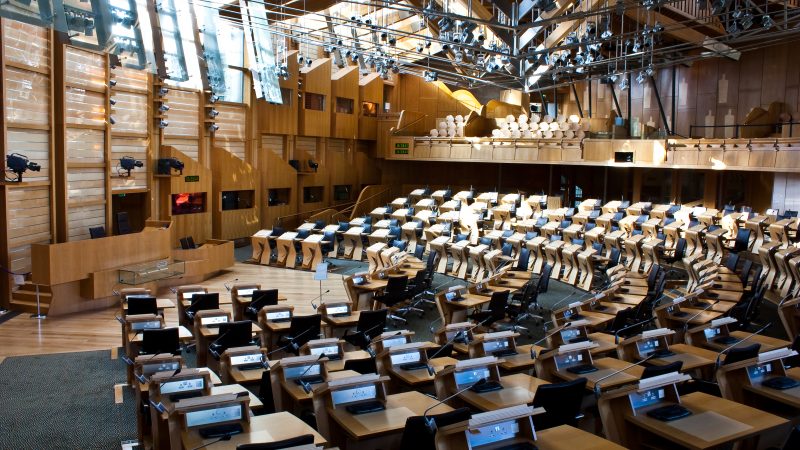 Scottish Labour is set to put forward legislation in Holyrood preventing MSPs taking additional employment in the wake of the Westminster sleaze scandal that the party has argued will “sound the death knell for second jobs”.

Neil Bibby MSP is set to revive legislation introduced by MSP Neil Findlay in 2019, which aimed to stop politicians working part-time after being elected but was not debated after Covid restrictions cut parliamentary time before the election.

Bibby, Scottish Labour’s business manager, said this morning: “The recent revelations of Tory sleaze north and south of the border have made the need for action to clamp down on part-time MSPs more urgent than ever.

“With several Tory MSPs raking in hundreds of thousands of pounds, we need to have a serious discussion over the priorities of some of our elected representatives. The role of MSPs should be to fully focus on their constituents and the practice of working second jobs should be banned.”

The move from Scottish Labour follows the second jobs row sparked by the Owen Paterson scandal, after the Conservative backbench MP was found to have committed an “egregious” breach of lobbying rules earlier this month.

Findlay, who stood down from Holyrood at the last election, called on MSPs to take forward his bill after the Paterson row, telling his former MSP colleagues that “clearly see this bill is now needed more than ever”.

“In the absence of leadership from the Scottish government, Labour will bring forward a bill to change the law. There needs to be some exemptions, particularly for those MSPs who require to continue employment to maintain registration such as medical professionals,” Bibby added.

“But in general, this bill will sound the death knell for second jobs as a means to line ones pockets. It’s high time this gravy train was ended. This proposed bill will ensure that all our MSPs are working full-time for the people of Scotland, not private profit. I hope other parties will see the need for action.”

Paterson was found to have broken rules by lobbying on behalf of two companies that paid him over £112,000. He resigned after the government U-turned on its original plan to have MPs reject a 30-day suspension of the MP.

It also recently emerged that Geoffrey Cox, the former Attorney General and sitting Tory MP, has been paid more than £1m in the past 12 months on legal work, including defending the British Virgin Islands in a corruption case.

A video shows the Conservative MP participating in a hearing remotely from what looks like his parliamentary office. MPs are prohibited, under their code of conduct, from doing work for an outside interest while on the parliamentary estate.

Douglas Ross reported himself to Holyrood’s standards commissioner last week for failing to declare some of his earnings. As well as being leader of the Scottish Conservative Party, the MP for Moray and a list MSP for the Highlands and Islands, Ross is also a professional football referee.