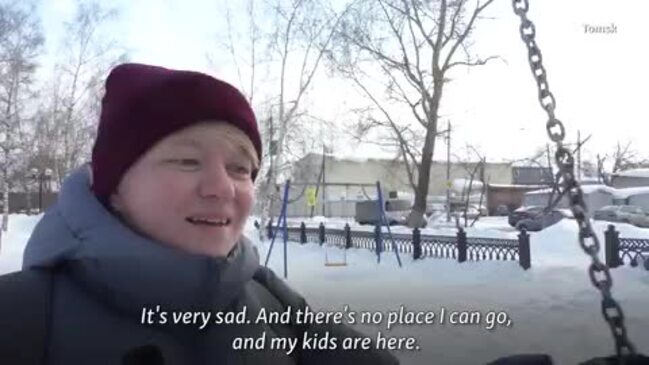 The ruble plummeted in value after countries placed sanctions on Russia as it continued a full-scale military invasion of Ukraine. As of March 1, the value of one ruble was equal to 0.009 USD, a sharp drop from a value of 0.012 USD on February 27. Radio Free Europe/Radio Liberty interviewed Russians living in the cities of Tomsk and Kaliningrad regarding the ruble’s value on February 28. A translation provided by RFE indicates the subjects were unhappy with the value of their currency, and that they were “bracing for a drop in living standards.” The EU, US, and UK, as well as New Zealand, Japan, Taiwan, and Australia, have placed sanctions on Russia since its escalation in Ukraine. Credit: RFE/RL via Storyful