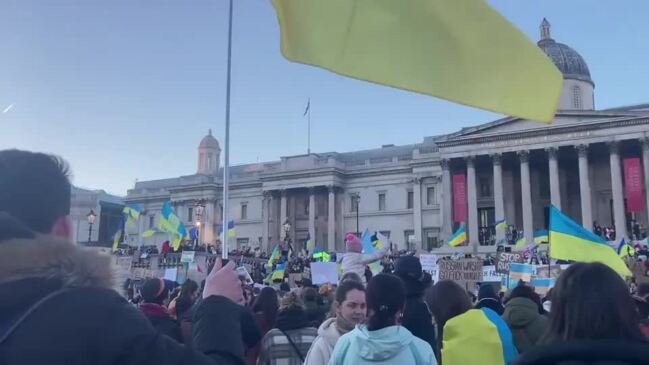 Demonstrators gathered in London’s Trafalgar Square on Sunday, February 27, to protest against Russia’s invasion of Ukraine. This footage was captured in front of the National Gallery, where participants chanted “World wake up” and “Russia wake up” as they carried Ukrainian flags, Georgian flags, red and white flags used in anti-government protests in Belarus, as well as anti-Putin signs. Similar protests took place across the world during the weekend, including in Sweden, Israel, Germany, Georgia, Russia and Australia. Credit: Aisling Grace via Storyful