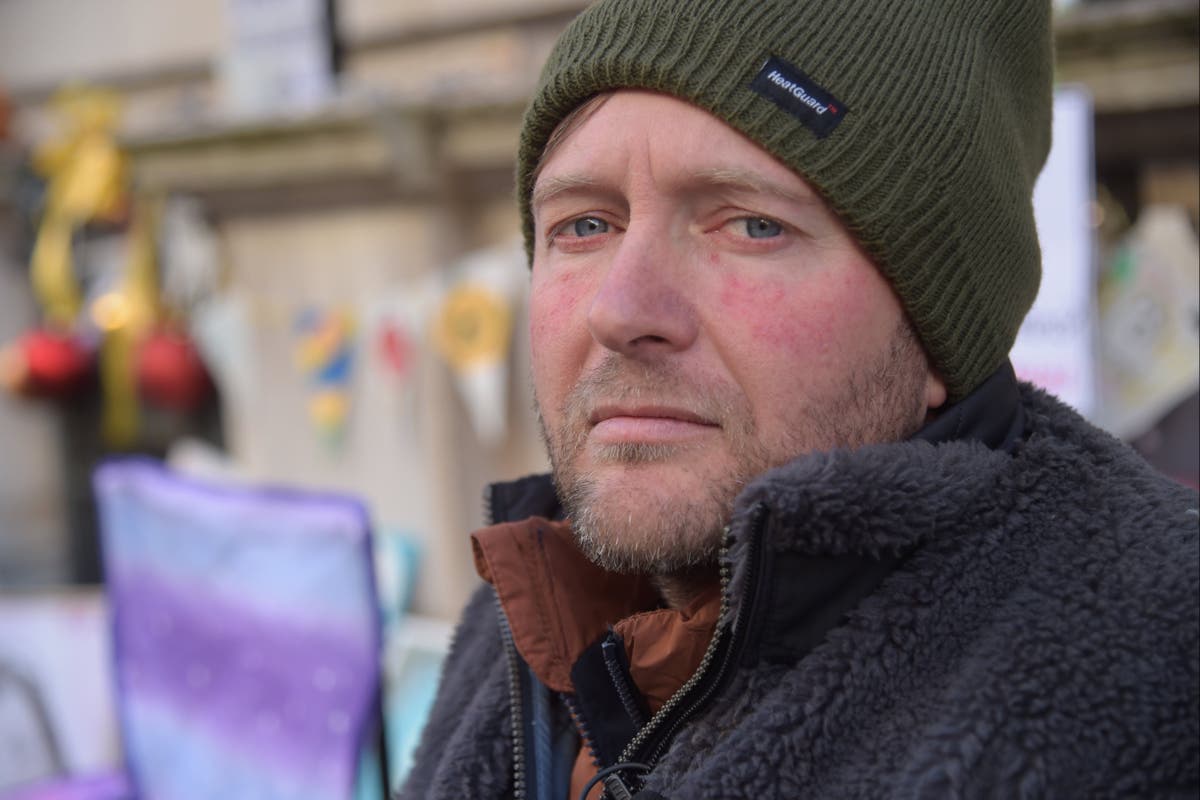 he husband of Nazanin Zaghari-Ratcliffe has made a heartfelt plea on the 19th day of his hunger strike to “bring my wife home” as ministers from the UK and Iran held talks.

British officials were meeting deputy foreign minister Ali Bagheri Kani in London on Thursday afternoon to discuss the Iran nuclear deal and press for the release of British nationals imprisoned in the country.

He said the talks led by Foreign Office minister James Cleverly would be “a test” of whether the Hampstead mother-of-one and other prisoners have a chance of ever coming home.

He told the Standard: “If there is no breakthrough from the meeting I will fear the worst. It will be not just a missed opportunity, but a sign things are never going to be in the right place. It is a test. Nazinin is worried. Two weeks ago she was worried about prison, now she is worried about the weather in London and worried about me. I’m a middle-aged man not used to sleeping on the street, let alone hunger strike. But I just want my wife home and so does our daughter. She should be home.”

Mrs Zaghari-Ratcliffe was visiting family in Iran with her daughter Gabriella in 2016 when she was first arrested. She was jailed for five years on charges of plotting against the regime. The charity worker was then sentenced to another year’s confinement in April after being accused of “spreading propaganda”.

She has spent the past year on parole at her parents’ home in Tehran but fears she could be sent back to prison at any time. Iranian authorities have suggested she will be released, along with other dual nationals Anoosheh Ashoori and Morad Tahbaz, when the UK pays a £400 million debt to Tehran.

Former foreign secretary Jeremy Hunt said the debt over the non-delivery of Chieftain tanks in 1979 was at “the heart of the issue” and raised the prospect of medicines being used to settle the bill.

“This is not a ransom,” he told the Standard. “If it was, I would not support paying it. This is a debt and we are a country that pays its debts. There should be no link between this and the case of, not just Nazanin, but the other innocent people detained. This is a thorn in the side of the relationship and whether or not Iran sees there to be a link, we need to pay.”

He told BBC Radio 4’s Today Programme: “There are practical issues with sanctions, but those are things that you can sometimes get around, if you, for example, gave £400 million worth of medicines or something like that.”

Mr Ratcliffe’s MP, Tulip Siddiq, will also meet the Iranian deputy foreign minister today and has invited him to visit her constituent. “He has been sitting outside the Foreign Office, freezing and hungry, for nearly three weeks now,” she said. “All Richard wants is for his wife to come home and be reunited with her family and I want the Iranian government to see first-hand the enormous suffering they are causing by preventing this.” Mr Ratcliffe said: “The Government is very good at putting human rights issues on the shelf, putting the safety of British citizens on the shelf. Nazinin was given a five-year sentence five and a half years ago. Governments should be hanging their heads in shame.”

Mr Ratcliffe’s condition is being monitored by his mother and father and other family members. His second hunger strike in two years has garnered worldwide attention.

Claudia Winkleman, Victoria Coren Mitchell and Labour leader Sir Keir Starmer are among the hundreds of people who have visited his camp to show their support. “So many lovely people have come down from all walks of life,” Mr Ratcliffe said. “Knowing people are following the story and can see the injustice is so important.”

A Foreign Office spokesman said: “The Foreign Secretary continues to work to secure the release of British nationals unfairly detained in Iran. She spoke to her Iranian counterpart on Monday, raising the cases of Mrs Zaghari-Ratcliffe, Morad Tahbaz, and Anoosheh Ashoori.”