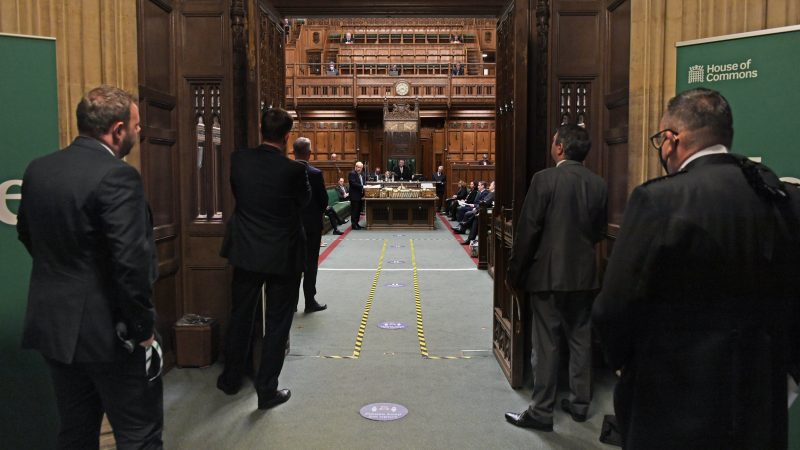 The proposed legislation put forward by the Labour left backbencher would stop MPs taking paid second jobs except in limited circumstances, where that employment is in the NHS, social care or emergency services, or where it is necessary to maintain existing professional qualifications.

“Being an MP is a very well-paid, full-time job. But too many MPs just don’t treat it like that. Instead, they treat it as an opportunity to chase corporate cash through lucrative second jobs,” Burgon said this afternoon.

“It’s time to put an end to this racket. That’s exactly what my bill would do, by banning MPs from having paid second jobs. If the government is actually serious about ending the rot in our politics, they should back my bill.”

MPs found to be in breach of the rules proposed by Burgon’s bill, which will have its second reading on December 3rd, would face the new sanction of a fine, in addition to existing sanctions for MPs such as suspension and a recall petition.

The legislation would update the MPs’ code of conduct to ban them from taking on additional employment, and the parliamentary commissioner for standards would have the power to investigate any alleged breaches and recommend sanctions.

The proposed new rules would not prevent MPs from making media appearances, writing books, giving speeches or writing articles in newspapers, but would mean that they would no longer be paid for doing so.

Private members’ bills are pieces of legislation proposed by MPs rather than the government. The vast majority do not progress through all legislative stages to become law, as this type of instrument is not normally given priority in the parliamentary schedule.

The bill put forward by the Labour MP comes amid the ongoing row over sleaze row sparked by the Owen Paterson scandal, which saw the Prime Minister back the Tory backbencher found guilty of an “egregious” breach of lobbying rules.

The government whipped its MPs to back an amendment rejecting a 30-day suspension of Owen Paterson, but following a backlash ministers U-turned, Paterson resigned and the government passed a motion rescinding the amendment.

Boris Johnson said earlier this month that he was in favour of a ban and that the code of conduct for MPs should be updated to “command the confidence of the public”. He said his government supported two proposals made by the committee on standards in public life three years ago:

But ministers managed to water down measures proposed by Labour to stop MPs taking additional jobs, with Conservative MPs last week backing a government amendment to that effect by a majority of 297.