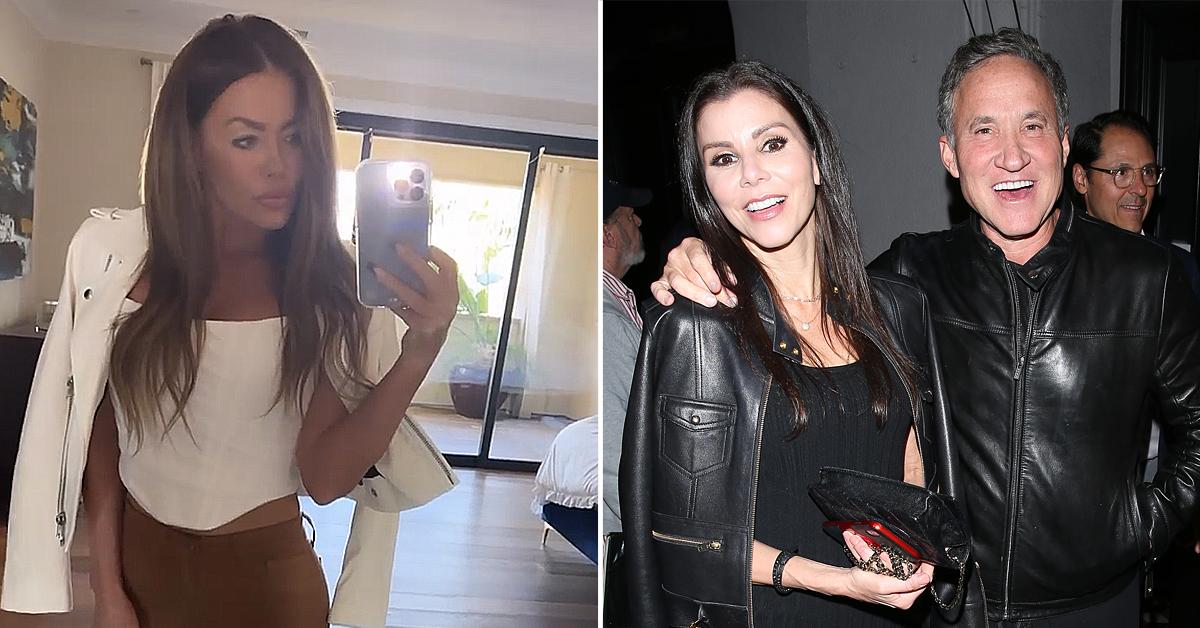 Radar broke the story – the brunette beauty was ostracized a few weeks into shooting Season 16 of the Bravo reality show after expressing dissatisfaction with a plastic surgery procedure she had gotten done by co-star Heather Dubrow‘s husband, Dr. Terry Dubrow, several years ago.

Neither the returning RHOC fan favorite nor her Botched star hubby have made a peep about the feud – or anything else for that matter.

But Nicole is keeping her head up, her spirits high and her heels even higher!

James was seen on her Instagram Story over the weekend, sporting a fashionable white blazer, caramel-colored slacks and pointed nude heels. She also showed off her adorable Louis Vuitton purse, a fresh blowout and just the right amount of makeup to complete her Southern California winter chic look, which she captured via a mirror selfie before heading out the door.

As we previously reported, new episodes of the first-ever Housewives franchise have not even begun to air, and they’re already packed with drama.

Of the forthcoming season’s slated newcomers – James, Noella Bergener and Jennifer Armstrong – we’re told that only two will be holding the coveted orange.

According to our insider, Nicole began filming as a full-time cast member, but after she allegedly made some negative remarks about her cosmetic procedure performed by Terry, all hell broke loose.

We’re told the comments James made were spread by Shannon Beador and discussed among the rest of the cast. Shannon apparently did not take the information directly to Heather.

When Heather found out, we’re told she went ballistic and is now feuding with Beador.

Nevertheless, Dubrow is apparently more furious with James, who she introduced to the group.

“Nicole was brought on by Heather but only filmed for a few weeks,” our source said. “A big storyline that will play out (but is also the reason why she’s no longer on the show full time) is that Nicole was unhappy with the breast augmentation Terry performed on her many years ago.”

“It started circling around through the group, and Heather found out because Shannon was telling everyone but her,” said our insider, adding. “Cue the fight between Heather and Shannon.”

We’re told filming wrapped in early October and that Nicole stopped shooting scenes several weeks before that. At this time, it’s unclear whether she opted for the reduced role herself or was forcibly demoted, but it’s important to note that Bravo’s RHOC and E!’s Botched are both produced by Evolution Media.

“So for them to have a Housewife accusing Terry of such a nefarious, scandalous thing could affect their other show that makes them money,” explained our source.

We have reached out to James, Bravo, RHOC, E!, Botched and the Dubrows for comment.