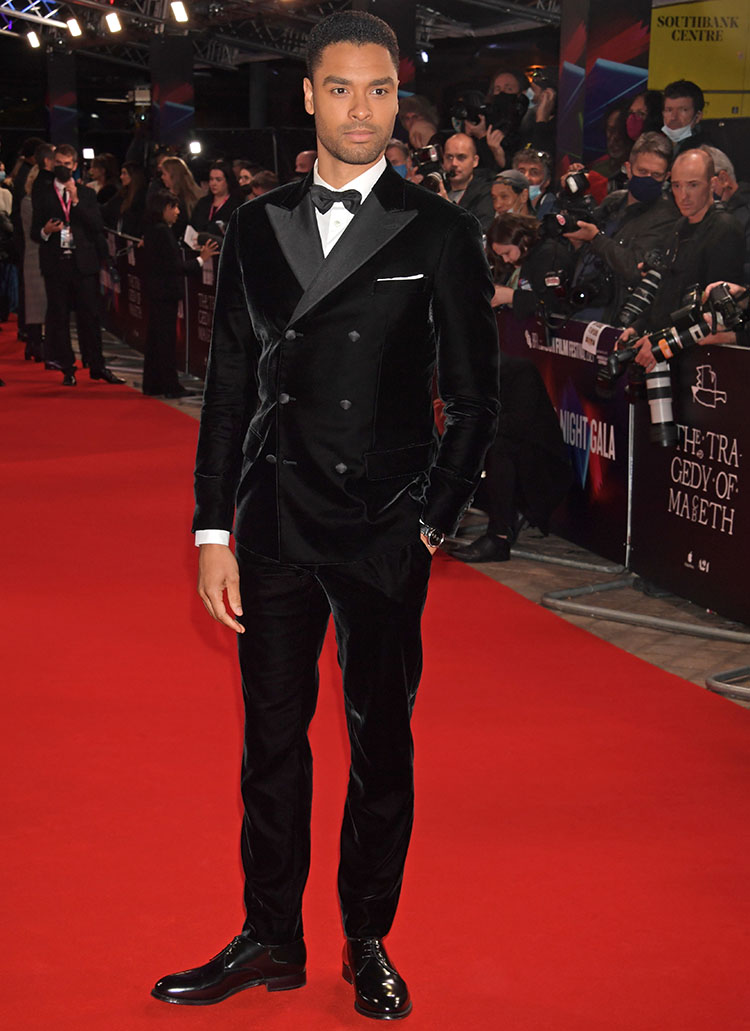 Regé-Jean Page attended the premiere of ‘The Tragedy Of Macbeth’ held during the London Film Festival from The Royal Festival Hall on Sunday (October 17).

We have been really excited by the likes of Tom Ford, Bottega Veneta, Louis Vuitton, Dzojchen, Valentino Haute Couture, Berluti and even Prada for giving us so many great looks this year, but nothing beats a classic tuxedo.

It might now be classed as a fail-safe option, but for me, a Giorgio Armani tux is the gold standard.

This velvet double breasted tux is quietly classical with its cleanly cut profile proving how Armani continues to dominate the formalwear lane.