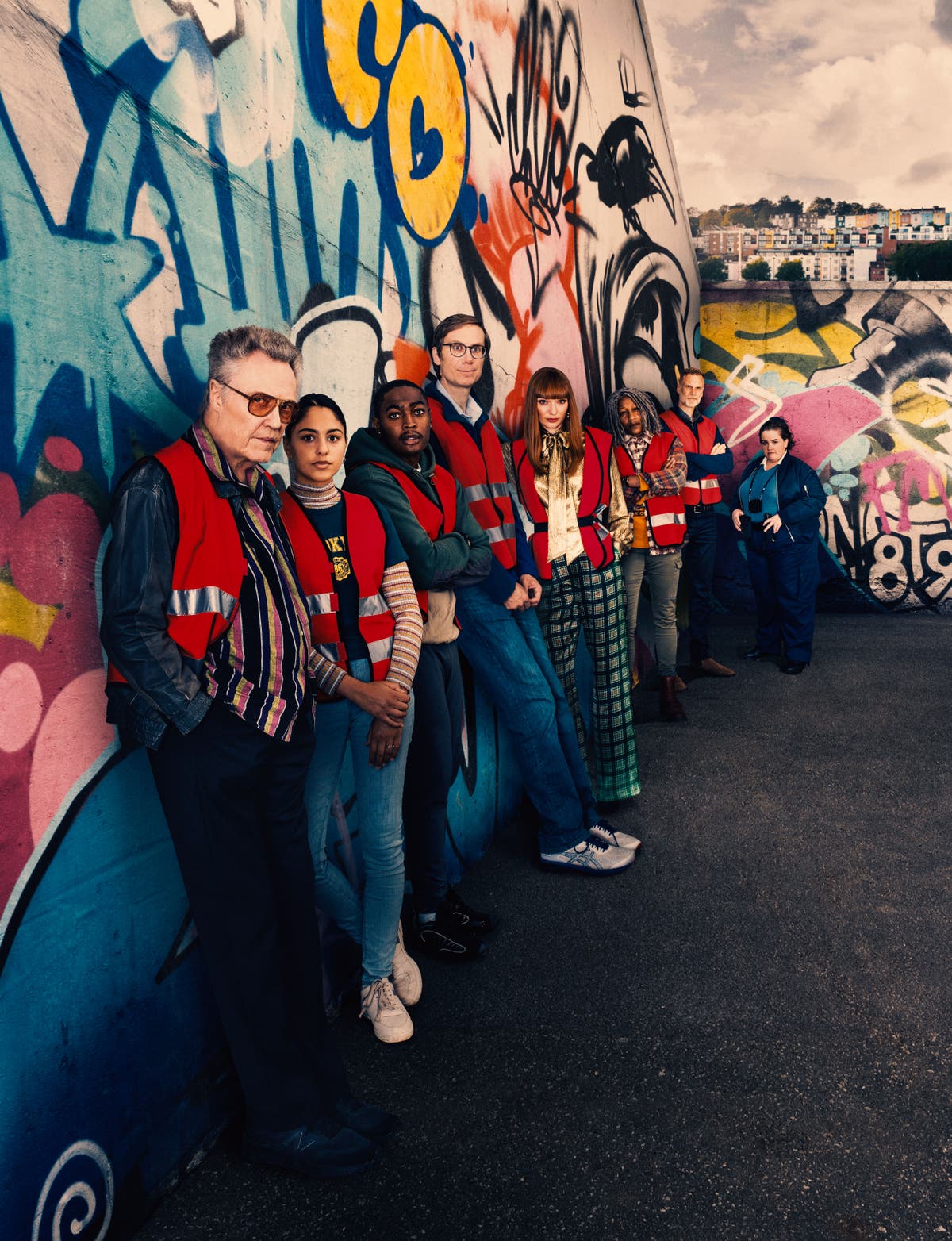 piece of art created by Banksy is painted over by Hollywood star Christopher Walken in the final episode of BBC series The Outlaws.

The six-part comedy-drama follows a group of misfits renovating a derelict community centre in Bristol as part of community service for various crimes they have committed.

It was co-created by Stephen Merchant, who hails from Bristol, alongside American writer and producer Elgin James.

Anonymous street artist Banksy, another Bristol native, painted a rat with a can of spray paint with the words ‘Banksy’ written above it for the series, the show has said.

In the final episode, airing on BBC iPlayer on November 10, viewers will see Walken’s character Frank completing his community service painting away graffiti.

Upon finding the art work, he asks his probation officer Diane – played by Jessica Gunning – if he should paint over it, to which a distracted Diane explains that any graffiti must be painted over.

The series, and final sixth episode, then ends with Frank painting over the graffiti.

A spokesman for The Outlaws said: “We can confirm that the artwork at the end of The Outlaws was an original Banksy, and that Christopher Walken painted over that artwork during the filming of this scene, ultimately destroying it.”

Actor, writer and comedian Merchant, who is also from Bristol, plays lawyer Greg in the series alongside teenager Rani (Rhianne Barreto), who is meant to be off to Oxford University.

Last month a partially shredded Banksy painting sold for £18,582,000 at auction in London.

His artwork Love Is In The Bin was sold by auction house Sotheby’s, who cited the fee as a record for the street artist.

The painting, originally titled Girl With Balloon, hit headlines in 2018 when it partially self-destructed at the conclusion of a previous auction in which it had been sold for £1.1 million.

The canvas was passed through a secret shredder hidden inside the large frame, leaving the bottom half in tatters and only a solitary red balloon left on a white background in the frame.

Love Is In The Bin outperformed its price estimate of between £4 million and £6 million.

The Outlaws is available on BBC iPlayer and the series will be available in the US on Amazon Prime in the new year.