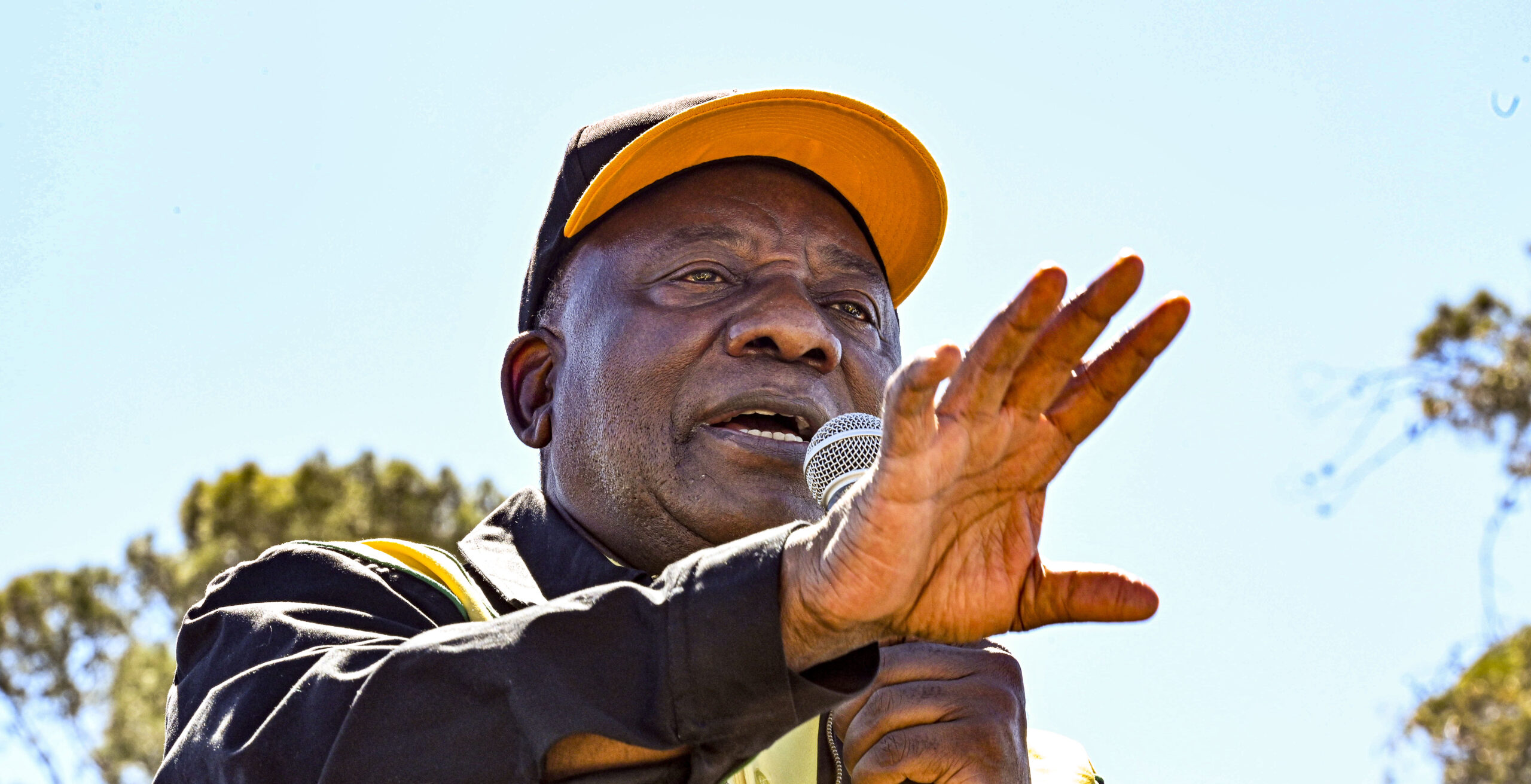 Addressing ANC members in Polokwane, Limpopo, during the party’s annual January 8 anniversary statement on Saturday, Ramaphosa said that those displaying ill-discipline must be shown the door.

The ANC president received a resounding welcome in the province in what is sure to be seen as the launch pad for his re-election later this year at the party’s elective conference.

While Ramaphosa received praise, with provincial party chairperson Stan Mathabatha publicly endorsing him on behalf of the province, a planned alternative programme  to honour suspended ANC secretary general Ace Magashule was abandoned after an instruction from ANC leaders in the Vhembe region.

In the sharply worded statement, Ramaphosa told those resisting the ANC’s renewal programme to leave the party.

He said that the party was losing its appeal to the nation because it “tolerates ill-discipline and people look at us and say what type of organisation is this? As far as we are concerned as the NEC [national executive committee] and I as president this time around, acts of ill-discipline, we must act on them,” he said.

He also reflected on the recent fire which ravaged parliament and this week’s vandalising of the constitutional court, and called on ANC members to defend the country’s democracy.

Ramaphosa said that ANC members must continue to work for the restoration of the integrity of the ANC to earn the confidence and respect of South Africans.

“The ANC must strengthen organisational discipline and address misbehaviour and corruption within our ranks. Our principled programme to implement the step-aside rule must continue. ANC members must unite behind the principled objectives of the organisation contained in our Constitution and fight factionalism and any attempts to undermine the national democratic revolution and our programme of social and economic transformation.”

Reflecting on the state of the organisation, Ramaphosa said that the party must be forthright in recognising, and dealing decisively with, the reality that ANC structures were in a poor state.

Many of them, he added, were focused on internal organisational conflicts, factionalism and furthering the self-interest of individual leaders rather than the aspirations of communities they are meant to serve.

“Consequently, political formations with divergent ideologies and agendas have found common cause in an effort to defeat the ANC and, more substantively, to disrupt pro-poor programmes of social and economic transformation. These objective and subjective weaknesses were reflected in the results of the local government elections in November 2021.

“While the ANC received a clear mandate to govern in the overwhelming majority of municipalities, our overall share of the national vote fell below 50% for the first time since the advent of democracy in elections characterised by very low voter turn-out. Many citizens demonstrated their dissatisfaction,” he said.

Ramaphosa conceded that the renewal programme the party had embarked on was being assailed at various levels by acts of institutional and social disruption.

During the week-long build up to the ANC January 8 celebrations, Ramaphosa was twice whisked away by his bodyguards. Police Minister Bheki Cele described one incident as an act of sabotage.

In the first incident, Ramaphosa abruptly left a planned programme with the ANC Women’s League. The deputy minister of state security Zizi Kodwa blamed it on Covid-19 regulations which were not met.

On Friday Ramaphosa was also escorted out of a gala dinner planned to entice donors when a power outage prevented him from concluding his speech. Cele earlier referred to the outage as “sabotage”.

Acting Chief Justice Raymond Zondo this week warned that public facilities appeared under threat from those wanting to destroy institutions that symbolise and safeguard constitutional rights.

Zondo issued the statement after the constitutional court was vandalised. The attack came three days after the fire at parliament and a day after Zondo formally handed over the first part of his report on state capture to Ramaphosa.

The ANC’s January 8 statement comes as concerns are raised over the apparent weakness and lack of coordination in the country’s security cluster, demonstrated by the unrest and looting that broke out in July last year when former president Jacob Zuma was jailed for contempt of court.

During an inquiry instituted by Ramaphosa into that unrest it became apparent that Cele and then state security minister Ayanda Dlodlo were at odds. Testimony from police commissioner Khehla Sitole also made it evident that Cele was privy to only parts of police intelligence.

The absence of an intelligence report to help mitigate the violence was highlighted by Cele, KwaZulu-Natal Premier Sihle Zikalala and former defence minister Nosiviwe Mapisa-Nqakula.

Ramaphosa said that South Africa’s democratic gains were threatened by a concerted effort to destroy the institutions of its democracy, to erode the values of the Constitution and to undo the social and economic progress made.

“This worrying confluence of subverting actions is evinced by the blatant acts of state capture and criminality described in the report of the commission of inquiry into state  capture, the concerted campaign of public violence and destruction that took place in July last year, as well as ongoing acts of wanton theft, destruction and obstruction of vital public and private infrastructure, including communication and logistical networks,” he said.