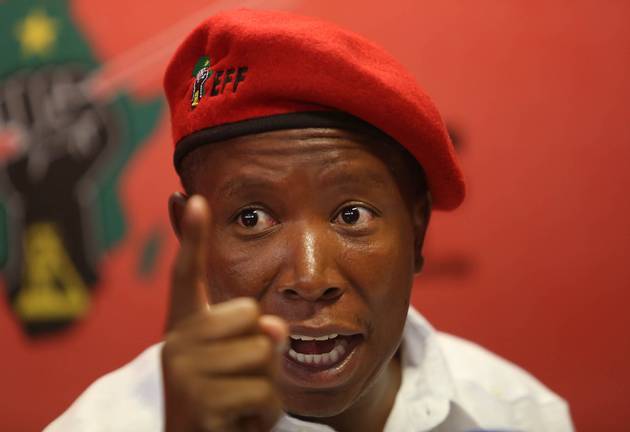 Johannesburg- It has been a joyous day for the Economic Freedom Fighters in KwaZulu-Natal as its leadership hosted a Siyabonga rally at People’s Park today in Durban.

This comes after the party had a good voter turnout in the province last year, in the local government elections.

In a statement that the party released recently, it was stated that four cows will be slaughtered to properly thank everyone who voted for the EFF last year.

Founder and Commander in Chief (CIC) Julius Malema in his speech said, they want stadiums to be opened because entertainment creates a lot of jobs.

He added that the Premier Soccer League is polite for not challenging government on the regulations, when it comes to fans not going to stadiums to watch their teams.

“PSL must not seek to be liked. It must challenge for the opening of the stadiums. Political parties have been filling Stadiums but stadiums are not open for entertainment,” he said.

He further said that they want locals to be prioritized for employment.

“We must visit hospitality venues and ask them how many South Africans they are hiring,” he added.

[In Pictures]: Member of the Red Brigade Team Ntando Duma at the #EFFSiyabongaRally pic.twitter.com/PTZjwiBREi