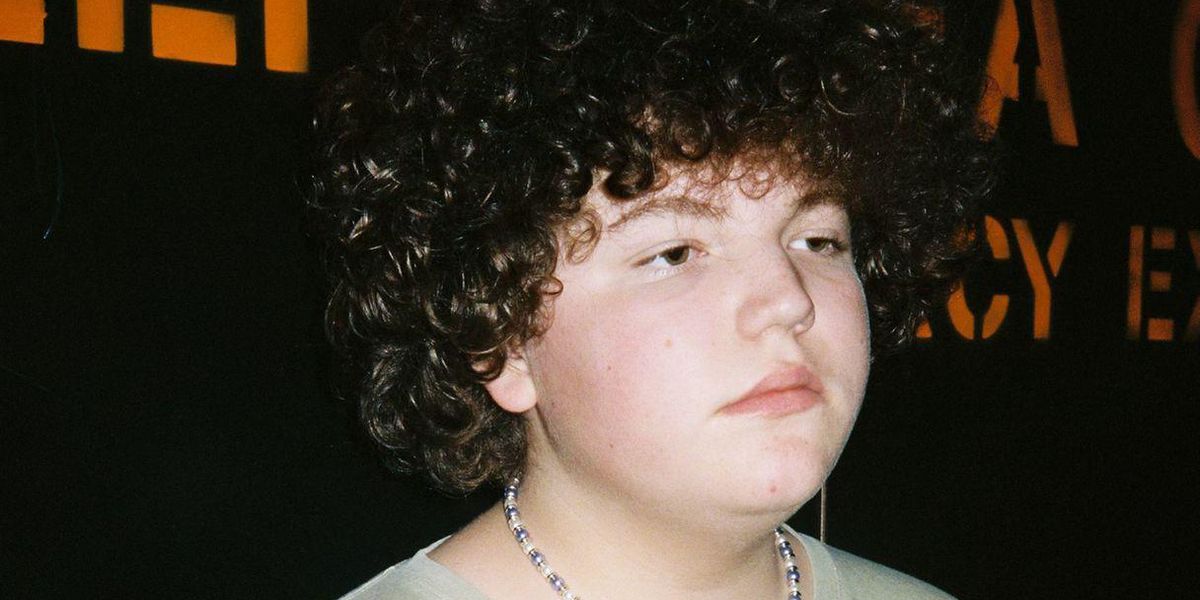 With a Justin Bieber co-sign at age 14, Jackson, Mississippi’s Prentiss is well on his way to becoming the local breakout you can’t ignore. The teen artist, who’s found a place in the growing hyperpop scene alongside friends like glaive, arrives today with the title track off his debut EP, hey prentiss, and a dystopian Daniel Jordan K-directed music video.

“hey prentiss” follows Prentiss’ lead single, “i will wait,” both of which have been released through Cinematic Music Group, the label famous for launching rap legends, from Nipsey Hussle to Joey Bada$$. With his cute, high-pitched voice and blissfully naive lyrics, Prentiss certainly stands out in their lineup, but the industry’s already lining up his potential.

“From the first time I talked to Prentiss I knew this kid was gonna be a star,” Cinematic Music Group CEO Jonnyshipes says of his decision to sign Prentiss. “The sky is the limit, and I can’t wait for the world to get to know him more in the next few months and beyond. Stay tuned.”

Below, watch the PAPER premiere of “hey prentiss,” ahead of Prentiss’ EP drop at the top of next year.

What are you most excited about in music today?

Music is fire, I love music. 2021 was an insane wave of underground music and 2022 is just gonna reach new levels. I mess with a lot of different sounds, so I never really know what I’m gonna make next, but it’s exciting.

What do you think this new music says about you as an artist? How is it reflective of where you’re at now?

Well I’m 14, so I’m not really reflecting yet — just kinda vibing. It’s my first project, so it shows how much I’ve changed since my earlier music. I’ve started exploring different sounds, teaching myself how to produce and learning new instruments.

How has your relationship with music changed now that it’s a career?

I just do it more, I guess? Well my manager tells me when I need to finish something and that’s different.

Talk through the concept for your “hey prentiss” video. What did you want it to look like and who’d you work with?

The director, Daniel Jordan K, and the crew at Overcast came up with the concept of creating a dystopian planet, which sounded like a vibe to me. They filmed me in a never-ending spiral staircase and it was super trippy. My scarf was also fire.

How do you react to the public’s obsession with your age? Does that impact the way you approach music?

I don’t really care. I just make music because it’s what I love, but If other people think it’s tight, that’s cool.

People are always gonna assume things about you, so you just gotta do you.

What has been the biggest challenge in creating your debut EP?

Being patient and waiting to put things out — music videos, songs etc. Sometimes I just wanna drop things on Soundcloud and call it a day.

On a Friday night in Jackson, Mississippi, what’re you doing?

I’m probably either making music, at a football game or just riding around the city with my friends listening to music. There isn’t a ton to do out here, so we stay busy creatively.