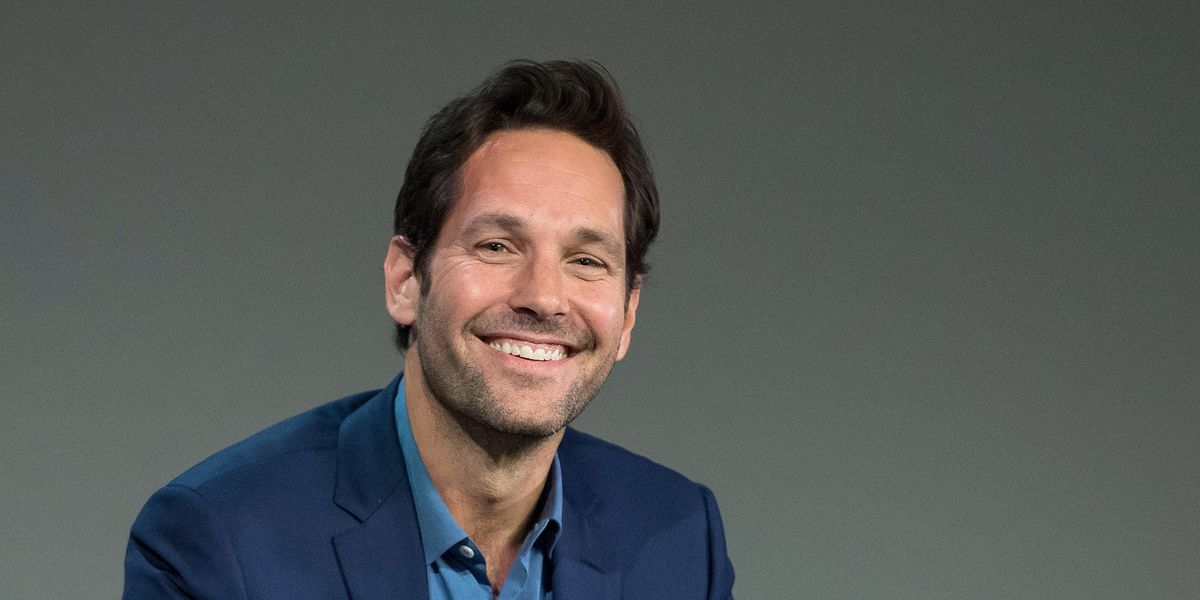 Redefining what it means to be considered “sexy,” People has named Paul Rudd as this year’s “Sexiest Man Alive.”

Joining the pantheon of chiseled jawlines and rock hard abs that includes the likes of Matthew McConaughey, Ryan Reynolds and Idris Elba, the publication has added the comedic actor as the latest person to their illustrious series. Perhaps not the first person that comes to mind when you think of the word “sexy,” the Clueless actor admittedly has a certain undeniable charm to him with a self-deprecating sense of humor that makes him all the more endearing.

“I do have an awareness, enough to know that when people hear that I’d be picked for this, they would say, ‘What?'” Rudd tells People. “I mean I’m going to lean into it hard. I’m going to own this. I’m not going to try to be like ‘Oh, I’m so modest.’ I’m getting business cards made. But all of my friends will destroy me and I expect them to. And that’s why they’re my friends.”

But before Rudd was officially named Sexiest Man Alive, The Late Show’s Stephen Colbert made sure to put him to the test. From a rigorous interview to a Westminster’s Kennel Club-esque physical assessment, Colbert had Rudd go through his extremely sexy paces culminating in a photoshoot where the actor man-handled some power tools, licked a monk’s robe and the obligatory wet T-shirt contest.

And while Rudd may be at first glance an unconventional pick for Sexiest Man Alive, it doesn’t appear that anyone’s complaining.


What we are NOT gonna do is treat Paul Rudd like heu2019s Blake Shelton!!!!!pic.twitter.com/VmDiGxRO1u


thinking about paul rudd in the ant-man brapic.twitter.com/I8tn7mpnqH