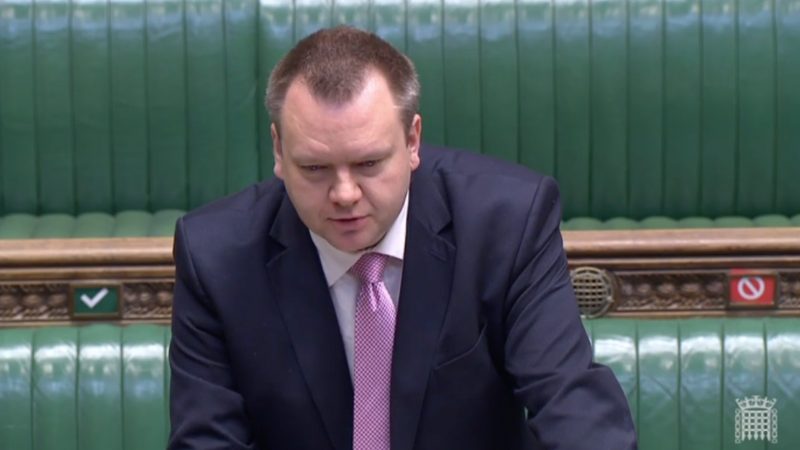 Nick Thomas-Symonds told the Commons today that Priti Patel has “lost control” of the English Channel refugee crisis after the move by Downing Street to bring in Cabinet Office minister Steve Barclay to oversee a cross-Whitehall review.

Tabling an urgent parliamentary question this afternoon, following the arrival of more than 25,600 people via the dangerous English Channel route this year, the Shadow Home Secretary called on Patel to make a statement on the crisis.

“The Home Secretary has repeatedly made pledges that the route across the Channel will be made unviable, but as usual with this government it is all empty rhetoric and broken promises,” Thomas-Symonds said this afternoon.

“The Home Secretary has blamed everyone but herself, and now we know that a Cabinet Office minister has been brought in to look at this. So can we have some clarity from the government: who actually is in charge of immigration policy?

His comments come after Boris Johnson said he was “exasperated” by the situation that saw 886 people, including children wrapped in blankets, arrive on the southeast coast of England with the help of lifeboat crews on Saturday alone.

Patel defended her action on migrant crossings, telling MPs that her Labour counterpart was talking “complete and utter nonsense” and describing the issue as a “global” problem the needed a “whole government effort” to solve.

She criticised the party for its opposition to the government’s nationality and borders bill, saying Labour voted against it “not because they are genuinely frustrated at the number of illegal migrants entering our country” but because the party is for “unlimited migration”.

The Home Secretary argued that “the only solution is wholescale reform of our migration system” and that the opposition party has a position “totally divorced from reality”, adding: “They don’t have a viable plan.”

“A bill that breaches the refugee convention, that reduces protections for victims of modern slavery and will not help the situation in the Channel is not worthy of the support of the opposition,” Thomas-Symonds told the Home Secretary.

The number of small vessels arriving in the UK now stands at more than three times the figure for the entirety of 2020, when 8,417 people crossed the Channel, according to data obtained by the Press Association from the Home Office.

Deputy Prime Minister Dominic Raab talked about “reducing the pull factor” last week in an attempt to justify controversial plans by ministers to offshore the asylum system to third-party countries, shipping people to Albania for processing.

Home Office junior minister Chris Philp has claimed that accepting asylum seekers who have travelled through Europe “creates a pull factor where migrants are incentivised to undertake dangerous and illegal journeys”.

But the department was accused by charities of covering up its own research on the issue because ministers “know their arguments don’t stand up”, after officials refused to publish its evidence for claims of the alleged ‘pull factor’.