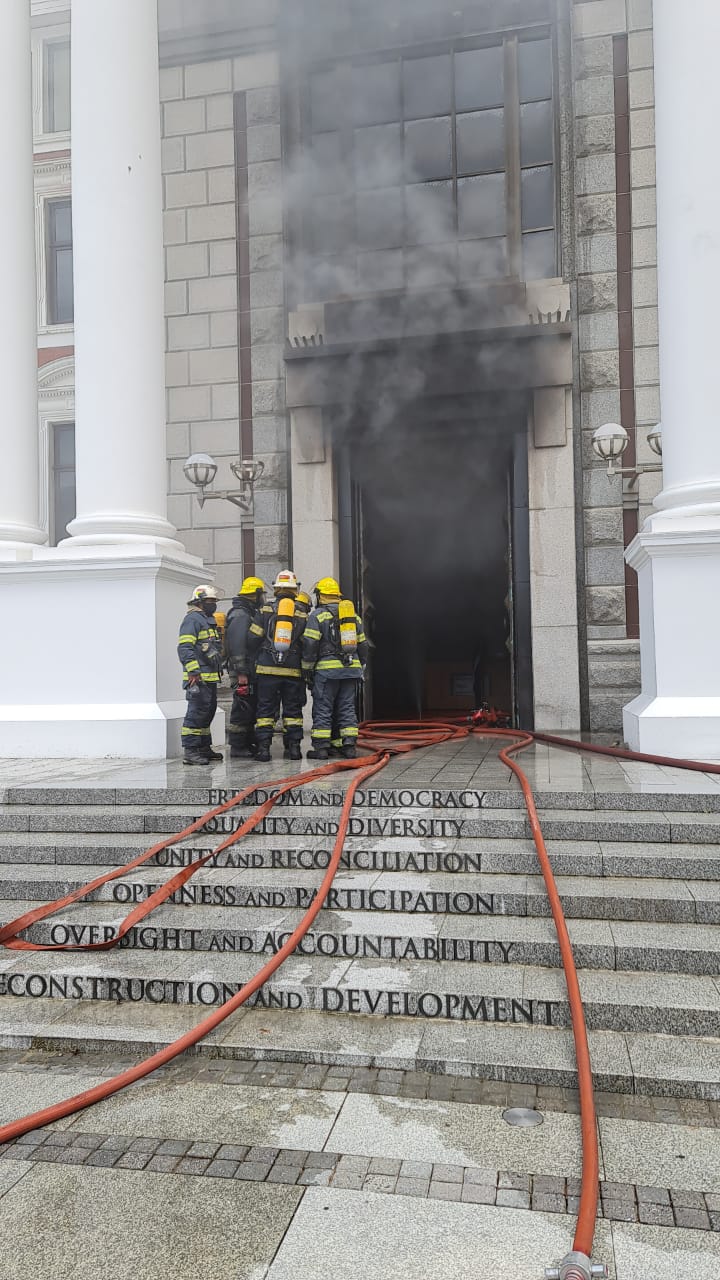 A fire that broke at parliament early on Sunday morning ravaged the Old Assembly section of the legislature and spread to the National Assembly, where emergency services said they had been unable to contain it.

Five hours after the first alert, there were 60 firemen on the scene after reinforcements were brought in from different parts of the peninsula, but a spokesman said it remained “out of control”.

The initial indications were that it began in an office section, then spread to the gymnasium of the Old Assembly section of the legislature.

“The Old Assembly is gutted. The roof area has caught alight and the National Assembly building is on fire too,” said JP Smith, Cape Town’s mayoral committee member for safety and security.

“The fire has not been contained and reports of cracks in some walls of the building have been confirmed.”

The Old Assembly chamber and the parliamentary library, however, were intact, according to a fire services spokesman at the scene.

According to Smith, fire services received the first call at 6.12am.

Though the legislature is a few blocks from Cape Town’s central fire station and firefighters were at the scene within minutes, according to Smith, the blaze spread through the upper floors of the Old Assembly and towards the so-called new wing, housing the National Assembly.

“The fire and rescue services have confirmed that they were already on scene when the fire detection alarms at parliament activated for the first time.“

The emergency services said no injuries had been reported.

Parliament is currently in recess and due to resume its work later this month.

Columns of smoke hung over the building and the city skyline.

Smith said it would be irresponsible to speculate about the cause of the fire but police investigators were at the scene.

In a statement, parliament confirmed that “investigations are underway by the relevant authorities”.

“The presiding officers of parliament are distressed by this incident and the extent of the damage caused thus far to the precincts of the seat of the national legislature. They have urged the relevant authorities to leave no stone unturned in establishing the cause of the fire.”

In April 2021, a fire that began at Rhodes Memorial devastated parts of the University of Cape Town, including the library housing irreplaceable archives.