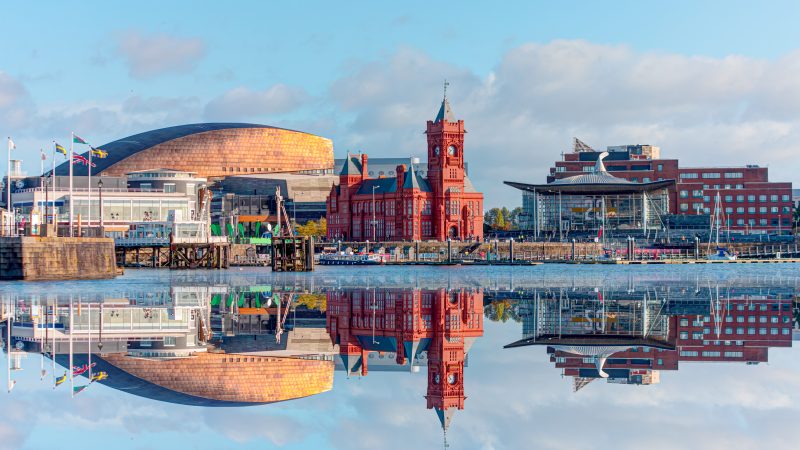 The Welsh parliament elections delivered an equal best ever result for Welsh Labour. Contrary to all expectations, and in sharp contrast to local elections in many parts of England, Welsh Labour increased the number of seats held to 30, exactly half the total in the Senedd, enabling it to form another Welsh Labour government.

Labour has now been in power in Wales for over 20 years and for the entirety of devolution. It is a remarkable success story and Mark Drakeford has become the most well-known and popular Welsh politician in recent generations. With an electoral system consisting of 40 constituency seats elected by first-past-the-post and a further 20 seats elected via a proportional top-up system (as is also the case in Scotland), it is virtually impossible for a political party to win an outright majority.

Welsh Labour has won every election since 1999 but has always depended on support from another political party in order to govern. This has normally been in the form of some sort of partnership agreement with the Lib Dems or, as in 2007 when Labour went down to 26 seats, a formal ‘One Wales’ coalition with Plaid Cymru – and the compact with them in 2016 that secured a Labour First Minister with an agreed policy and legislative programme for 18 months.

It should therefore come as no surprise that cooperation talks with Plaid Cymru have taken place and have now delivered an agreement. It is not a coalition and it is very different to the agreement between the SNP in Scotland and the Greens, where they have been given two ministerial positions. There will be no Plaid Cymru ministers.

Instead, it is a cooperation agreement, based on the common policy commitments of both Welsh Labour and Plaid Cymru, to work together for the people of Wales to deliver on the progressive policies both parties have promised in their manifestoes. It will be facilitated by access to the civil service in appropriate areas, joint working and the appointment by the First Minister of two special advisers to assist. It will be a different way of working collaboratively on the areas of the agreement, but formal portfolio responsibilities will remain with government ministers.

Political cooperation in Wales has changed over the past two decades, and for the better. When the people of Wales voted a quarter of a century ago for self government, they were promised a new type of progressive politics – a democracy and government that would work inclusively and cooperatively. This agreement is the latest fulfilment of this progressive political transition.

During the Tony Blair years, Welsh Labour adopted a ‘clear red water’ identity to distinguish its more overtly socialist agenda from the direction of the party in England. The manifesto on which Welsh Labour was elected in May of this year is no less progressive and has continued the tradition of a radical Welsh socialist agenda on issues attuned with the aspiration and identity of Welsh communities, many of whom have suffered from Tory austerity and welfare cuts and are also still recovering from the impact of the Tory policies of the 1980s under Margaret Thatcher and deindustrialisation.

The agreement builds on that manifesto and will enable it to be delivered, as it will for parts of the Plaid Cymru manifesto. It commits to working together to deliver a number of radical policies that would take pride of place in any Labour manifesto. Extending free school meals to all primary school pupils with the commitment that no child should go hungry. Extending childcare to all two-year-olds and strengthening  Welsh medium childcare. Joint work will be undertaken to establish a national care service, free at the point of need, with progress towards a better integrated health and social care system and work towards parity of recognition and reward of health and care workers.

Action will be taken to address the proliferation of second homes and the issue of unaffordable housing with a commitment to a white paper to establish a right to adequate housing, fair rents and an end to homelessness. As well as the policy agenda, the agreement will facilitate the Welsh government’s own legislative programme in these and other areas and, importantly, will enable a smooth three-year budgetary process.

The alternative is a government that would otherwise have to devote much of its time to negotiating and arguing, line by line, all its key legislation and a budgetary process where there could be no certainty from one year to the next.

At a time when devolution is under assault from a right-wing centralising government and a three-year austerity financial settlement, which will leave Wales £3bn worse off in real terms by 2024 than it was in 2010, the agreement will enable the Welsh government and the Senedd to focus on protecting and improving services, tackling poverty and improving the quality of life of our communities. It will provide an example of progressive government and an alternative to the sleazy, right-wing politics of the Tories in Westminster.

The agreement does not end scrutiny and challenge to the Welsh government. That will continue. Welsh Labour will continue with its other manifesto commitments in respect of radical electoral reform, public ownership of Welsh railways, the constitutional commission that has been set up, the social partnership bill and our commitment to legislate in areas of clean air, single use plastic and environmental protection.

The agreement will require trust and goodwill from both parties, and it will not always be easy. The temptation for both to resort to the political comfort of division and conflict is always there. But, as we work together to get through the pandemic, seek to rebuild our economy and deliver social justice, the prize is too great to fail. The overwhelming endorsement of the Welsh Labour executive committee and the national executive of Plaid Cymru is confirmation of this. We know we can make this work. We have done it before and we can do it again.

As the only current bastion of Labour parliamentary government in the UK, this agreement to work together, to take Wales forward, is the best and most effective way of delivering the progressive policies and services the people expect from a Welsh Labour government.