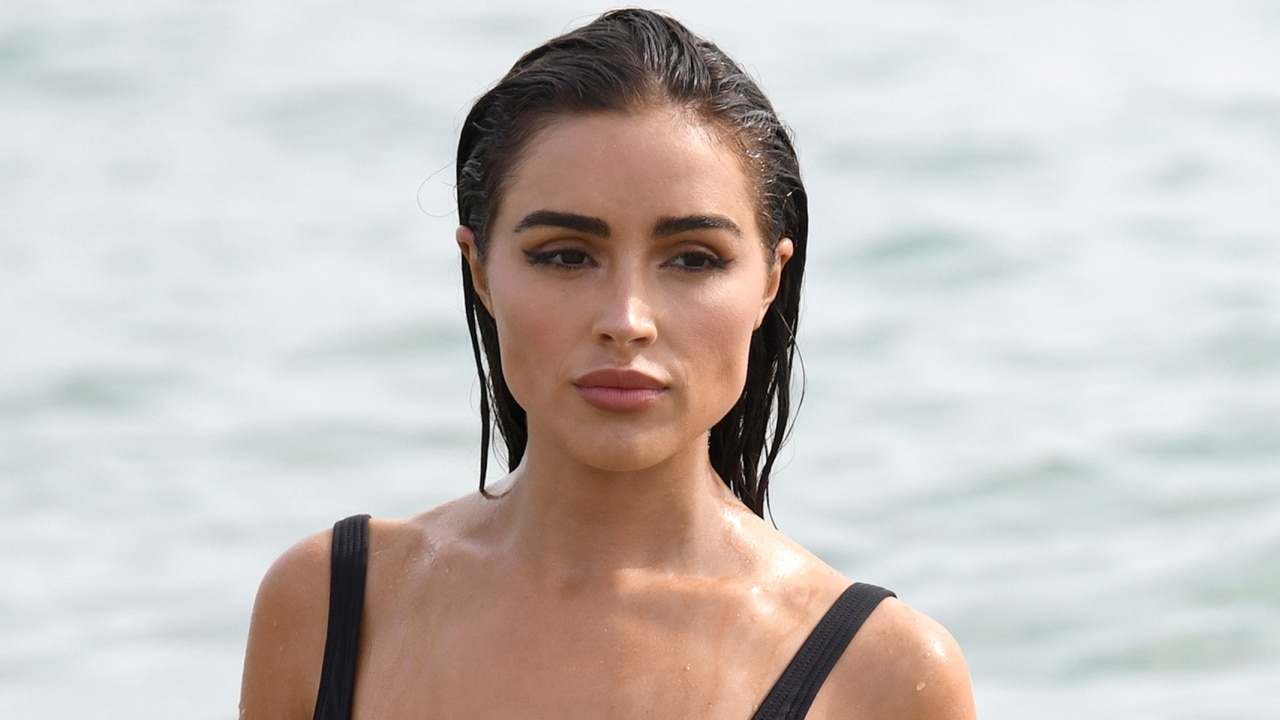 Airline companies, I need you to look within.

You put up with a lot, I know. People who refuse to wear masks. Drunken idiots spouting off racist nonsense. Violent passengers. But it’s mostly airline stewards who have to deal with those cretins, and I have no beef with them.

What I can’t abide are these strange rules around what people are allowed to wear onboard. For example, American model Olivia Culpo was on her way from Los Angeles to Cabo San Lucas, Mexico, when she was called up to the front desk and told she wasn’t allowed on the plane wearing her outfit. For the record, Olivia was wearing black bike pants, a black, crop top bra and a long black cardigan over the ensemble.

The model’s sister, Aurora, who was travelling with her, documented the incident and posted it to her Instagram stories, explaining, “They call her up to the desk and tell her that she needs to put a blouse on; otherwise, she can’t get on the plane,” Aurora continued in the clip. “Tell me, is that not so f–d up?”

Olivia then reposted it to her own Instagram, adding “”Wtf???, “Oh no, I’m confused lol. Is this inappropriate/offensive?”

Olivia was only allowed on the plane once she borrowed her boyfriend’s grey hoodie.

According to American Airlines, Olivia was in violation of their policy, which states that “all customers must dress appropriately, and offensive clothing isn’t permitted onboard our flights.”

Which is utterly vague, but okay — let’s say the person at the front desk is faced with a woman wearing nothing but a bikini. She still deserves to get on, and here’s why.

Do we really have to put on our Sunday Best so that we can be sandwiched between one guy picking his toenails and a toddler screaming while bashing their iPhone? Do we have to put on pearls so the moron in front of us can extend their seat all the way back to our noses? Should we wear a tux while we attempt to scoot past the woman who refuses to move her legs? Am I meant to get dressed for the opera just so I can pay an extra fee to eat peanuts?

You want us to ‘respect the airline’ by wearing ‘appropriate clothes’? Why don’t you guys respect our humanity?

Once, a long time ago, everyone really did wear their Sunday Best. Travel was a luxury, by which I mean, you had space to scratch yourself. But these days, we’re jammed in like battery hens, hooked up to our earphones, so we may more easily disassociate and pretend we’re not here. All while we try not to think about the “deal” we got that quickly turned into a rip-off just because we requested a drink and some leg room.

But most of us don’t get access to that coveted leg room, so why the hell wouldn’t we wear our most comfortable clothes? Why wouldn’t we don our “lounge wear” and pyjamas and gym gear? If what we’re wearing is safe, why not? Who exactly are we dressing up for?

Let’s be honest, airline travel is, these days, about as fancy as a gym locker room, in that it’s gross, sweaty and usually featuring people with no concept of boundaries. So, if we’re talking about the real meaning of appropriate, which is defined as something that suits the circumstances, then, yeah, a crop top and bike pants are just about the most appropriate outfit you can wear.