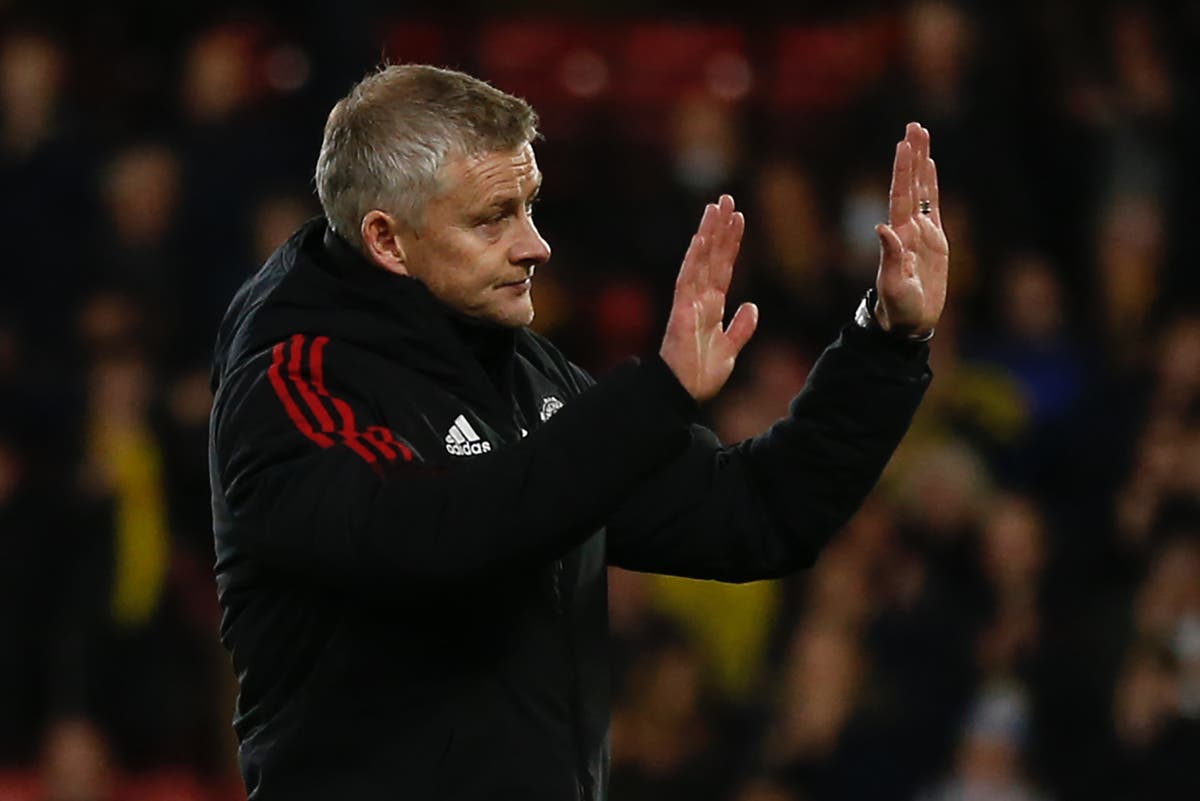 The Norwegian was already under huge pressure ahead of Saturday’s trip to Vicarage Road and many will feel that his position has now become untenable after another truly miserable afternoon that culminated in a disastrous 4-1 loss.

The United hierarchy called an emergency board meeting on Saturday night to discuss Solskjaer’s position, with suggestions that his exit is now imminent after a dismal run of five defeats in seven top-flight matches.

Goalkeeper David de Gea kept out two early Ismaila Sarr penalties against Watford, but Claudio Ranieri’s side would not be denied as Josh King and Sarr both netted before the break.

The little-used Donny van de Beek reduced the deficit five minutes after half-time, but Harry Maguire was then sent off for two bookable offences in seven minutes before Cristiano Ronaldo saw an effort ruled out for offside.

Joao Pedro and Emmanuel Dennis piled the misery on United in second-half stoppage time to leave the embattled Solskjaer on the brink.

The manager apologised to the travelling fans at the end of the game, while midfielder Bruno Fernandes wagged his finger in disapproval at those that booed him and pointed that the players were to blame.

“I feel for the fans and I feel the same as them – we’re embarrassed by losing the way we do,” Solskjaer said.

“We know we are in a very bad run and a bad situation, but that’s football and I know they’ll support whoever is on the pitch every day, and sometimes you’ve got to say sorry.”

Solskjaer shrugged off the inevitable speculation about his future, adding: “I’m working for and with the club and I’ve done that for 18 years.

“We’ve got a good communication and if the club were thinking about doing something then that is between me and the club.

“The results are not good enough, we know that. We’ve gone 30 games unbeaten away from home and now we’ve lost two on the bounce and conceded four goals in both of them, so of course something’s wrong.”

United improved after the break as Van de Beek and Anthony Martial were thrown on at the interval, but Solskjaer admitted his side’s mentality had to be questioned.

“The first half was very very poor, we need to get the players in a better frame of mind to start the game because in the second half when it seemed like they had nothing to lose, they played well,” he added.

“I’ve got to say you’re surprised because all of these lads are good lads and top players, but when it’s not going well it’s hard to play with that mental break. In the second half when we had nothing to lose they played fantastically and scored a good goal but of course it wasn’t enough.”

“The first half was so below the standards these players have set for themselves. We let Watford into our half way too easy. We got what we deserved.

“We definitely need something to happen. We are so much better than what we are showing.

“I believe in my staff, my players and myself.”

Asked if he feared for his future at the club, he replied: “That’s for discussion between the club and myself.”

Additional reporting by the Press Association.