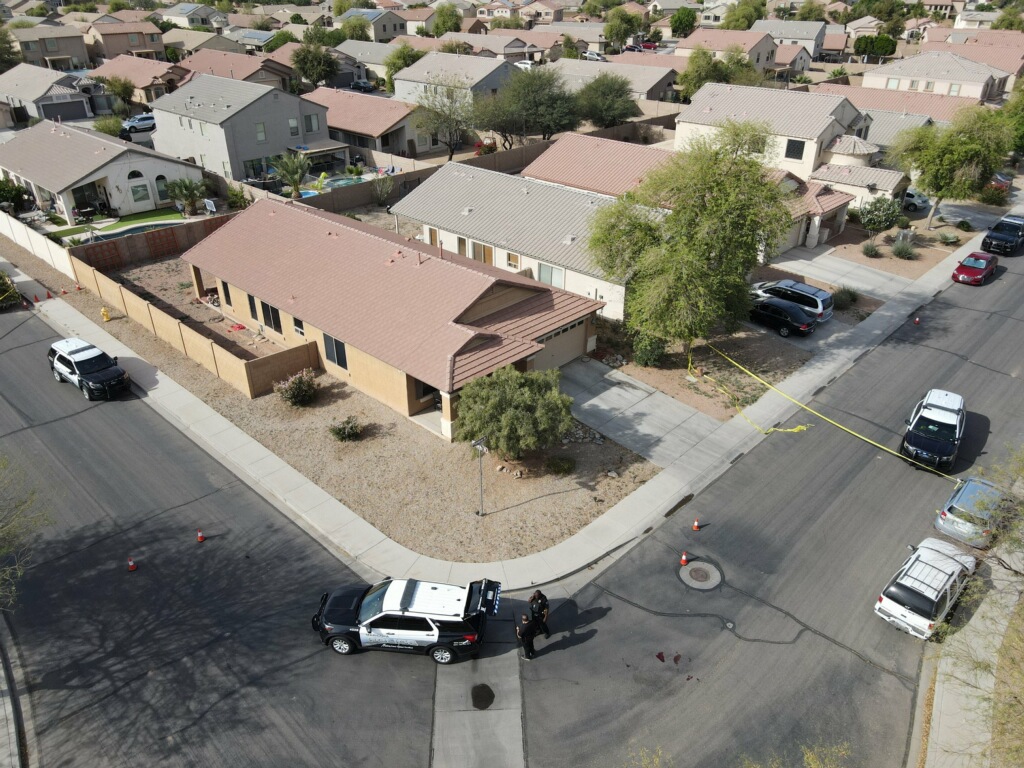 Maricopa police shot and killed an armed man who was making threats at his Homestead residence on Sunday morning.

The incident, the town’s first officer-involved deadly taking pictures since 2015, occurred close to the nook of Mac Neil Road and Robbins Drive within the Homestead North group.

According to Sgt. Hal Koozer, police spokesman, two officers responded to a name at 7:49 a.m. of a person threatening with a gun. The man engaged with officers outdoors the house and the altercation spilled into the road on the intersection. Officers fired on the man, hanging him. He fell on the street.

Paramedics gave lifesaving efforts on scene, however the man was pronounced useless after being taken to Chandler Regional Hospital, Koozer stated. The officers weren’t injured within the incident.

Neither the person nor the officers had been recognized by police. Authorities had been nonetheless making an attempt to inform the person’s subsequent of kin, in response to Koozer.

It was unknown if the person discharged his weapon, stated Koozer. The Pinal County Sheriff’s Office will examine the incident. Investigators will attempt to decide if the person fired on officers and whether or not one or each officers fired on the resident, and whose gunfire struck the person.

Koozer stated the investigation has not but decided who made the preliminary name alerting police to the state of affairs. Investigators are trying into whether or not it was a neighbor, somebody within the house, or probably the sufferer himself.

A resident of close by Novak Lane stated she was within the bed room of her house when she heard 4-5 gunshots shortly after 8 a.m. That account matches what various Homestead residents reported listening to in posts on Facebook.

The officers concerned within the taking pictures had been taken into the police station for questioning, in response to Koozer.

“This now becomes a homicide investigation,” he stated. “The officers will be interviewed. They will have their rights just like anybody else, and they will have representation. They will be able to share their side of what happened. The officers are separated from each other (during questioning).”

The officers will probably be positioned on administration depart with pay for at least three days, normal process in officer-involved shootings, Koozer stated, noting such incidents are uncommon in Maricopa.

“We were just talking about that,” Koozer stated. “There haven’t been many. I think the last one was in 2015 in Cobblestone. Our officers have done a good job saving a lot of lives through the years and their de-escalation techniques are right on point.”

The officers had responded to Guillory’s house in Cobblestone Farms on a welfare test after 911 calls originated from the house. When police arrived, Guillory was strolling outdoors and believed to have a weapon. An ensuing confrontation led to the person being shot when the officers felt threatened, in response to police.

The Arizona Department of Public Safety investigated the incident.

Guillory, who served within the army in Iraq, had a spouse and two youngsters.

Maricopa police stated they’d had a number of contacts with Guillory previous to the incident, in response to DPS.