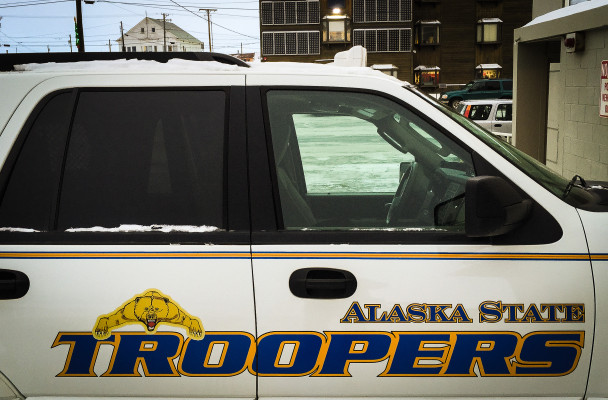 An Anchorage man was shot and killed by Alaska State Troopers and local police officers in Fairbanks on Monday.

Troopers spokesman Austin McDaniel said troopers tried to pull over 57-year-old Amos Lane for erratic driving near the Mitchell Expressway and Airport Way shortly before 3 a.m. Monday, but Lane fled. Although troopers initially gave chase, they ended the pursuit for safety reasons, according to an online report from troopers.

Hours later, around 9 a.m., officers attempted to pull over Lane a second time in the area of Peger Road and Phillips Field Road. He again drove away, said McDaniel.

“And troopers as well as Fairbanks police officers pursued that vehicle for about 15 minutes throughout the Fairbanks area,” he said. “At around 9:15 a.m., an Alaska State Trooper performed a pit maneuver (and) stopped that vehicle near Cushman St. and 23rd Avenue in Fairbanks. Law enforcement officers then blocked the vehicle, preventing it from fleeing the area.”

“And pointed that handgun at a female passenger that was also in the vehicle,” he said. “The driver failed to follow the commands of law enforcement officers that were on the scene, and due to his actions, multiple law enforcement officers from the Alaska State Troopers and Fairbanks Police Department fired their duty weapons at the driver, fatally wounding him.”

The woman in the vehicle and an Alaska State Trooper were injured by the gunfire and taken to the hospital. Both sustained non-life-threatening injuries and the trooper was treated and released Monday.

McDaniel would not answer questions about Lane’s actions prior to the shooting, or who fired the shots that injured the woman and the trooper. He said the Alaska Bureau of Investigation is looking into those and other questions as it investigates the shooting. The identities of the officers who fired their weapons will be released 72 hours from the time of the shooting. An online court records search for Amos Lane shows a history of criminal cases dating back over 20 years. The most recent case involved a 2018 burglary in Kotzebue.