IND vs NZ LIVE Score: New Zealand chase 185- Rohit Sharma slammed his 26th T20I fifty as India made the most of the conditions and set 185 target for New Zealand at the Eden Gardens on Sunday. Follow India vs New Zealand LIVE updates on InsideSport.IN

Opting to bat, Rohit Sharma and Ishan Kishan provided India with a great platform posting 69 for the first wicket. But once Ishan Kishan departed, India lost two wickets in quick succession. Suryakumar Yadav and Rishabh Pant failed with scores of 0 and 4. While Rohit brought up his half-century and departed after a fantastic one-handed catch by Ish Sodhi, Shreyas Iyer and Venkatesh Iyer kept the scorecard ticking.

In the end, Deepak Chahar’s 8-ball 21 helped India post 184/7. Mitchell Santner was the most successful bowler who kept NZ in the hunt, taking three wickets for 26 runs.

Over 2: Deepak Chahar comes into attack

Over 20: Adam Milne to bowl the last over

Over 19: Lockie Fergusen back for his final over

Over 17: Adam Milne back in attack

Over 16: Trent Boult back in attack

Over 15: Santner comes in for his last over

Over 14: Ish Sodhi comes for his last over

Over 7: Mitchell Santner comes in

Over 5: Adam Milne comes in

Over 2: Adam Milne comes in

Over 1: Trent Boult with the new ball

India have made two changes. Ashwin and KL Rahul sit out, Ishan Kishan and Yuzvendra Chahal return to Playing XI. For New Zealand, captain for the first two T20Is, Tim Southee is rested while Lockie Ferguson returns from injury.

With the series T20 series already in the pocket, Ishan Kishan and Yuzvendra Chahal got the opportunity while KL Rahul was rested out to stay fresh for the Test series, beginning in four days in Kanpur.

Rohit Sharma after toss: We are going to bat first. Pitch looks a little sticky and we want to challenge ourselves as a batting unit. We gotta try various things and this is one of them. We want to put runs on the board and give the new set of bowlers a target to defend. KL and Ashwin are rested. Ishan and Chahal come in. We are very clear as to what we want to do that’s why Ishan has to wait for his opportunity, Chahal as well, he has been a champion bowler for us.

@18:15: No new caps handed over today. That means Avesh Khan will have to wait for his chance. 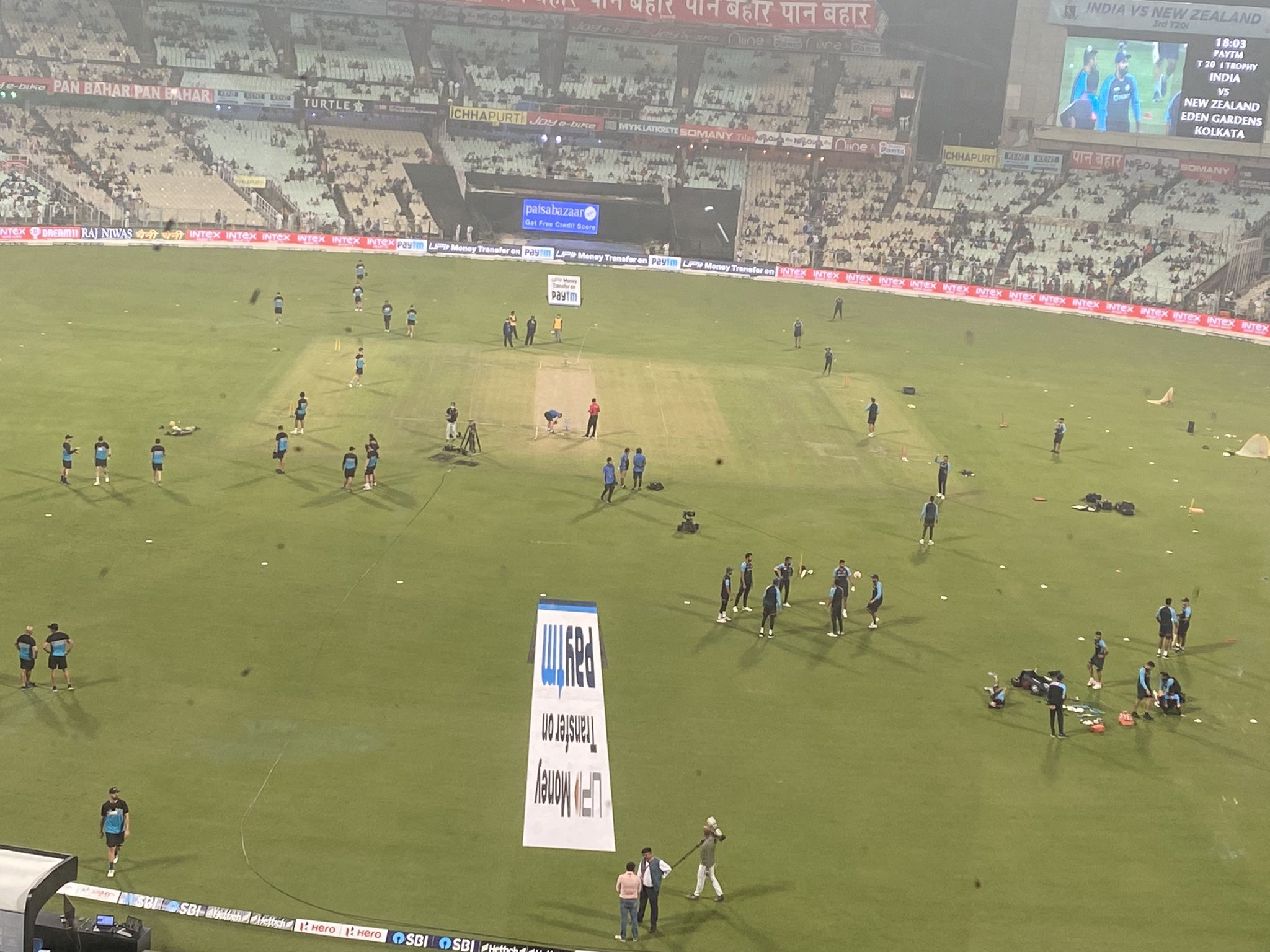 @6PM: Rohit Sharma’s love affair with Eden Gardens is well-known. Can he dominate at Eden once again?

Rohit Sharma didn’t rule out changes for the upcoming fixture either.

“It is early to think about changes in the next game. Whatever suits team India, we’ll do that. We need to make sure we look after the guys who are playing now. They haven’t played a lot either. For the guys who haven’t played, their time will come, there are a lot of T20s,” he said post-match.

For more sports news and India vs New Zealand LIVE updates, follow us at insidesport.in