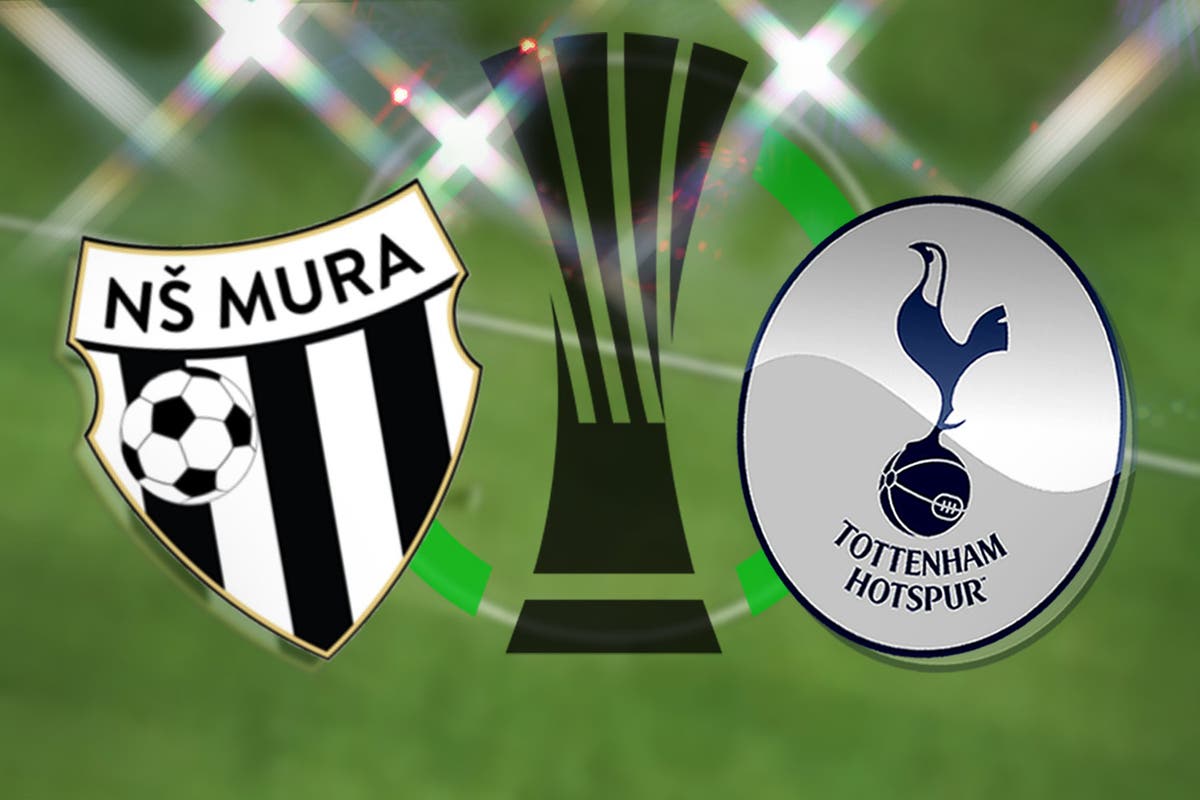 Antonio Conte can guide Tottenham through to the next round of the Europa Conference League this evening with a win in Slovenia.

Should Spurs come out victorious, something they are strongly favoured to do, and Rennes manage to overcome Vitesse, they can look forward to the next round of a competition they could surely consider as winnable.

That might not be saying a lot given the club’s ambition to compete at a higher level but it could at least set a good precedent as the Conte era begins in earnest.

While the Italian has largely relied on the same players since taking over from Nuno Espirito Santo, it seems reasonable to expect changes this evening, particularly with the Premier League fixture schedule about to ramp up.

Follow all the action LIVE with Standard Sport’s dedicated match blog. Malik Ouzia will be reporting from the ground.

The home side are winning seemingly every 50/50 challenge and Tottenham have been so sloppy going forward, it’s like the worst days of Nuno reign.

Wasn’t quite in the script, that. It was a moment of magic from Tomi Horvat, but Spurs’ backline were guilty of being a bit hesitant, not for the first time in the opening quarter-of-an-hour. What Conte would have been hoping would be a comfortable evening has just gotten a little more complicated.

10:00 – Tomi Horvat, who caused problems in the first leg, scores a brilliant goal after Sanchez leaves him in space.

Spurs not exactly firing on all cylinders

07:00 – Mura almost in behind just now but Sessegnon does well to cover.

Not exactly inspiring from Spurs so far.

Dele Alli’s made a pretty bright start for Spurs and it looks like his runs beyond Kane will cause plenty of problems. He’s less than pleased with Doherty – who’s had a few loose early touches – as the wing-back fails to spot his run and tries to pick out Gil instead.

03:00 – Not too much to report in the early stages but it seems Kane is looking to link up with Doherty in particular.

It’s just coming up to 6:30pm local time here in Maribor and it feels like the temperature has dropped significantly even in the hour we’ve been in the ground. Worth remembering that the Stadion Ljudski vrt is not actually Mura’s home ground – they usually play a good 50km from here in the town of Murska Sobota.

The results of the Evening Standard poll

“There is an ambition to win a trophy in Europe, why not with Tottenham?”