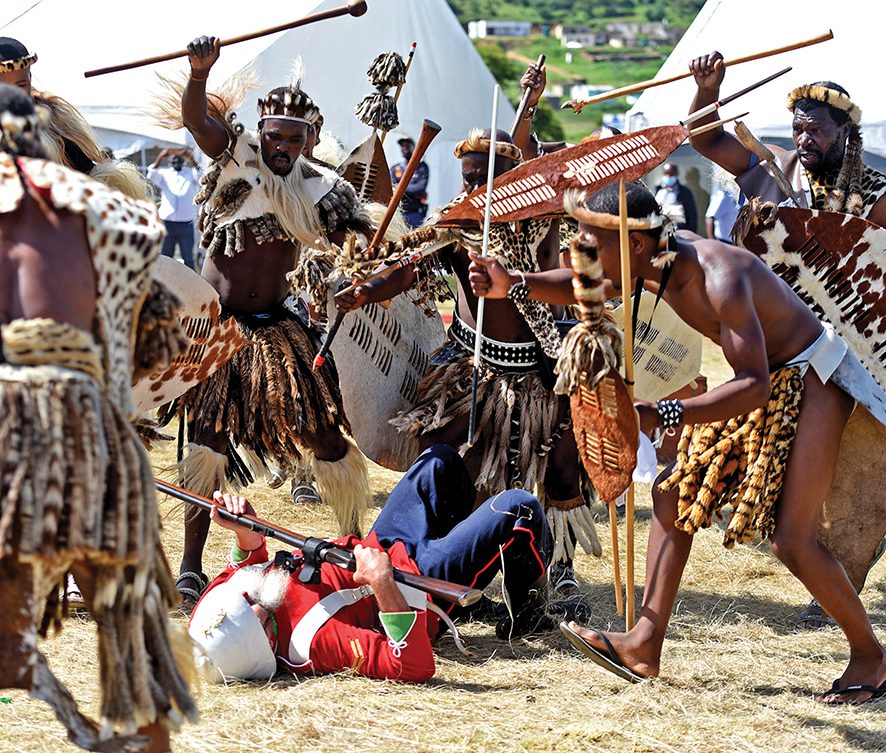 Characterised by a lack of economic activity and soaring unemployment levels among young people, the rural village of Nquthu under uMzinyathi district, northern KwaZulu-Natal, wants to be a highly sought-after heritage tourism destination.

Among the interesting and distinctive features of the  area is that it is  the only village in the heartland of Zululand where the dominant Zulu is spoken alongside Sotho, Pedi, Tsonga and Tswana. In fact, there are schools that offer these languages as a medium of instruction.

The area, whose name is derived from the Zulu word meaning the back of the head, also has an indelible place in the history of Zulu resistance.

The area is nestled on the foothills of the world-famous Isandlwana mountains, where a contingent of Zulu warriors defeated British troops in 1879.

Despite its rich credentials and enormous potential, the rural town remains a sleepy place.

But Nquthu mayor Zama Shabalala said the winds of change have begun to blow, promising to unlock new job opportunities for the villagers and boosting the local economy through cultural and heritage tourism. Key to his plan is the annual rural horse racing event, which he says has proved to be one of the signature events that attract tourists from other provinces.

“The rural horse racing event serves as a springboard for our heritage tourism plan. Rural horse riding was an informal sport enjoyed by locals  ages ago. The municipality formalised the event and we are hosting the event for the second year and this is where we market rich heritage sites. We have identified heritage tourism as an area where we will create new jobs,” said Shabalala.

Lebo Moloi, a local tourism operator, said there are bottlenecks that still need to be addressed in the heritage tourism sector to ensure that small players benefit.

“We are glad that the political leadership has committed to invest in the sector. Heritage and cultural tourism are money spinners for some countries and are the backbone of rural economies. Tourism has overtaken mining and agriculture and this is where young people should be absorbed,” he said.

Nquthu, which is home to more than 170 000 people, is the birthplace of many renowned public figures such as Kelly Khumalo, ANC Women’s League president Bathabile Dlamini and former MTN Cameroon CEO Philisiwe Sibiya. The world-famous traditional healer, Sosobala Mbatha, who was the first black man in South Africa to purchase an aircraft, also comes from the village.