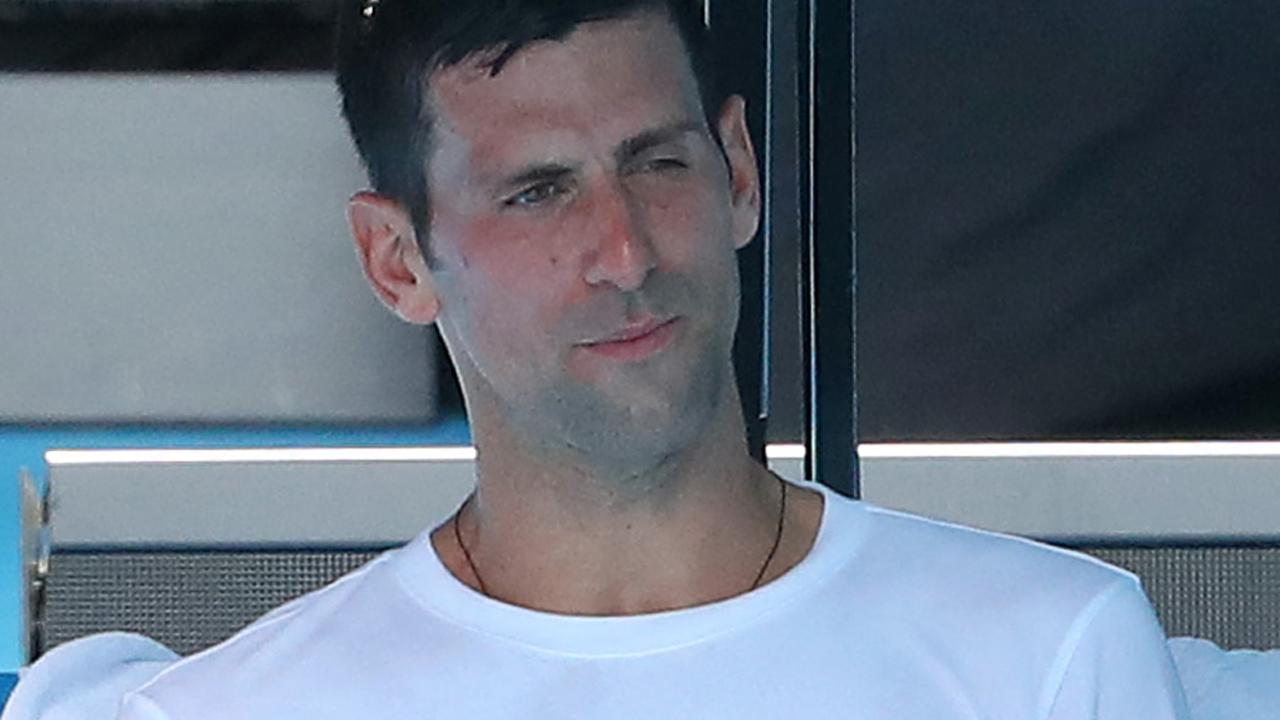 A community of self-proclaimed “freedom fighting” anti-vaxxers are claiming tennis star Novak Djokovic as one of their own amid his controversial visa battle with the government ahead of the Australian Open.

The unvaccinated Serbian player received a medical exemption to compete but was told last week by Australian Border Force when he arrived in Melbourne he had insufficient evidence to prove he could enter the country.

Djokovic was kept in a Melbourne detention hotel until the end of a hearing on Monday, when the decision to rescind his visa was quashed.

Notable far right group Reignite Democracy Australia, which has an extensive history of promoting Covid-19 vaccine misinformation, suggested Djokovic had become “the beacon of hope for the entire freedom movement”.

A post on Twitter on Friday accused the government of making a “big mistake” in its handling of Djokovic, who it claimed to adopt as its leader.

The page also shared a graphic with a photo of Djokovic at the airport and a quote from his dad, Srdjan Djokovic, who suggested his son’s battle would set a precedent for “the whole world”.

In April 2020, before the Covid jab was available, Djokovic revealed he was “opposed to vaccination” and expressed he wanted to have “an option to choose what’s best for my body”.

He did however concede he was “not expert” and would keep an “open mind” when it came to vaccinations against Covid-19.

In a subsequent Facebook video, he went on to say he “wouldn’t want to be forced by someone to take a vaccine” to travel or compete in tournaments.

At the time, Djokovic said he was “curious about wellbeing and how we can empower our metabolism to be in the best shape to defend against impostors like Covid-19.”

Djokovic an anti-vaxxer’s ‘beacon of hope’

The advocacy group shared a lengthy blog post to its website after coining Djokovic an anti-vax “hero”, claiming his motivation to enter Australia unvaccinated was driven by a desire to “stand up for human rights”.

It went on to describe his unorthodox method to enter and stay in the country as “heroic” and that he would now be regarded “our hero, our leader, and our beacon of hope”.

The stance came as a surprise to several followers of the group after it originally argued Djokovic was unfairly granted entry to Australia because of his high profile status.

“Why are celebrities treated differently to everyday hardworking Aussies? Surely you can see the inconsistencies now? Come on people, wake up if you haven’t already,” a tweet two days earlier read.

The group has a lengthy history of sharing anti-vaccination rhetoric, including false claims suggesting the jab is not safe or effective.

Anti-vax micro-party Informed Medical Options Party has also adopted Djokovic as its poster boy – using him in its attempt to push the idea that Covid safety measures are politically driven.

Mr O’Neill claimed Djokovic being held in a detention hotel was an example of Australia descending “into a level of stupidity previously unimaginable”.

“The world’s leading tennis player Novak Djokovic imprisoned to feed the currency of fear the Prime Minister hopes will win him an election,” he wrote in the video’s caption.

Djokovic is awaiting a decision from Immigration Minister Alex Hawke on whether his visa will be cancelled following doubts his medical exemption was justified.

In a statement released Wednesday, Djokovic conceded a member of his team had made a mistake on his travel declaration, and he had wrongly delivered an interview while knowingly having Covid-19.