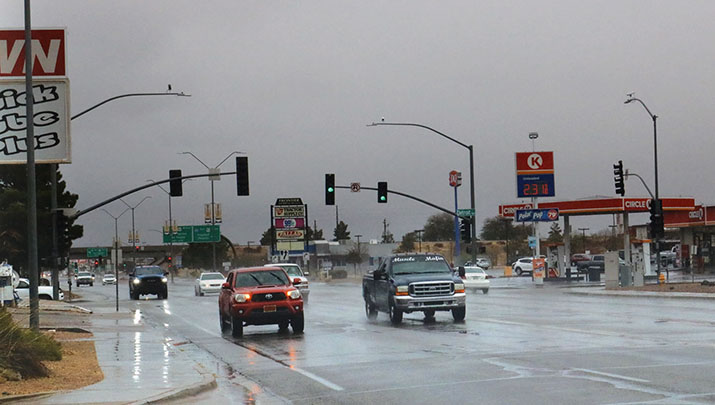 KINGMAN – There’s a 90% probability of rain in a single day on Monday, March 28 within the Kingman space, in accordance with the National Weather Service.

The alternative for some uncommon precipitation begins through the day on Monday, with NWS calling for a 30% probability of showers after 11 a.m.

The chance of rain will increase to 90% in a single day, with a 60% probability of further precipitation on Tuesday, March 29.

It may even be considerably cooler, after highs within the mid-80s final week.

Wind can also be anticipated with south winds of 11-25 mph and gusts as much as 36 mph on Sunday and Monday.