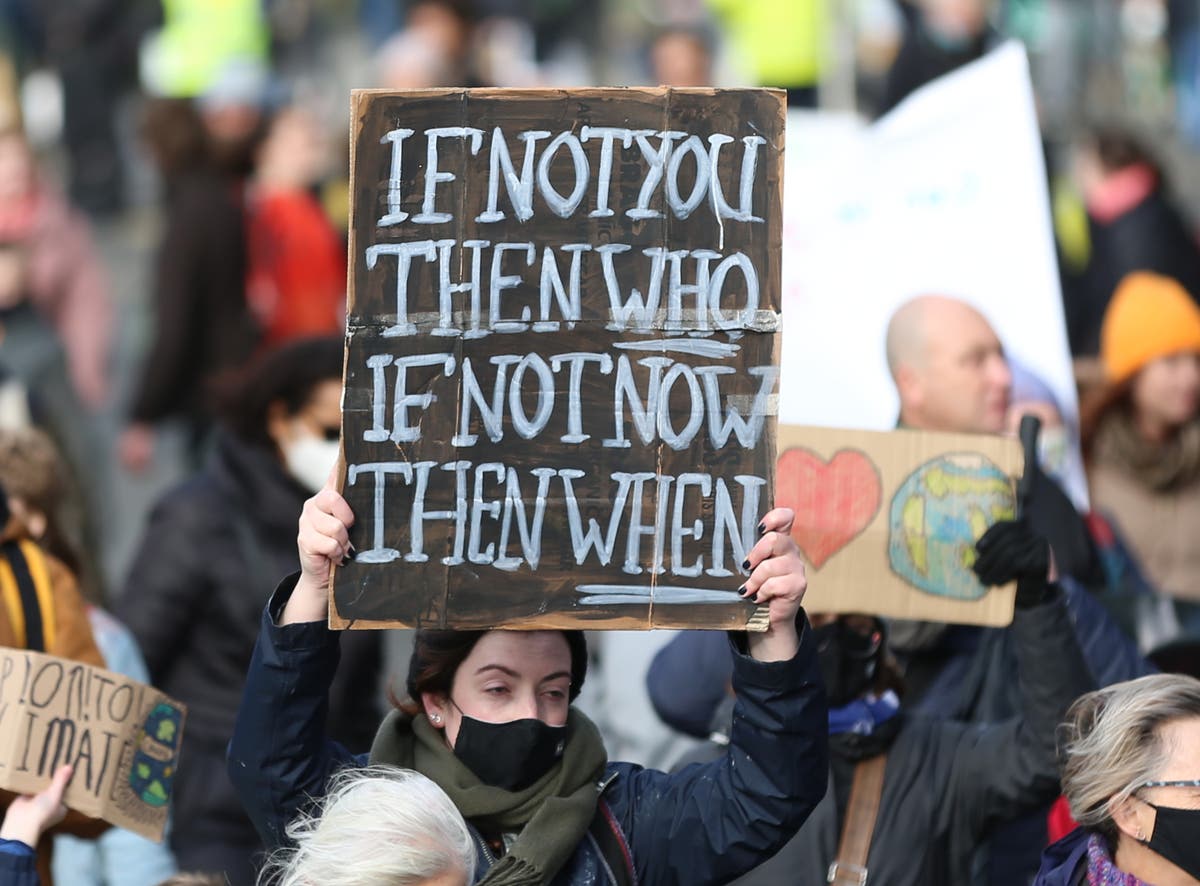 he civil litigation movement against major polluters is gathering pace, activists say, and more lawyers are needed to join the fight.

Campaigners are increasingly turning to the law to help fill a vacuum left by a lack of regulation that would force companies and countries to comply with the Paris Agreement.

Greenpeace says precedent-setting rulings by courts in multiple jurisdictions finding that it is up to nation’s to protect future generations means the fight is getting easier.

Emerging science quantifying the role of climate change in extreme weather could also spell legal problems for both governments and major corporations, it said.

Jennifer Morgan, executive director of Greenpeace International, said more lawyers should get involved, telling them: “You will be part of a growing community that is basically just taking (polluters) to court and winning.”

Greenpeace announced on Tuesday it is suing Volkswagen for failing to transform both production and its supply to keep its emissions in line with the goals of limiting global warming to 1.5C.

The announcement came ahead of “transport day” at the Cop26 climate summit, where many countries are unveiling their plans to shift towards electric vehicles.

According to Greenpeace’s analysis, to comply with the Paris Agreement, Volkswagen must reduce its emissions by 65% by 2030 compared to 2018 levels and phase out combustion engine production by 2030.

The case relies upon a ruling by German ’s Federal Constitutional Court in April this year that future generations have a fundamental right to be protected from climate change.

Jennifer Morgan, executive director of Greenpeace International, said the principle of “intergenerational equity” was at the core of the ruling in Germany and would drive forward litigation elsewhere.

Speaking at an event at Cop26, Ms Morgan said: “(The German court) found that the inadequate plans that have been put forward to meet these net zero targets would result in an unconstitutional shift in the burden of emissions reduction on young people.”

She continued: “Future generations would face the task of reducing emissions at just impossible speeds.

“So there you have inter-generational equity coming in in the courts and I would imagine that will also come in more.”

Ms Morgan said that attribution science, an emerging field that attempts to measure the role of climate change in driving extreme weather events, was another factor that could form the basis of lawsuits.

“Attribution science can link these events to companies that have contributed and are responsible for the rise of global average temperature, (in order) to hold them liable, which is a very big step forward both for science and for litigation,” she said.

You will be part of a growing community that is basically just taking (polluters) to court and winning.

Ms Morgan called on both lawyers and civilians to join the legal battle against big polluters.

“If you are a lawyer, come in, if you are a person that’s been impacted, defend your rights and you will be part of a growing community that is basically just taking (polluters) to court and winning.”

She told the PA news agency: “I think there is more awareness of the power of the law than ever before and people are fed up with policy processes that fail and so they are they going to the courts – and we are seeing more wins around the world.”

She continued: “We had the court order that Royal Dutch Shell had to reduce its emissions by 45% to 2030 – that would have been unthinkable only a couple of years ago so that’s quote a dramatic shift in judges views.”

Ms Marjanac added: “Litigation is critical because where legislators aren’t stepping in to put hard rules around (emissions), litigation can fill that gap and it will.”

“Progress is slow, litigation is a slow process and it tends to follow behind social movements but it will catch up to them eventually, and it may catch up before the politicians.”

Shefali Sharma, director of Institute for Agriculture and Trade Policy (IATP), said that big agribusinesses could soon find themselves in the line of fire.

“There is public scrutiny on fossil fuel carbon majors but there is not even a fraction on that kind of scrutiny on the meat and dairy majors.”

She continued: “It is starting, there is a greater discussion about livestock emissions, but I think there isn’t that much scrutiny on the companies themselves and they are the ones that are driving this kind of destructive model.”

Ms Sharma cited the example of a Danish meat producer that was successfully sued for making false claims about the sustainable credentials of its products.

“So that was the first litigation against a meat company, so clearly the area of litigation around these companies is full of opportunity.”

Volkswagen has been approached for comment on the Greenpeace lawsuit.