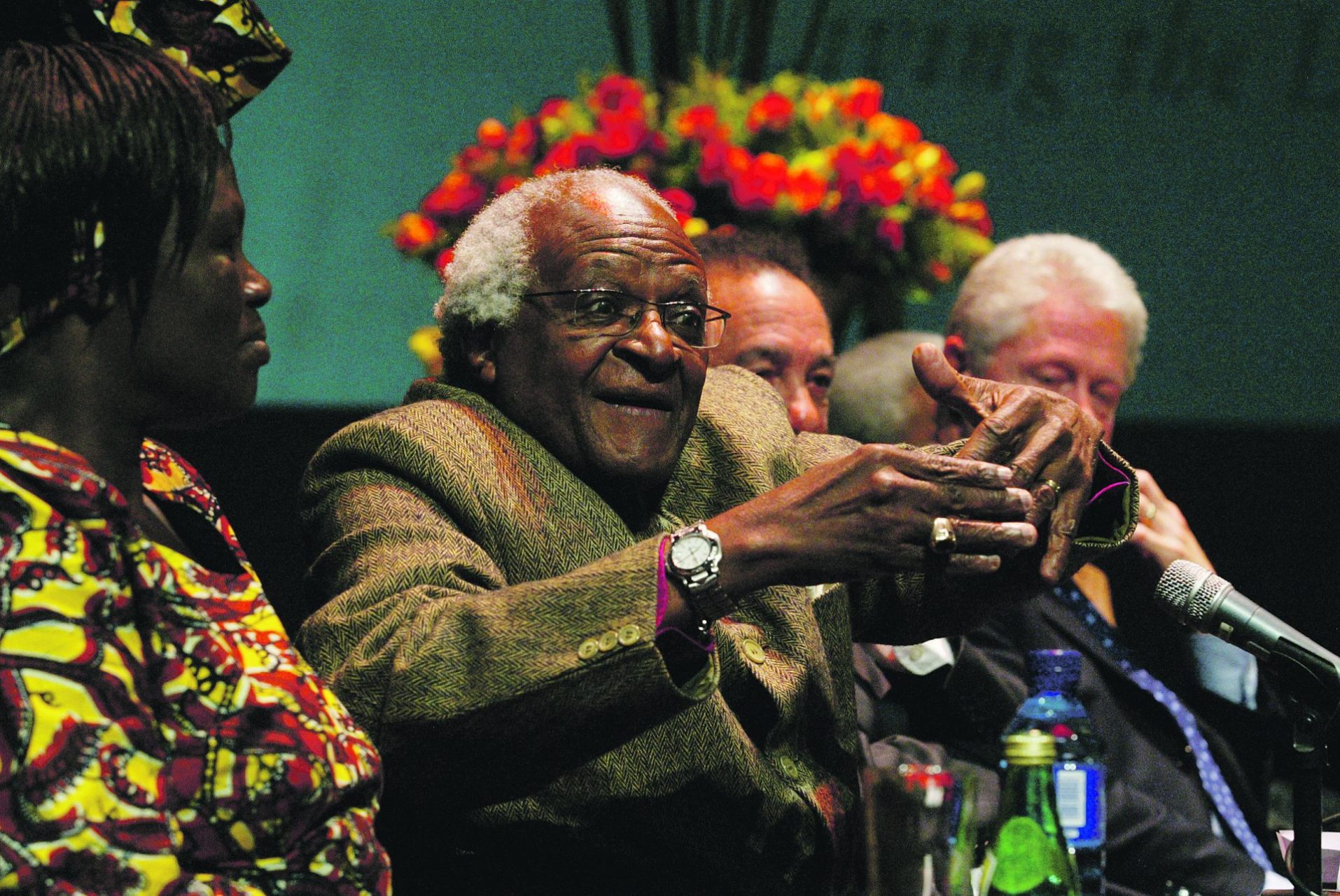 Johannesburg- On Tuesday, November 23 2004, Archbishop Emeritus Desmond Tutu, who was laid to rest in Cape Town yesterday, regaled his audience during a powerful rendition of the second Nelson Mandela Annual Lecture in which he described him as a moral colossus … an icon of forgiveness, compassion and magnanimity and reconciliation.

Sunday World today reproduces that historic speech in honour of this great South African compatriot who poignantly taught us that truth cannot suffer from being challenged and examined.

“What a great honour to have been invited to give this year’s Nelson Mandela Lecture following on the inaugural lecture by President Bill Clinton.

I fondly thought that Madiba was my friend and so, like a good friend, I told him I wasn’t impressed with his sartorial taste and his penchant for these gaudy shirts.

Do you know how he treated this friendly advice, well, he retorted: “That’s pretty thick coming from a man who wears a dress in public?”

Now can you beat it? No, I am glad to have been asked and I think he probably, on his better days, acknowledges that he just might like me a little bit.

We are celebrating 10 years, a whole decade of freedom and it is an opportunity for us to look back to assess our achievements and note our failures as we stride purposefully into the glorious future.

That is why I have chosen as my title words from the prophet Isaiah: ‘Look to the rock from which you have been hewn.’

I have been saying that we South Africans tend to sell ourselves short. We seem to be embarrassed with our successes. We have grown quickly blasé, taking for granted some quite remarkable achievements and not giving ourselves enough credit.

Of course, we have problems, serious, indeed devastating problems; but can you please point to any one country in the world that has no problems?

I think we should change our perspective. If we are forever looking at our shortcomings and our faults then the mood will be pervasive and pessimistic, and in a way, we will provide the environment that encourages further failure.

Hey, the world has still not got over the fact that we had the reasonably peaceful transition from repression to democracy.

Have you forgotten how we were on the brink of comprehensive disaster when most people believed we were going to be overwhelmed by a ghastly racial bloodbath?

Have you forgotten so soon what used to happen on our trains when no one could guarantee that if they went off to work in the morning, they were going to return alive in the evening, when we had indiscriminate killings on the trains, in the taxis and buses?

Things were in such a desperate state.

Do you recall the attacks that happened in the hostels; just think of the massacres that were taking place at regular intervals – Sebokeng, Thokoza, Bisho, Boipatong and the killing fields of KwaZulu-Natal because of the bloody rivalry between Inkatha and the ANC?

Have we forgotten the AWB raid into Bophuthatswana and the World Trade Centre?

Yes, we did appear to be on the verge of bloody conflagration and disaster. But it did not happen. Instead, the world marvelled, indeed was awed, by the spectacle of the long lines of South Africans snaking their way slowly to the polling booths on that unforgettable, that magical day, April 27 1994.

We really do have much to celebrate and much for which to be thankful.

Hey, just look at us, which other country has a moral colossus to match Nelson Mandela? We are the envy of every single nation on earth. He has become an icon of forgiveness, compassion and magnanimity and reconciliation for the entire globe. We should also salute FW de Klerk who exhibited outstanding moral courage when he announced his breath-taking initiatives on February 2 1990 that set in motion the process of negotiating a revolution.

We, especially white South Africans, have tended to be dismissive of the Truth and Reconciliation Commission.

Almost everywhere else in the world you go it is held in the highest possible regard and considered to be the benchmark against which other such endeavours will now be judged.

Instead, the world stood open-mouthed at the revelation of such nobility of spirit, such magnanimity as victims of often the most gruesome atrocities forgave their tormentors and even on occasion embraced them.

Truly, there is no future without forgiveness.

Given where we come from, given our antecedents, it is amazing that we should have the stability we enjoy.

We were the world’s most despised pariah. South Africans had to skulk abroad hiding their nationality. Now we are, I think, still the flavour of the week.

The ugly caterpillar has metamorphosed into a beautiful butterfly. South Africans proclaim their national identity proudly. Many wear the new flag on their lapels and emblazoned on their luggage.

They want everyone to know they come from Madibaland.

Our constitution is widely acclaimed as one of the most liberal and most advanced.

Look at the remarkable role our land is playing in peace-making in Africa.

Our sporting exploits have not been something to sniff at. We have been rugby world champions and hosted the 1995 Rugby World Championship splendidly. We have hosted with panache the World Cricket Cup and the World Golf Cup, which we won.

Over 7-million people now have access to clean water, which they were denied before. And 1.4-million now have electricity available. We have an independent and vociferous press and an outstanding judiciary. These are accomplishments we should celebrate and trumpet.

Our diversity, which we must affirm and celebrate, is the diversity of race, language, culture, religion and of points of view.

We want our society to be characterised by vigorous debate and dissent were to disagree is part and parcel of a vibrant community.

Let us look to the rock from which we are hewn. We should lower the temperature in our public discourse and hopefully thus increase the light. We should not impugn the motives of others but accept the bona fides of all.

If we believe in something then surely we will be ready to defend it rationally, hoping to persuade those opposed to change their point of view. We should not too quickly want to pull rank and demand an uncritical, sycophantic, obsequious conformity.

We need to find ways in which we engage the hoi polloi, the so-called masses, the people, in public discourse through indabas, town hall forums, so that no one feels marginalised and that their point of view matters. Then we will develop a national consensus.

We should debate more openly, not using emotive language, issues such as affirmative action, transformation in sport, racism, xenophobia, security, crime, violence against women and children.

What is black empowerment when it seems to benefit not the vast majority but a small elite that tends to be recycled? Are we not building up much resentment that we may rue later?

It will not do to say people did not complain when whites were enriched. When was the old regime our standards?

And remember some of the most influential values we spoke about: ‘The people shall share.’ We were involved in the struggle because we believed we would evolve into a new kind of society. A caring, compassionate society. At the moment many of our people live in gruelling poverty.

We are sitting on a powder keg. We must work like mad to eradicate poverty.

We should talk about whether spending all that money on arms is morally justifiable in the face of poverty which poses the most immediate threat to our safety and security.

We should be able to say while it has been important to build over 1 million housing units that many of these are just not acceptable. They are our next generation of slums.

Yes, we are a scintillating success waiting to happen. We will succeed because God wants us to succeed for the sake of God’s world. For we are so utterly improbably a beacon of hope for the rest of the world.”

This is a shortened version of the address by Archbishop Emeritus Tutu. Read the full address by clicking here.