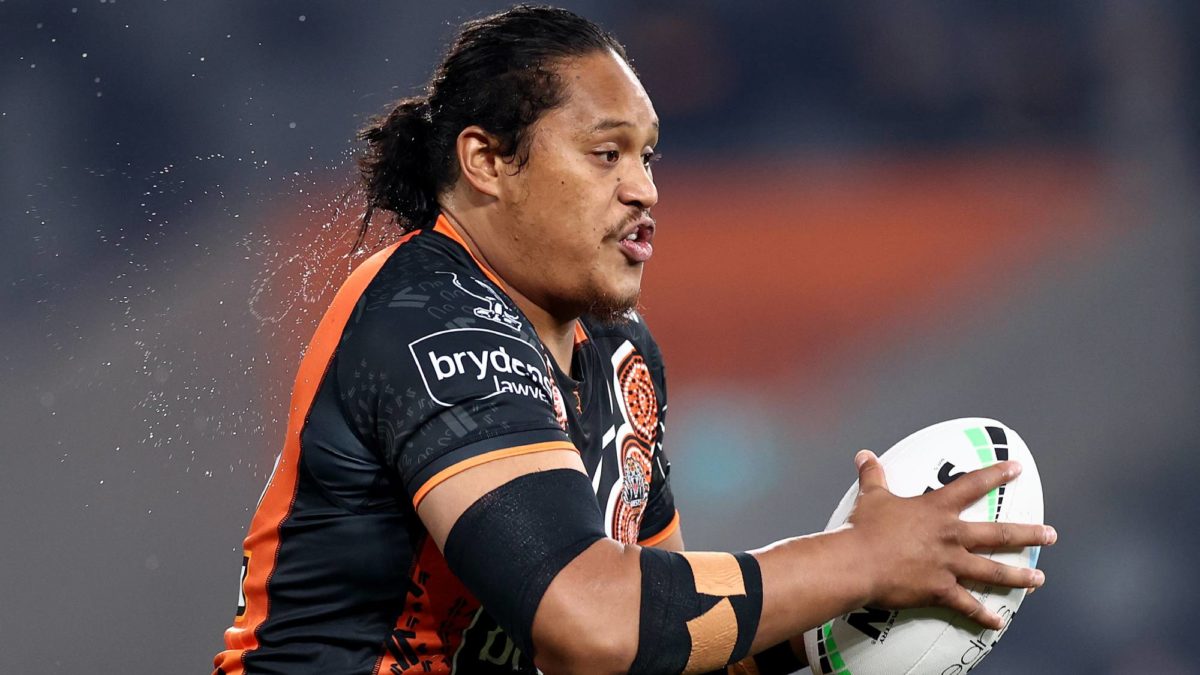 North Queensland have landed a massive coup, luring Luciano Leilua away from Wests Tigers on a three-year NRL deal from 2023.

In a big-money deal to be worth up to $2.2 million over the life of the contract, the Cowboys have confirmed that Leilua will join Jason Taumalolo in their back row.

North Queensland’s acquisition will give them a proper X-factor on the edge, as they fight to return to the finals for the first time since 2017.

The Cowboys had attempted to line up powerful Penrith second-rower Viliame Kikau on similar money, before he went to Canterbury.

At this stage no agreement has been reached for Leilua to follow his brother Joey out of the Tigers early and start with North Queensland in 2022.

“We’ve always been steadfast on our desire to add more experience to our forward pack, particularly in the edge back row position,” Cowboys general manager of football Micheal Luck said.

“Luciano is developing into an 80-minute backrower and he has some tools in his kit bag that not a lot of other players possess. He’s a threat with the footy and he can create for others through his passing, offloading and his ability to break the line.

“We believe he will add a significant point of difference to our attack and will be difficult for opposition defences to plan against.

“We’re also excited about the lessons Luciano can teach our young forwards through his experiences during the early years of his NRL career.”

It’s believed the Tigers weren’t willing to match the money the Cowboys were offering.

“Since his arrival, Luciano has made a strong contribution to Wests Tigers, and we have no doubt that he is firmly committed to delivering his best football with the club in 2022,” a statement read.

Just last week the Tigers picked up Isaiah Papali’i for $1.8 million over three years, or around $100,000 a season less than what Leilua was offered by the Cowboys.

But it comes in the same week they missed out on Josh Hodgson’s signature, after failing to come to an agreement with Canberra for an early release.

Again, the Tigers took the safe option with their money, refusing to budge on how much of Hodgson’s contract for next year they would cover.

The joint venture still have three spaces and more than $1 million in their cap left for next season, having long viewed 2022 as the year they get their cap back in order.