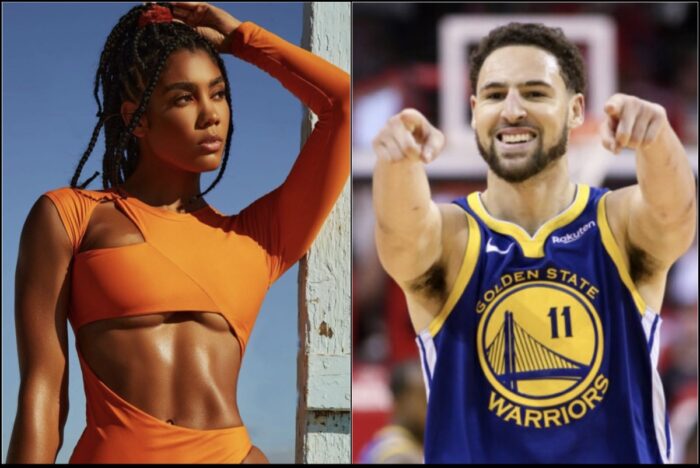 Klay Thompson is an American basketball player. He plays for Golden State Warriors in the National Basketball Association (NBA) as a shooting guard. Thompson is considered as one of the best shooters in the NBA along with his teammate Stephen Curry. We all know about Klay Thompson’s professional life but there is very little info about his private life. Thompson was dating Laura Harrier. Here are details about Klay Thompson girlfriend Laura Harrier net worth and her relationship with the NBA superstar.

The exact figure of Laura Harrier net worth is not known. But it is believed that Harrier earns a good amount of money. The model has featured in covers on numerous international magazines. Moreover, her first Hollywood success, Spider-Man: Homecoming, had earned more than $800 million worldwide.

She was born in Chicago, Illinois, on March 28, 1990 to Temujin Harrier and Linda Sagan. Her mother sent her to acting classes. She went to Evanston Township School. She took drama classes there until she graduated in 2008.

It is believed that she started modelling after graduation. She began modeling representing agencies like IMG Models and Wilhelmina Models. Within a short span of time, she appeared in magazines like Vogue, Cosmopolitan, and Glamour. Besides, companies like Target, ALDO, American Eagle, and L’Oreal featured her in their modeling campaigns.

Laura then switched to acting, her debut film was The Last Five Years (2014). She played a small role in 4th Man Out. Laura also played a role in Spider-Man: Homecoming, a Marvel comic movie. It was a worldwide hit.

They first met each other in 2018. They were seen attending a game of the Dodgers together. Klay and Laura made their relationship public by posting pictures on social media platforms.

In the year 2019, the rumour of their breakup was circulated. However, the couple vanquished the rumour with public appearances. Finally in the year 2020, they separated and it is believed that the reason was Klay partying with other girls that made Laura jealous.