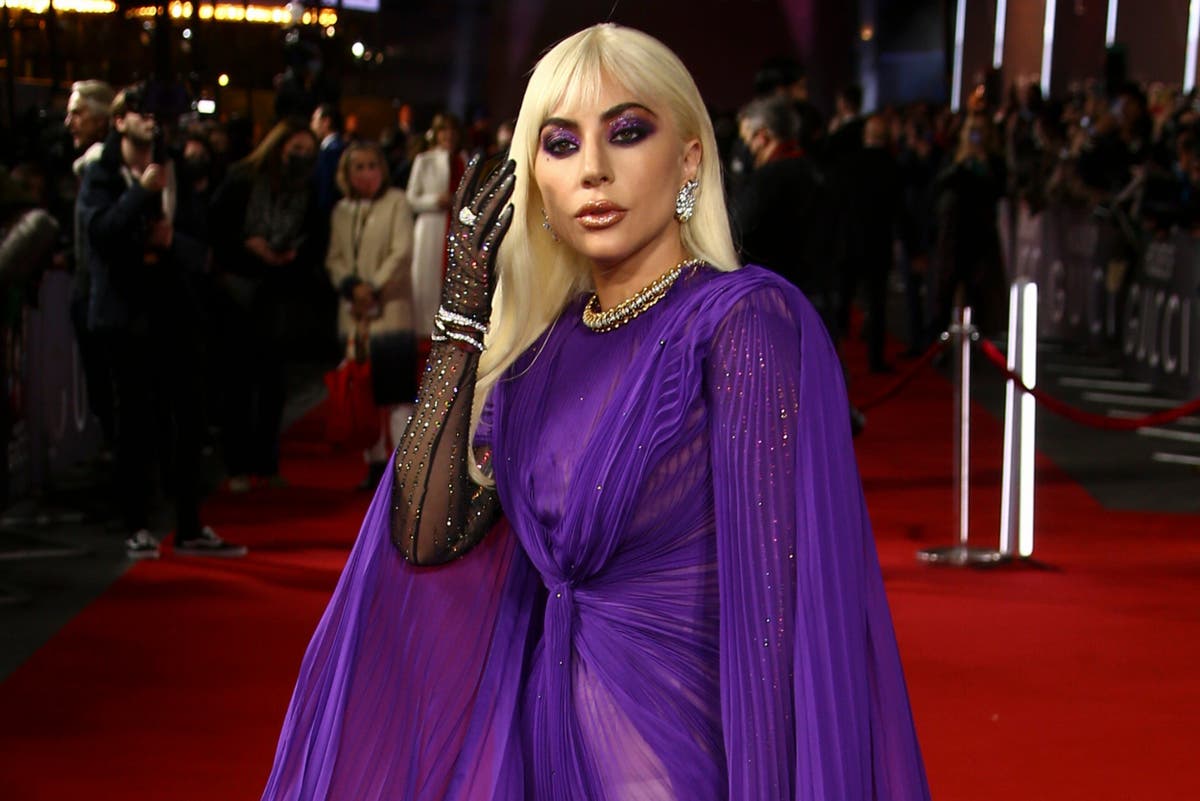 ady Gaga stole the show on the red carpet at the London premiere of the star-studded House of Gucci on Tuesday.

The songstress joined a whole galaxy of stars, including Jared Leto, for the screening at Odeon Leicester Square.

The singer dazzled as she stepped out in a purple Gucci dress featuring dramatic flowing sleeves.

Her thigh-split dress was cut to showcase knee-high stockings and towering high boots.

The A Star Is Born actress accessorised with sheer gloves and dressed in silver jewellery.

Leto didn’t let down the style stakes as he dressed in a velvet blue suit for the glittering occasion.

House of Gucci sets the stage for a story of madness, murder and glamour.

It gives a voice to Patrizia Reggiani (Gaga) who as an outsider from humble beginnings marries into the Gucci family – only for her ambition to clash with the family legacy.

The chain of events leads to betrayal, revenge and finally a murder.

She told VOGUE: “I had some psychological difficulty at one point towards the end of filming. I was either in my hotel room, livijng and speaking as Reggiani, or I was on set, living and speaking as her. I remember I went out into Italy one day with a hat on to take a walk. I hadn’t taken a walk in about two months and I panicked. I thought I was on a movie set.”

She continued: “It is three years since I started working on it [House of Gucci] and I will be fully honest and transparent: I spoke with an accent for nine months of that. Off camera, I never broke. I stayed with her.