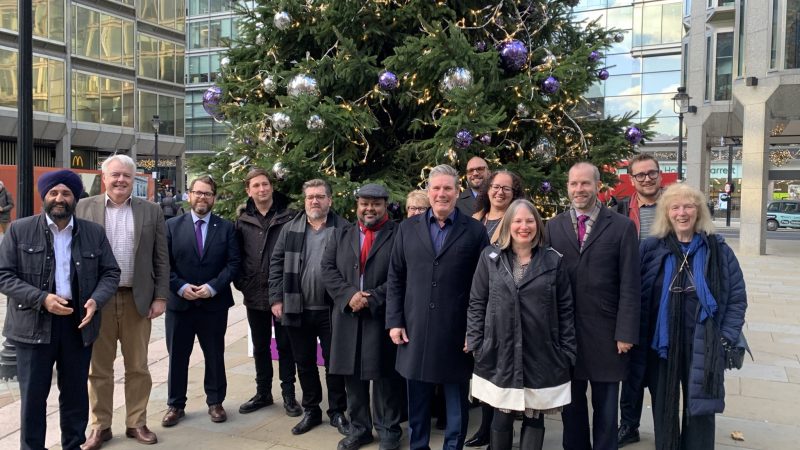 The Labour Party has set a new deadline of January 2022 for sharing the controversial Forde report – the release of which has been delayed indefinitely – with the party’s ruling body, the national executive committee.

The committee met in Southside, Labour’s headquarters in London, for an ‘away day’ on Thursday. The meeting, which finished on time at 5.30pm, was described as “really positive” by new chair Alice Perry.

NEC members from across the factional spectrum had positive responses to the away day, which was “good” according to Momentum’s Mish Rahman and “worthy and constructive” according to another member.

The Labour ruling body was told on Thursday that it could expect at the January NEC meeting a visit by Martin Forde QC, who chaired the investigation, and for the report itself to be shared with the NEC at that meeting.

The ruling body had been promised in July that parts of the Forde report – those not relating to the leak being investigated by the Information Commissioner’s Office – would be “released by the autumn”, but this has not happened.

The Forde Report is the result of an inquiry looking into the so-called ‘Labour leaks’ report, an internal document leaked online last year that explored Labour’s handling of antisemitism complaints and made allegations about former party staff.

Written by party staff amid the Equality and Human Rights Commission probe into Labour antisemitism, but not ultimately sent to the EHRC, the report denied that antisemitism cases were treated differently by the party than others.

Since the unredacted report was distributed online in April 2020, the party has been subject to legal action by people named in it – including ex-staffers such as Emilie Oldknow, Labour’s former director of governance.

The chair of the Forde Inquiry announced in February that its conclusion would be delayed indefinitely as it had “recently been made aware” that the Information Commissioner’s Office was investigating the same leaks.

On Thursday, Labour left NEC members led by Laura Pidcock and Nadia Jama tried to raise the issue of how disciplinary action is being taken in relation to newly proscribed groups, but ordinary business is not taken on an away day.

The motion proposed by Pidcock, seeking to “remove the retrospective application” of the proscriptions rule and “bring clarity” to what constitutes ‘support’ for the groups, will be heard instead at the January meeting.

Labour recently expelled Pamela Fitzpatrick, a councillor who was Labour’s 2019 Harrow East parliamentary candidate, apparently for speaking to the Socialist Appeal newspaper in May 2020 about her bid to be general secretary.

John McDonnell, Diane Abbott and other high-profile Labour left figures have spoken out publicly against the application of the proscriptions. Ann Black is also understood to have recently written a forceful email to general secretary David Evans expressing similar concerns.