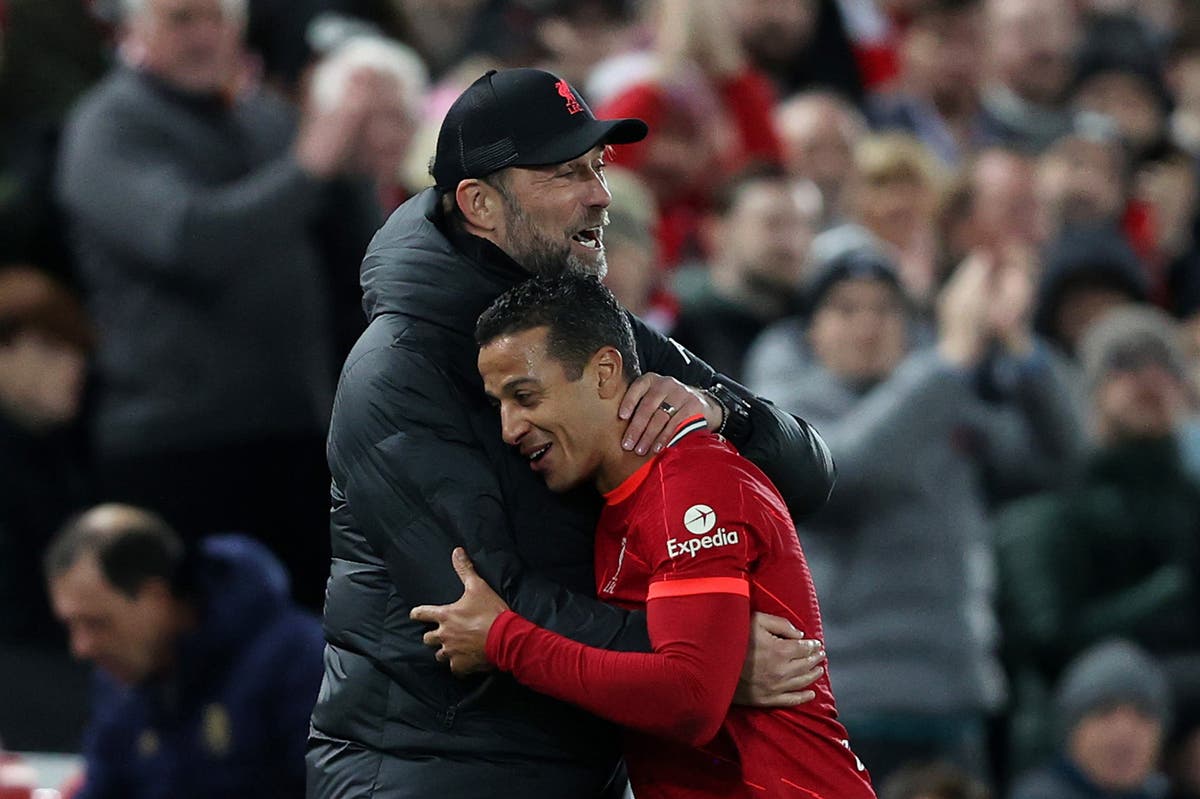 The Reds, with multiple changes to the team ahead of a busy run of matches, struggled to click into gear at Anfield on Wednesday night until the Spaniard broke the deadlock with an immaculate finish from outside the box.

Klopp said of the goal: “Whoever sees Thiago in training knows he has the technique to do it.

“But even with this technique it doesn’t happen constantly that he can fire such a thunderball.

“It was good timing, a great goal. We needed some luck in moments; [Porto] came through and had big chances counter-attacking which were tricky to defend but didn’t score.

“We scored twice and controlled the game much better in the second-half.”

Porto wasted a number of opportunities before Liverpool’s opener, which was added to by Mohamed Salah to secure a 2-0 win and maintain their 100 per cent record in the Champions League group stage.

But Klopp was careful not to pour too much praise on his rotated line-up, which included teenager Tyler Morton on his European debut.

“We could have lost this game tonight, we gave chances away when they could have scored so we should not make too much of it as we were lucky in moments,” he added.

“We had moments when we were not cool to play against. I didn’t expect that tonight because we changed decisive things, to be honest.

“We didn’t expect the boys to be a pressing machine immediately but to grow into the game and that’s what happened. A lot of good things happened tonight but I’m not sure we should make the mistake of saying we are this or that again.

“We will know at the end of the season – but we are in a good moment and we should try everything to keep that going.”