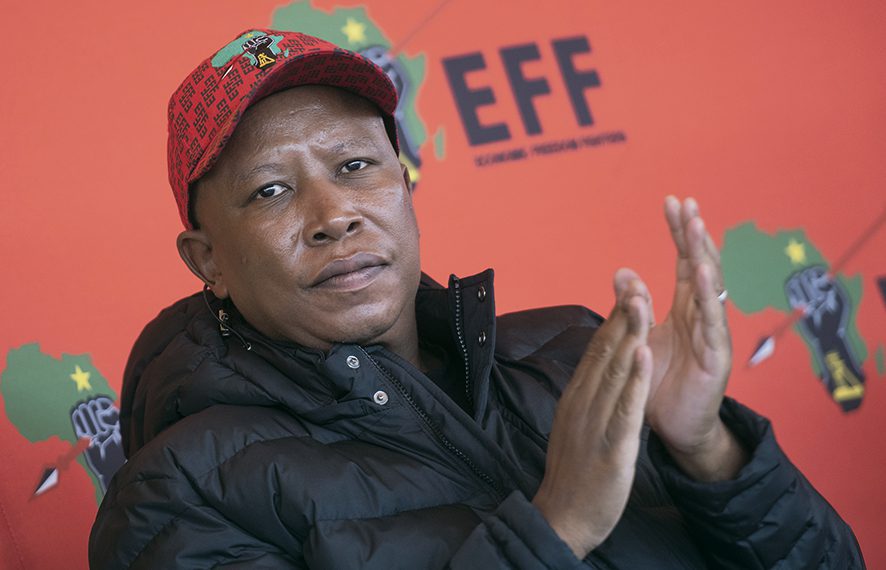 Two key state witnesses in the Julius Malema firearm discharge trial admitted on Tuesday that they never heard or saw the EFF leader firing a rifle during the party’s birthday celebrations in East London four years ago.

Retired SAPS Colonel Ngamlana Nkwali said the incident was brought to his attention after the video of Malema allegedly firing a rifle went viral on social media.

Malema has been charged alongside Gerhardus Adriaan Snyman, a member of his security team, for contravening the Firearms Control Act.

The state alleges that Malema discharged a firearm in public and recklessly put in danger the lives of other people. He has also been charged with unlawful possession of a firearm and ammunition.

Snyman is charged with failing to take reasonable precautions to avoid danger to persons or property and providing a firearm or ammunition to a person not allowed to possess it.

The pair has pleaded not guilty and offered no plea explanation.

Nkwali said he was in charge of policing during the EFF rally at Sisa Dukashe Stadium in Mdantsane. He told the court that he opened the docket after Malema’s video came to his attention.

Nkwali admitted during cross-examination by Malema’s counsel Laurence Hordes that he never saw him firing and was never shown any damage associated to him allegedly firing a dangerous weapon.

He further explained that he is not sure if the EFF commander-in-chief had fired the real gun, adding that he only recognised Malema from the video but could not recognise his co-accused.

Syman’s counsel Shane Matthews told the court that the defence team intended to challenge the admissibility of the video as evidence.