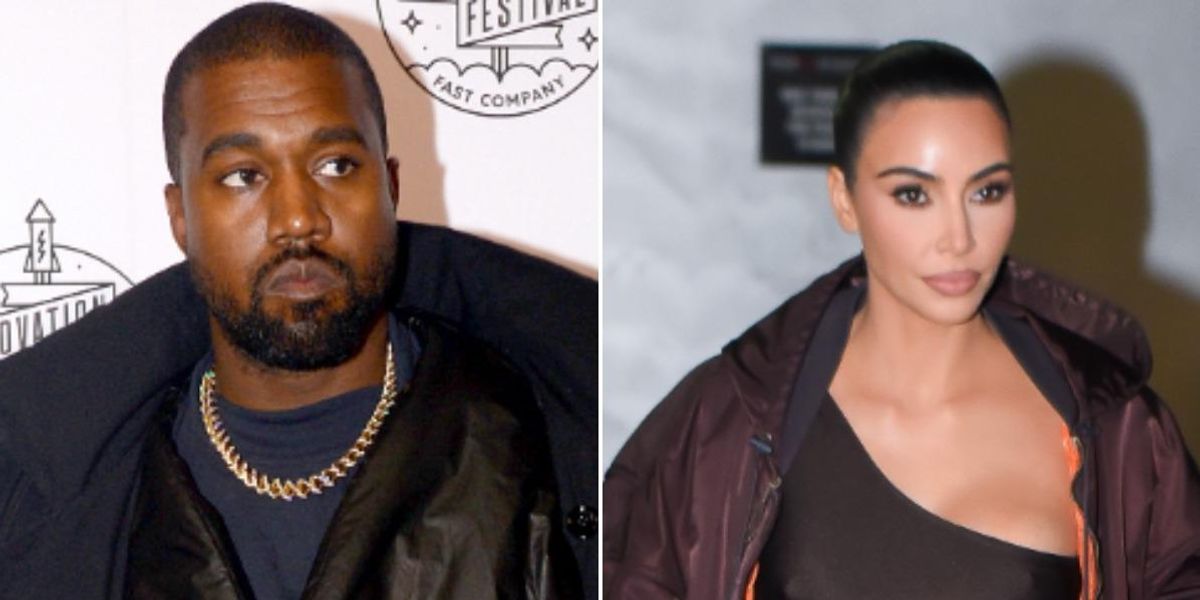 According to People, the rapper spoke at an LA Mission event about the importance of being with loved ones during the holidays, which led him to talk in the “most sane” and “calm way possible” about wanting to “restore” his own family by reuniting with ex Kim Kardashian.

“Now it’s time to restore the families this Thanksgiving. It’s all about restoring the family,” he said. “This morning I felt so blessed to wake up, to workout and be able to drive to my house and see my wife and my kids.”

Ye then went on to double down on calling Kim — who’s reportedly dating Pete Davidson — his “wife” and referenced his children before asking “everyone to pray for my family,” especially since he believes their reconciliation could inspire others to do the same.

“The narrative that God wants is for you to see that everything can be redeemed in all these relationships. We made mistakes. I’ve made mistakes,” he said. “I’ve publicly done things that were not acceptable as a husband, but I’m here to change that narrative.”

Not only that, but Ye went on to insist that when God “brings Kimye together, there’s gonna be millions of families that are going to be influenced and see that they can overcome, could work as a separation of trauma.”

“I am saying this because if the enemy can separate Kimye, there is going to be millions of families that feel like that separation is OK,” Ye continued before saying he’s also trying to be “next to my children as much as possible” by living next door to the house he used to share with Kim and his kids. However, he did not specify who exactly the “enemy” was.

Granted, this isn’t the first time Ye’s expressed a desire to stop the divorce proceedings and make up with Kim, as he recently appeared on the Drinks Champs podcast to say that their kids want them to stay together and, besides, “at the end of the day, I ain’t got the paperwork yet.”